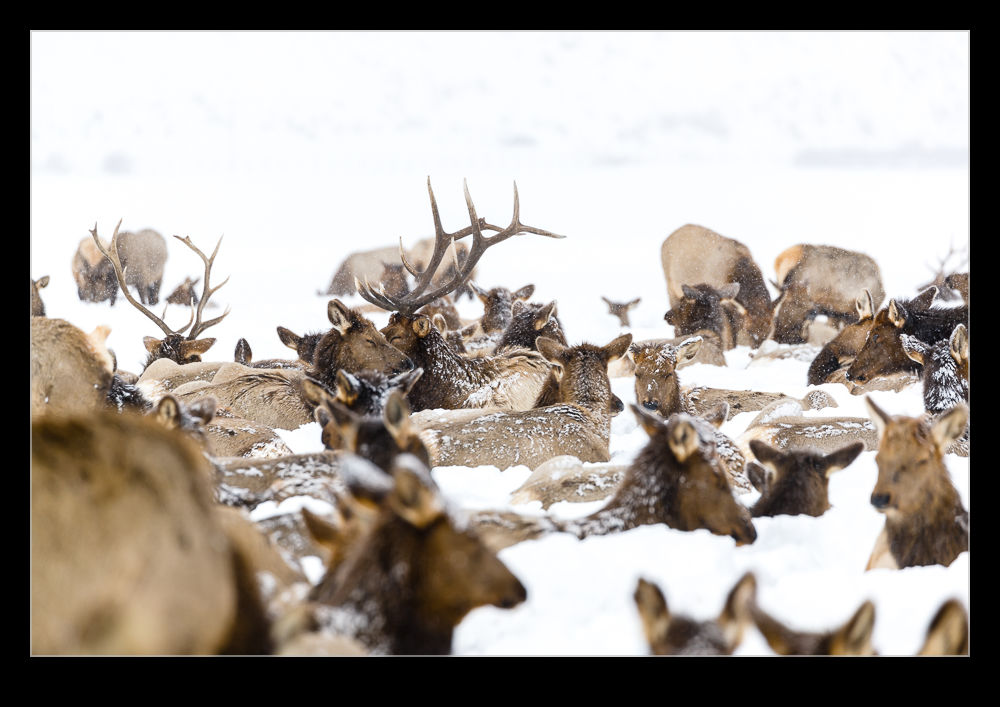 Located in Jackson WY is the National Elk Refuge.  This is a huge tract of land that has been set aside for the elk to winter in as other parts of their territory have been encroached upon.  During the winter, thousands of elk make their way down from the higher ground and feed in the refuge.  Elk are very skittish creatures and will not hang around if people are nearby.  However, they are also not the sharpest of animals and, if a person is within something else, they don’t recognize that they are there. 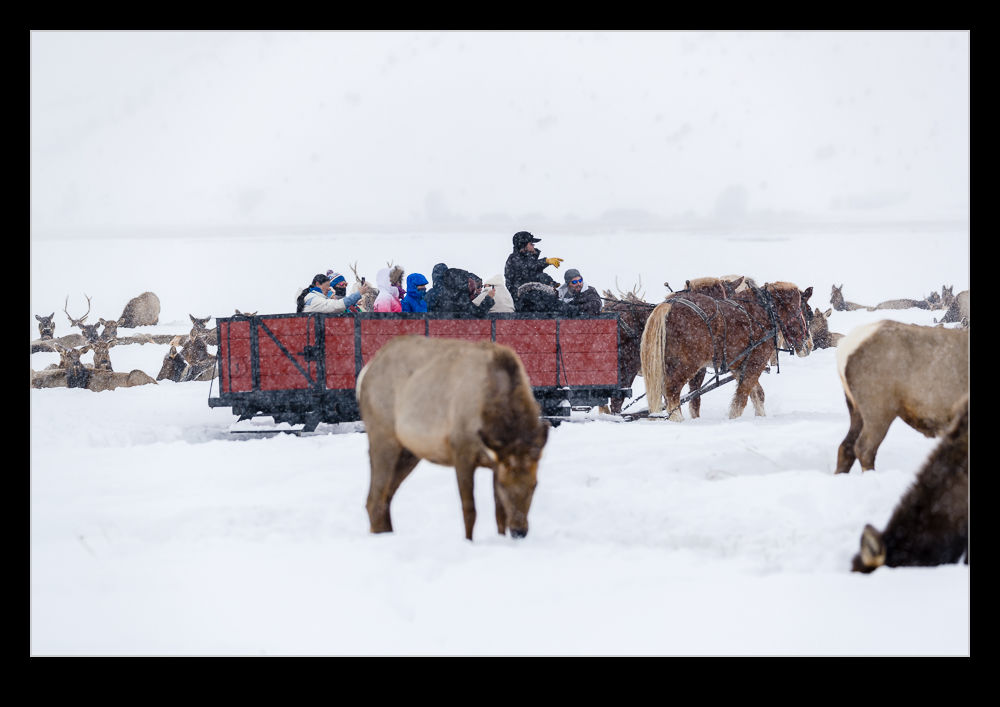 Consequently, it is possible to take tour groups through the refuge on sleighs.  These open sleighs are drawn by a pair of horses and carry about 20 people each.  If you were to step out of the sleigh the elk would be off but, provided you stay inside, they don’t much care about you.  They may look at you as you pass by but it doesn’t stop them munching. 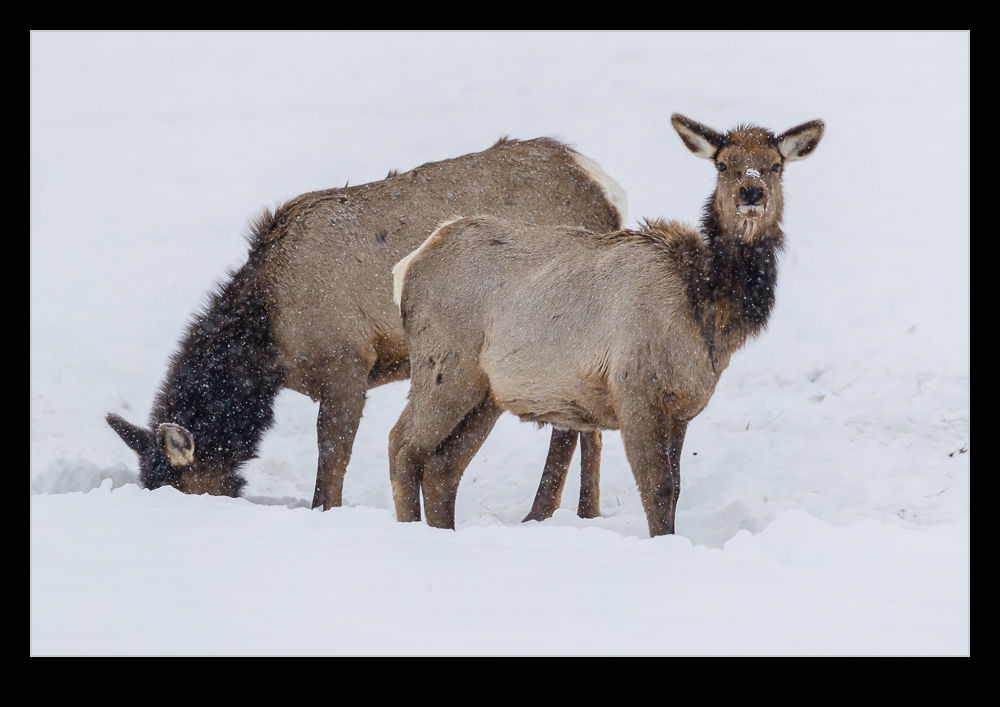 The sleigh ride is a lot less comfortable than you might think.  Despite the deep snow, things are very uneven and you lurch and bump along as you traverse the refuge.  There was a large herd quite close by (no doubt courtesy of the food that is periodically laid out) and we were able to make a loop around the whole herd without disturbing any of them.  We could have conversations at normal levels without a problem.  Just don’t drop anything out of the sleigh.  Getting out is forbidden. 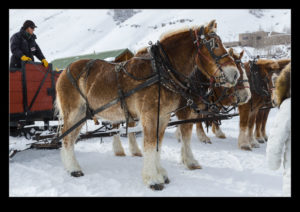 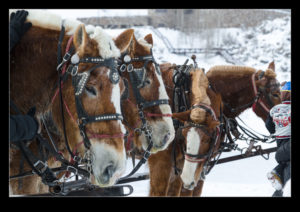 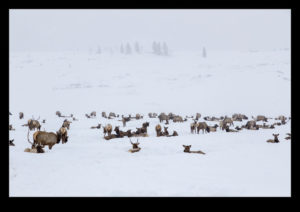 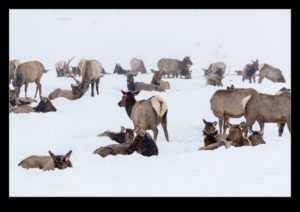 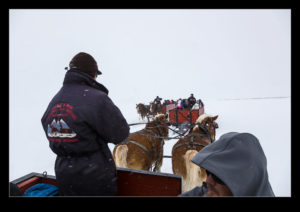 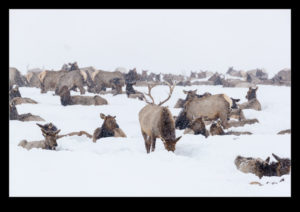