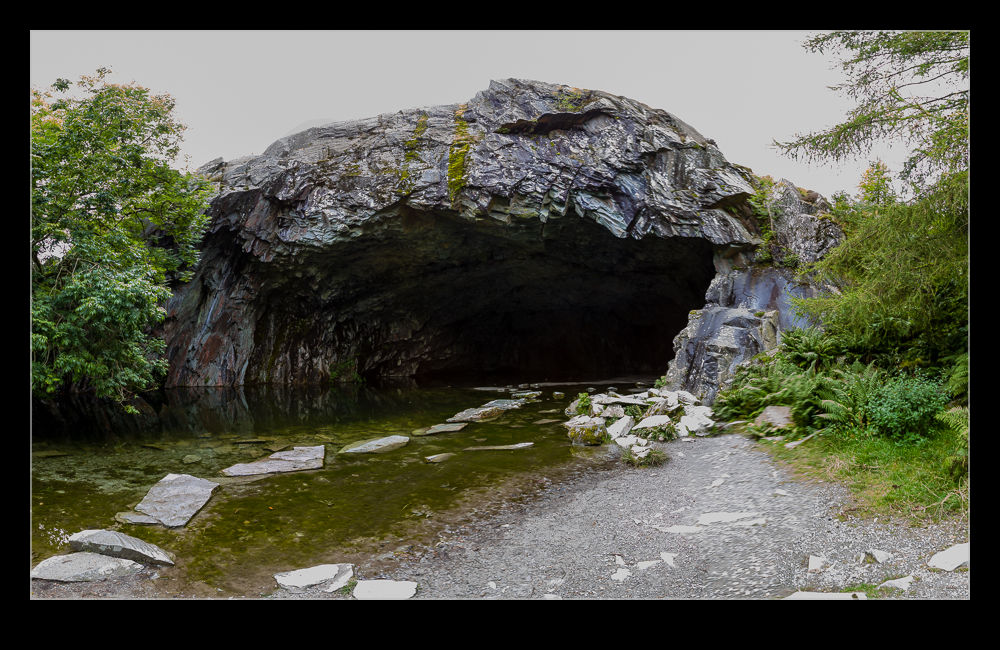 As we turned back towards Grasmere from Rydal, the path took us up the hill to the overlook of Rydal Water. At the top of the hill was a large cave. I have no idea whether it is natural or the result of some quarrying or extraction activity. It doesn’t really matter. It was a pretty large cave with plenty of water covering a lot of the floor. 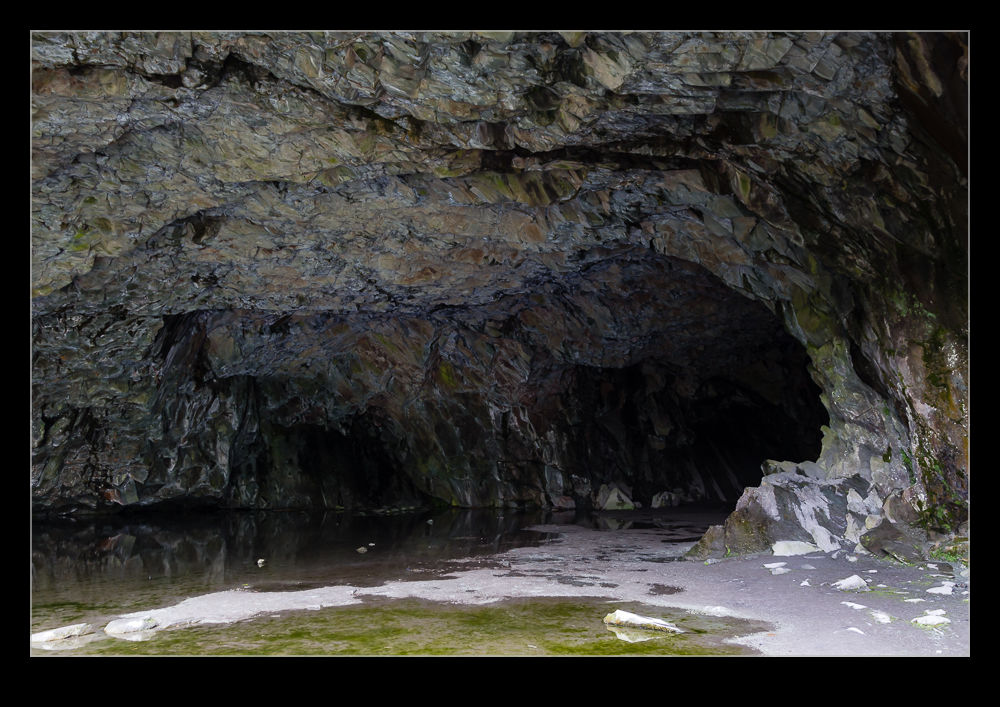 Getting shots of the cave made for a challenge. It was pretty large and way too big for the lens I was carrying for the hike. Therefore, I went with a pano stitch to cover the full thing. However, this brought in the other limitation of the shot. The range of light between the sky and the entrance to the cave was way too large for a raw conversion to cope with. Going with HDR combined with such a large pano stitch seemed like more hassle than I wanted to deal with for what was really just a vacation snap shot. 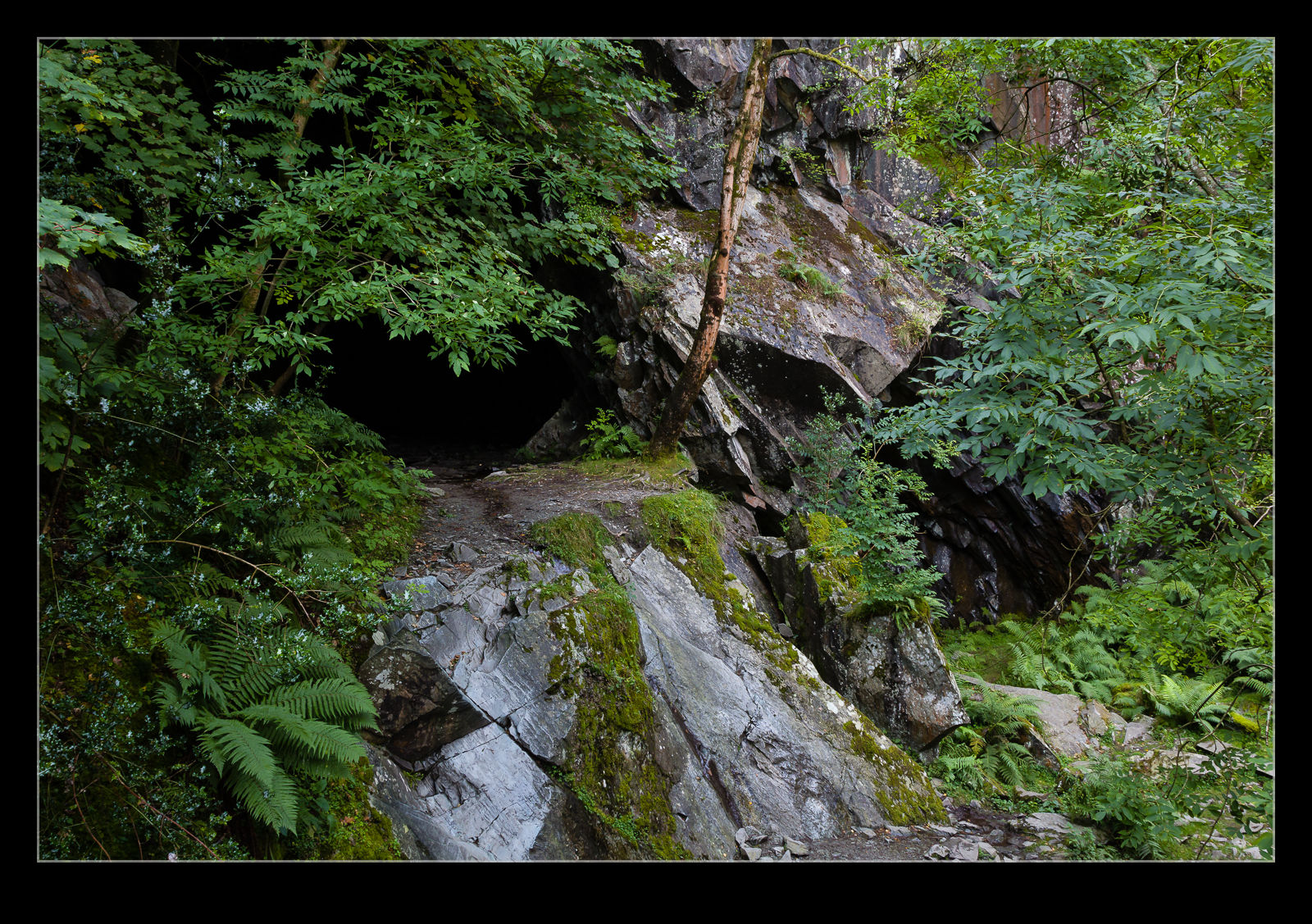 I did head in to the entrance of the cave a short distance to see how far it went back. My cameras may be rather old and left in the dust by the modern bodies when it comes to high ISO shooting but they can still do a reasonable job of picking out the detail in a very dingy environment. 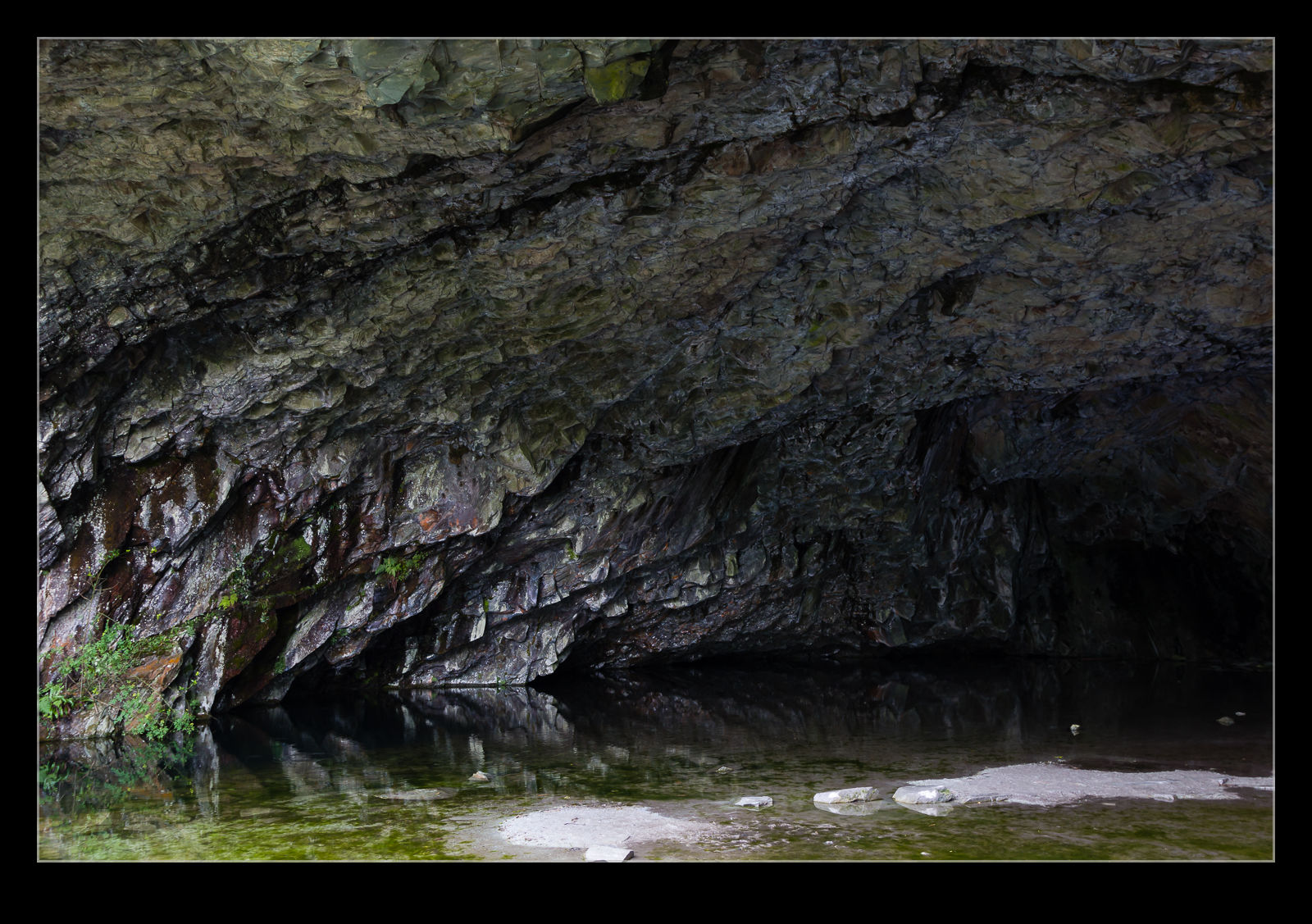