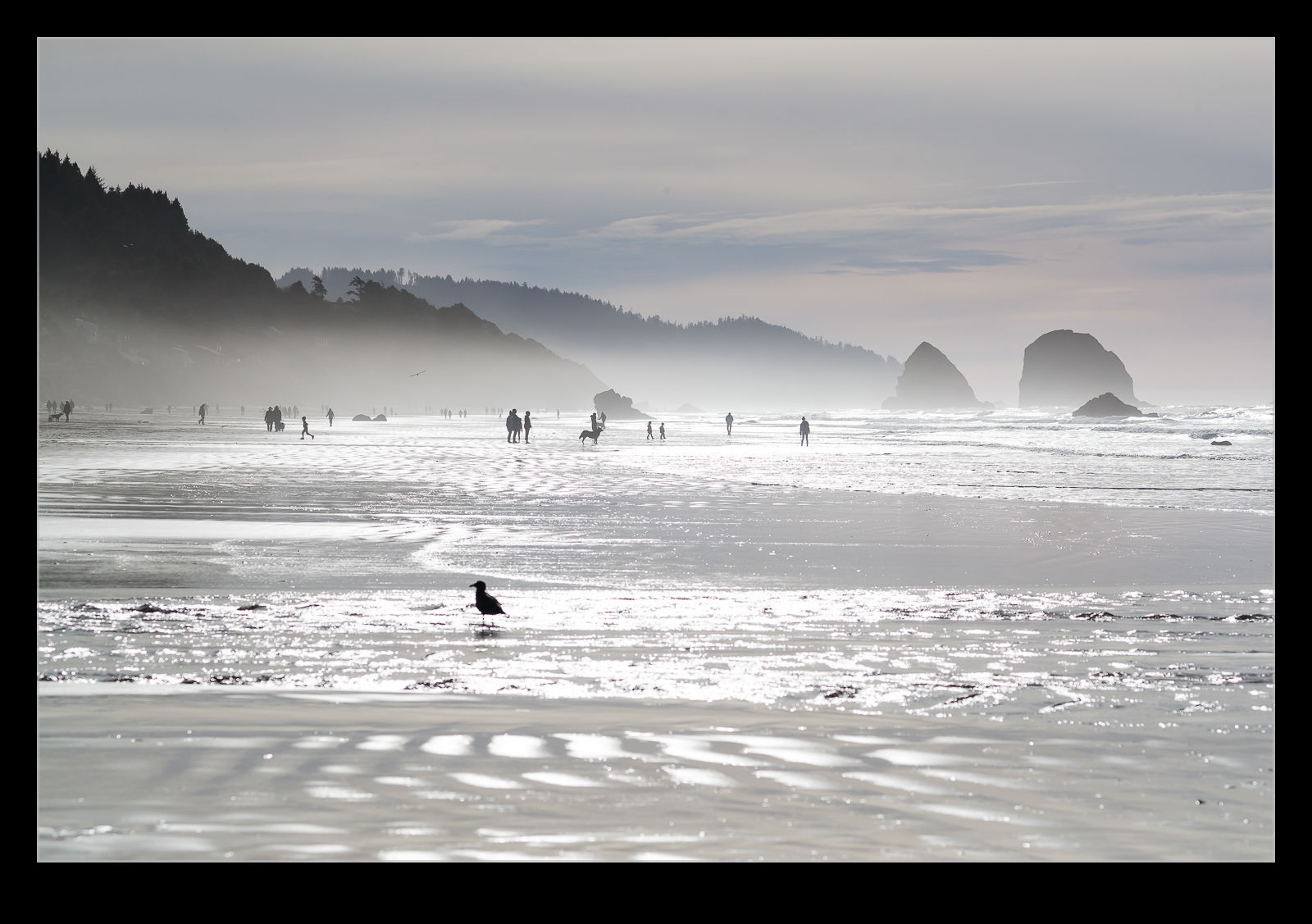 Cannon Beach was quite a way north of where we were staying in Oregon.  However, it was on our route home so we stopped off to wander along the sands for a bit prior to hunting down some lunch.  We were not the only ones enjoying a sunny day on the beach but, given the expanse of sand available, there was plenty of space for everyone to spread out so it wasn’t crowded. 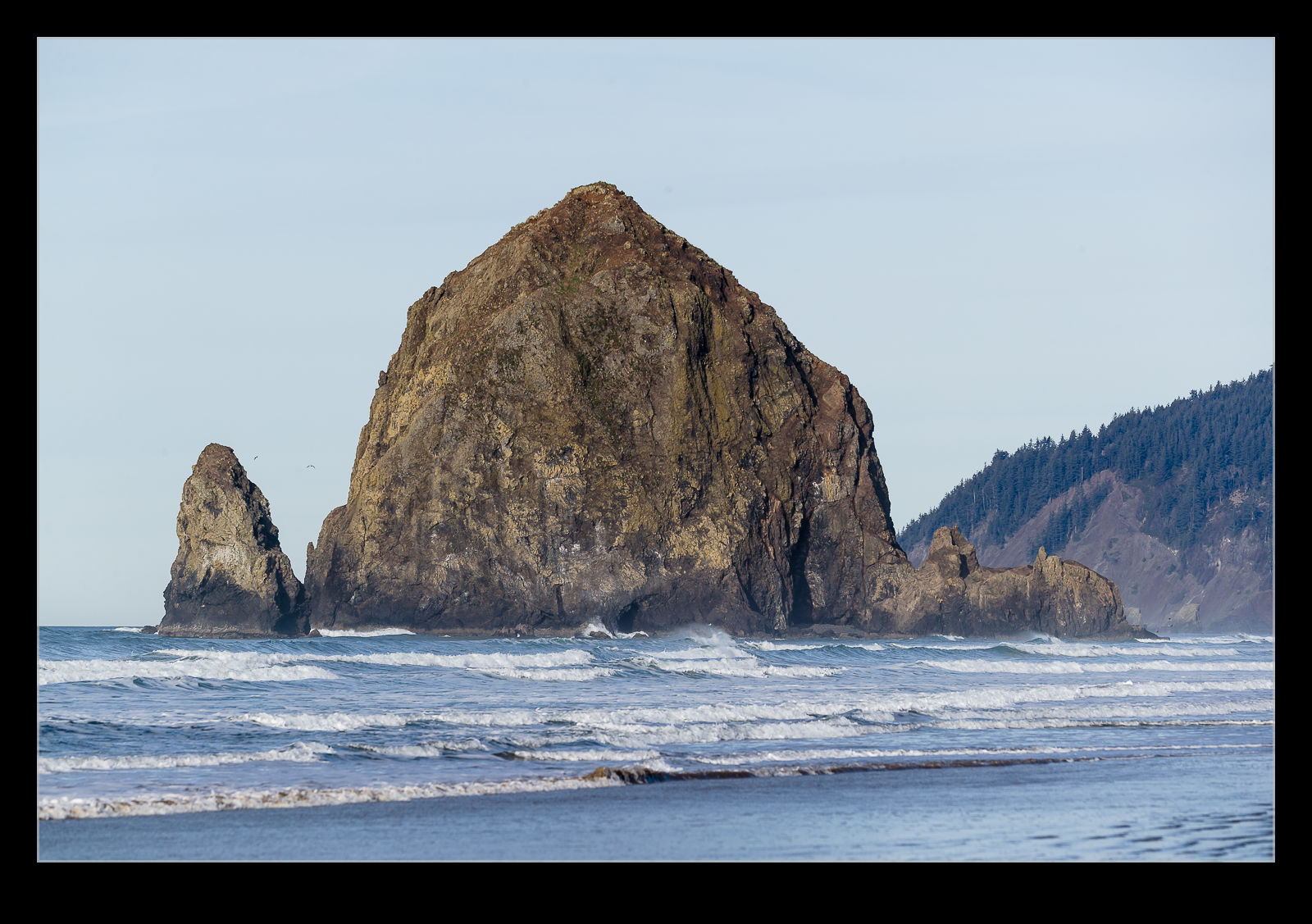 The huge flat sands were most impressive and the rocks that sit out in the water look very cool.  It is hard to gauge their scale when they are out like that as they are so separated from the people that you don’t have enough of a reference to work with.  It is safe to say that they are pretty big though.  There was a bit of sea spray in the air which made everything take on a slightly more misty look when you were looking south towards the sun.  Looking north this was a lot less apparent.  I could see why a landscape photographer would come here to spend some time in the early and late hours. 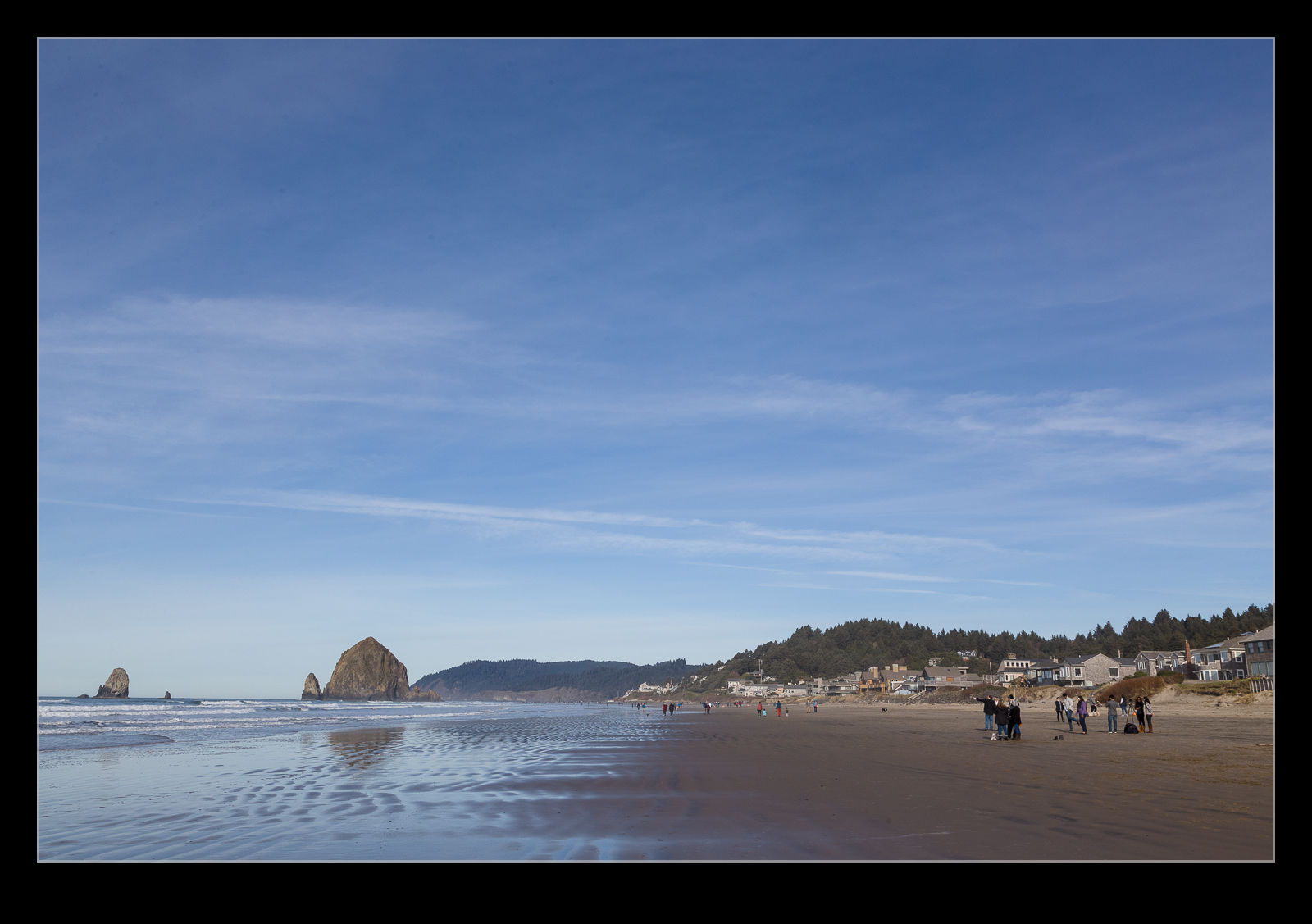 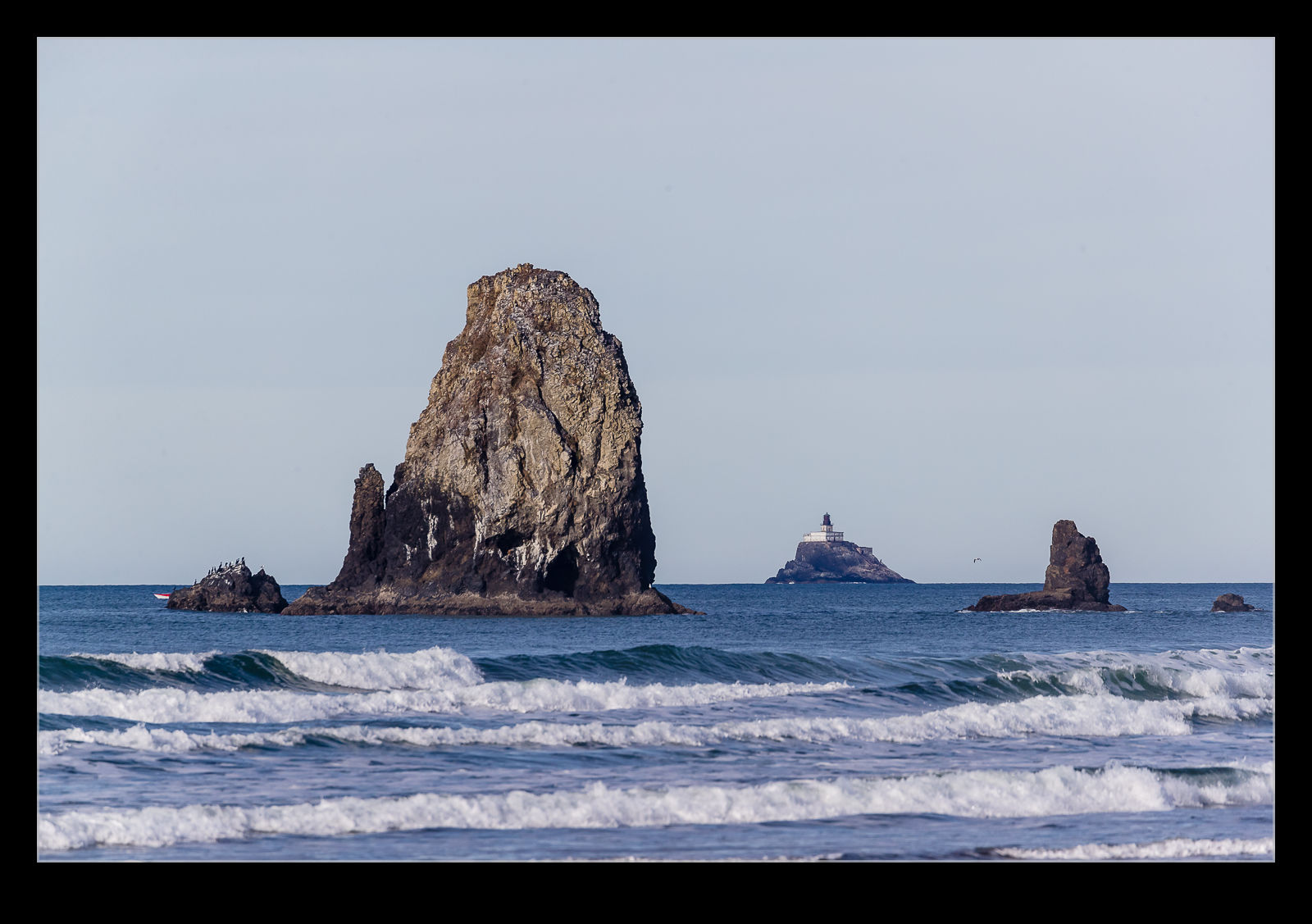