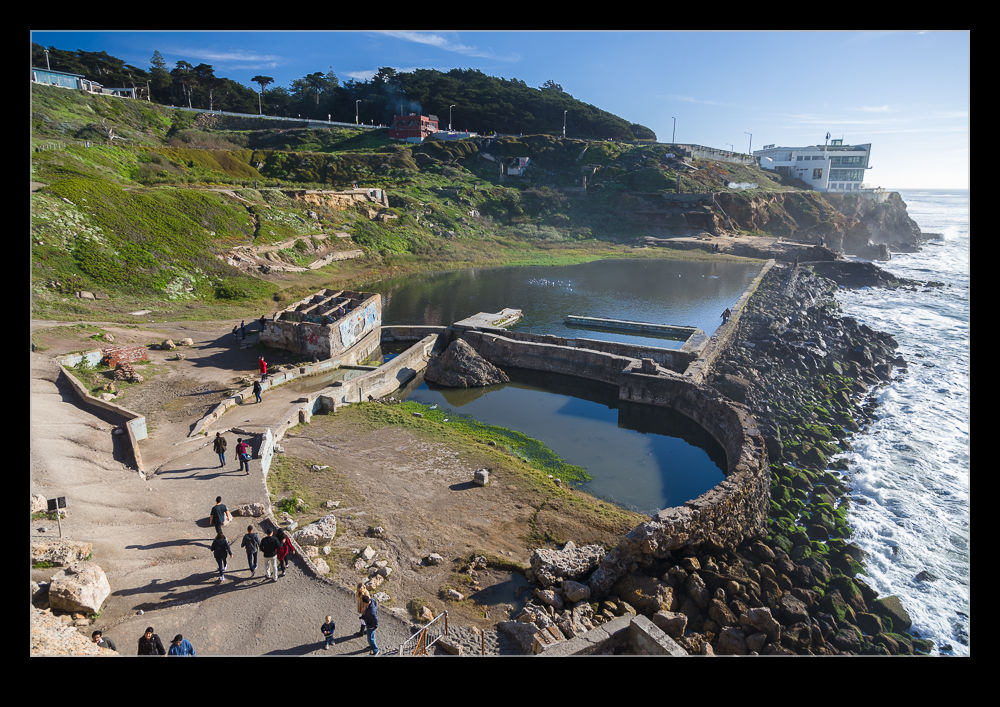 A once popular attraction for San Francisco residents was Sutro Baths.  Located on the shore looking out into the pacific, the baths were fed by sea water and covered a large area that was enclosed by a glass and iron structure.  A railway brought visitors around the cliffs from the city for their day out.  Landslides eventually did away with the railway while other entertainment took visitors away and a fire eventually dealt with what was left.  However, the underlying structures of the pools are still there. 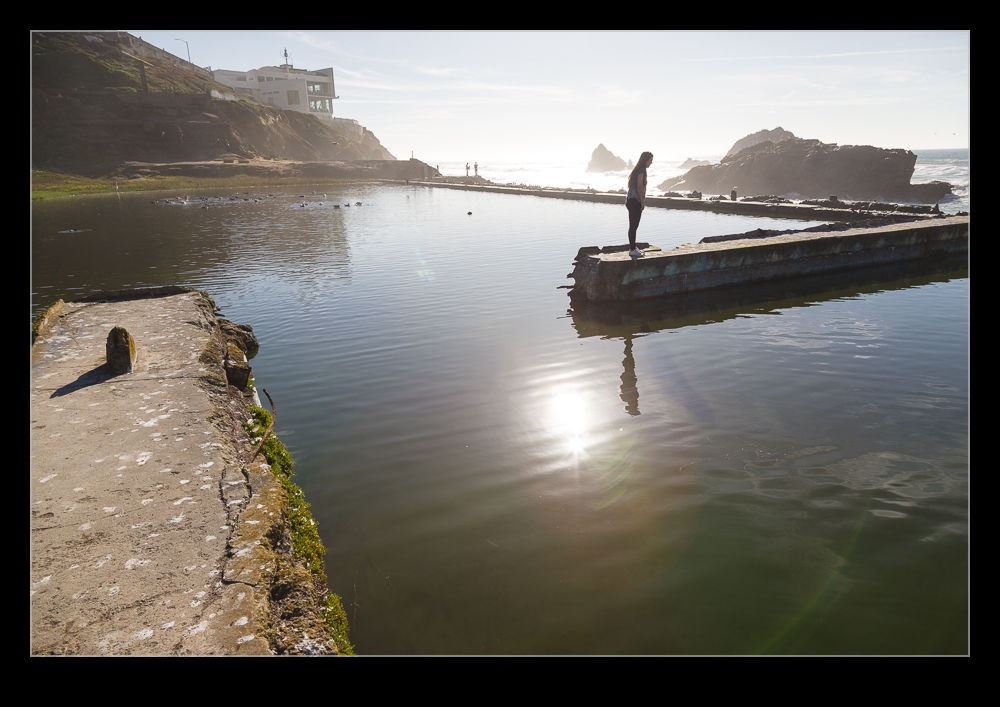 The water is not recirculated as it would have been in the days of operation so some of the pools have a decidedly murky quality to them.  The concrete dividers between the pools are still mostly intact so you can walk along them to check the place out.  If you aren’t confident with your balance or are likely to be freaked out by having to pass someone coming the opposite way, this might not be for you.  If you do lose your footing, you will be damp! 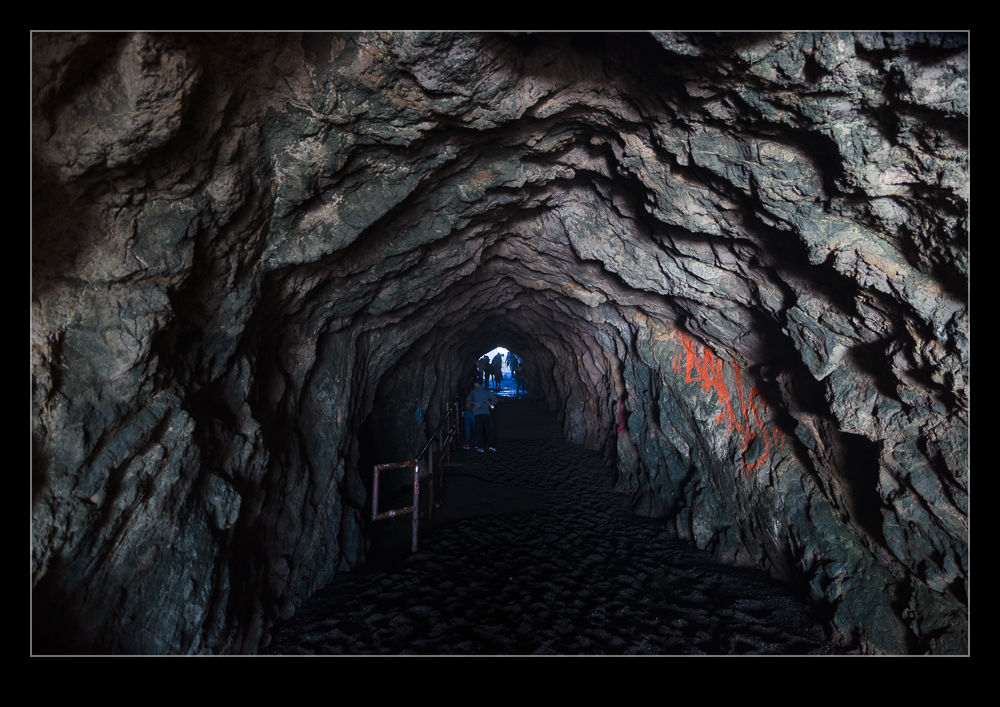 There is a tunnel under the cliffs that comes out amongst the rocks where the waves are crashing up.  Halfway along the tunnel is another hole to the shore and, as the waves rush in, you feel the air pressure change briefly.  It is certainly cool and damp in there.  Given how derelict the place is, it is hugely popular with visitors.  Cars circled the lot looking for spaces all the time we were there.  The opportunity to hurt yourself was certainly available but, despite the current risk aversion of locations, this one seems remarkably open to allow you to explore and (if you are not careful) do yourself some harm!  It’s like being a kid again. 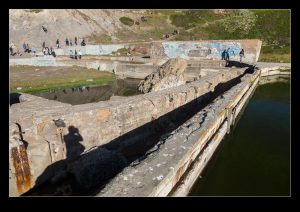 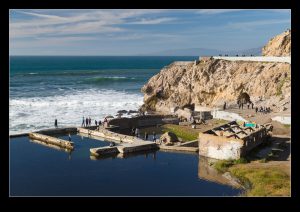