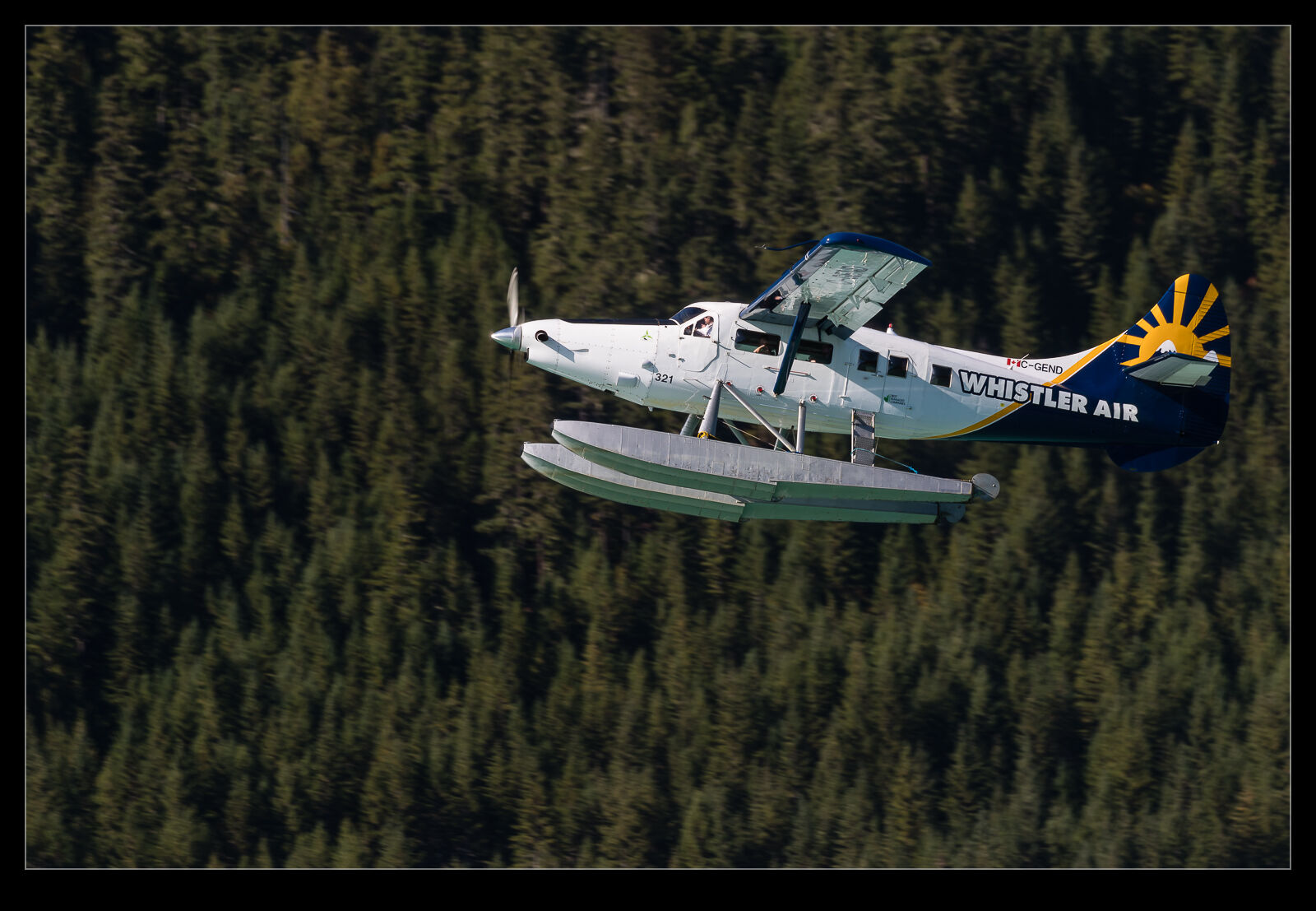 A trip to Green Lake, a short distance from Whistler, was a chance to see the floatplane base.  We had heard a few aircraft in the area so I was keen to see what was going on.  We started out at the base where a Beaver and an Otter were both just getting ready to leave.  I didn’t realize the direction of the wind so I didn’t make any effort to get out to the lake.  I thought that they would be long gone.  In fact, they taxied down the lake to take off back in our direction.  I would have had plenty of time to get out to see the departure if I had left when they headed out. 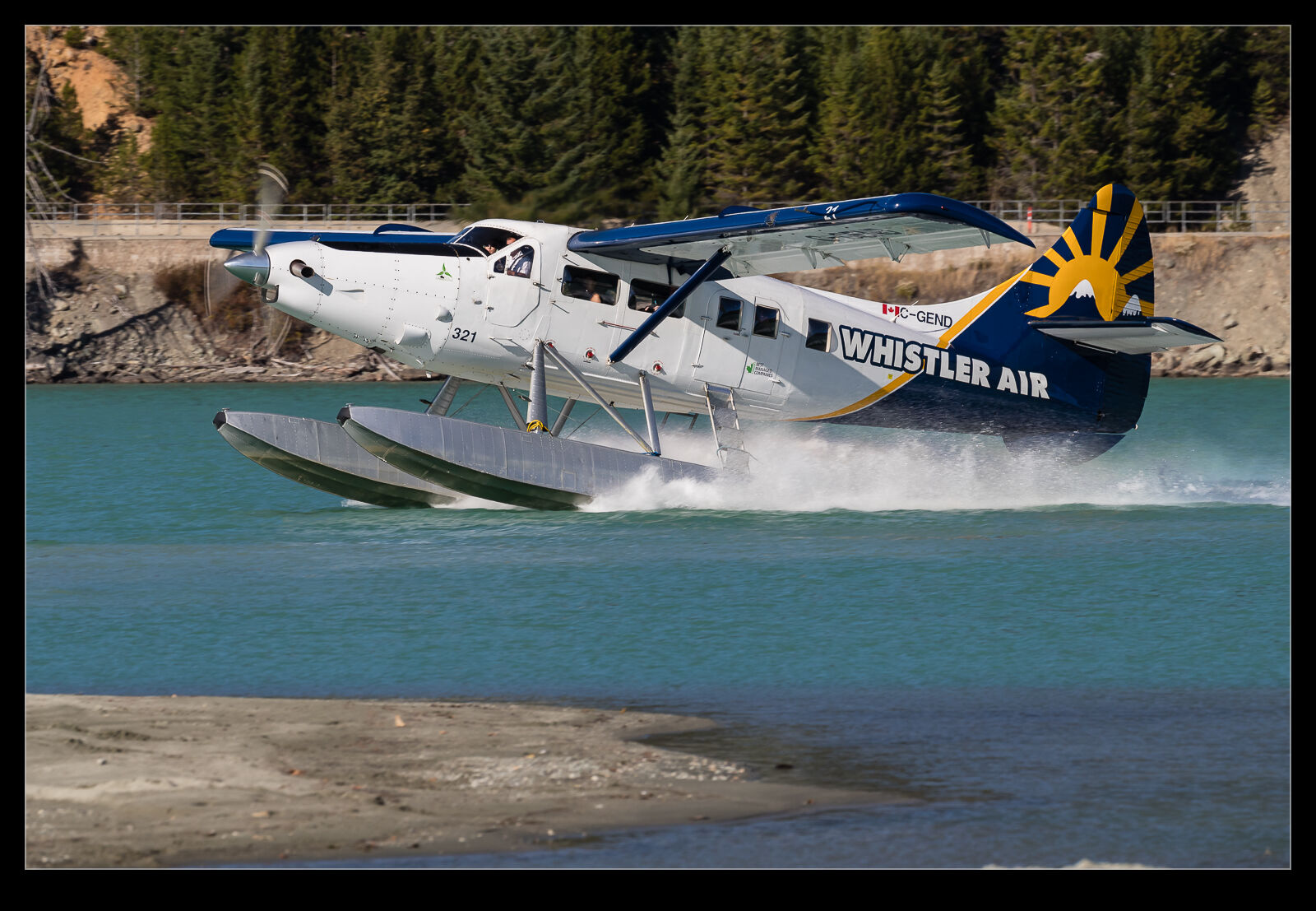 Instead, I was walking through the trees when both planes took off.  I got a couple of shots through the trees but missed the main opportunity.   I understand that Whistler Air is a subsidiary of Harbour Air in Vancouver.  They are clearly locally branded though.  There was a bit more movement before we left with planes making their approach along the lake.  They tended to land a little away from us but then keep up on the step as close in as possible to minimize taxi time.  This meant they were still moving well as they got to us. 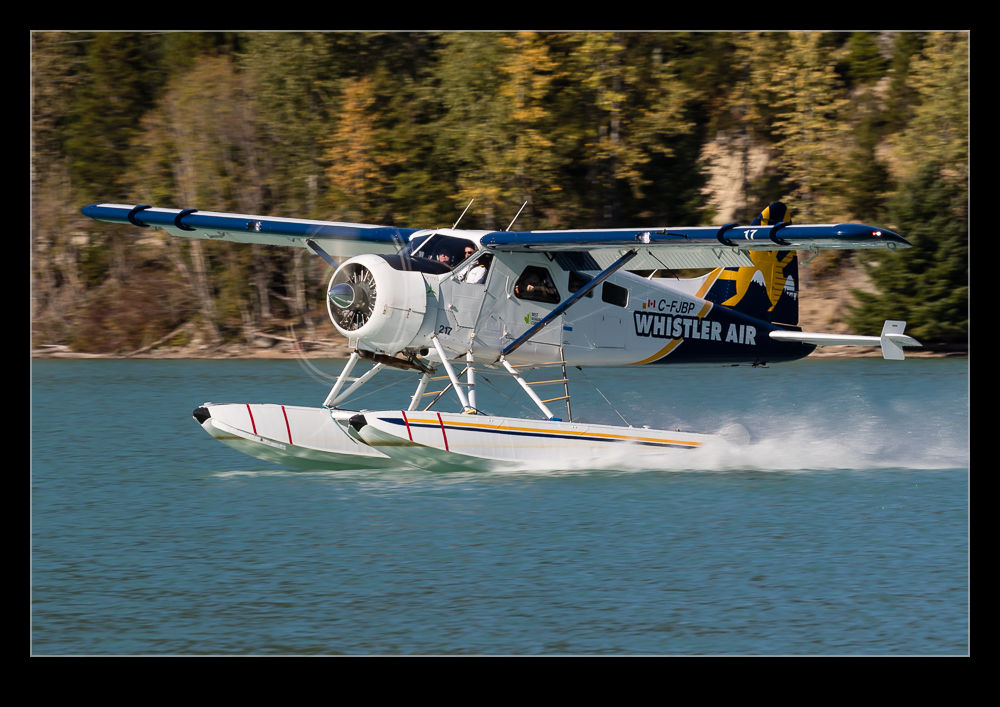 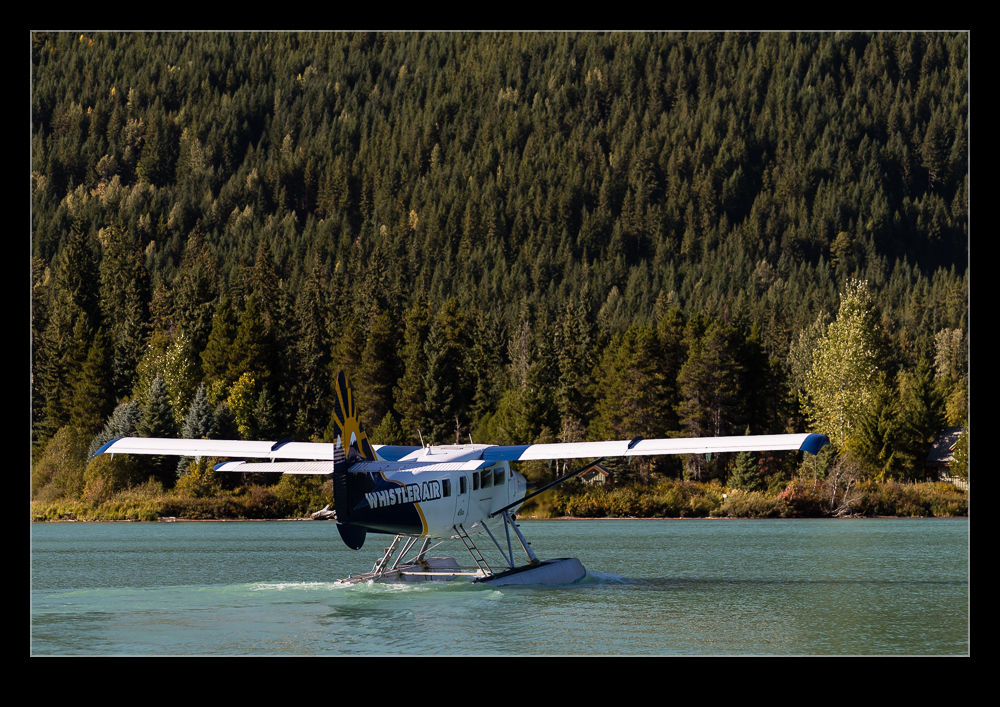