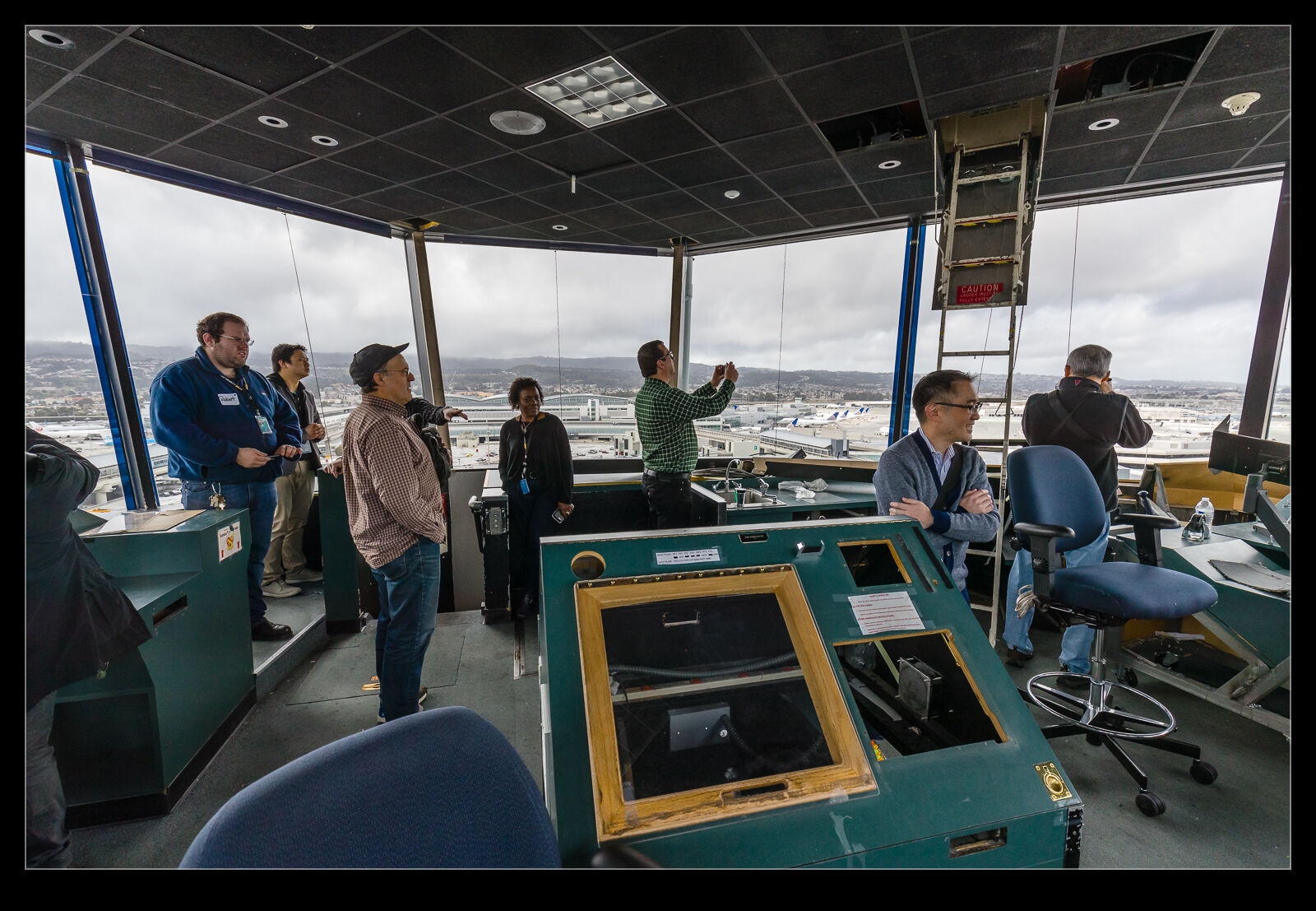 The rebuilding of SFO has included building a new tower.  I wrote about the old versus the new a while back in this post.  The new tower has now been commissioned and is operational.  It is time for the old tower to be demolished.  Fortunately, the airport invited people to visit before demolition started.  The inside of the tower was looking a bit sad.  The equipment had all been ripped out.  I doubt much of it is getting reused since the new tower will already have been equipped with the latest generation of air traffic control gear.  However, the surrounds for the old gear were still there looking rather skeletal. 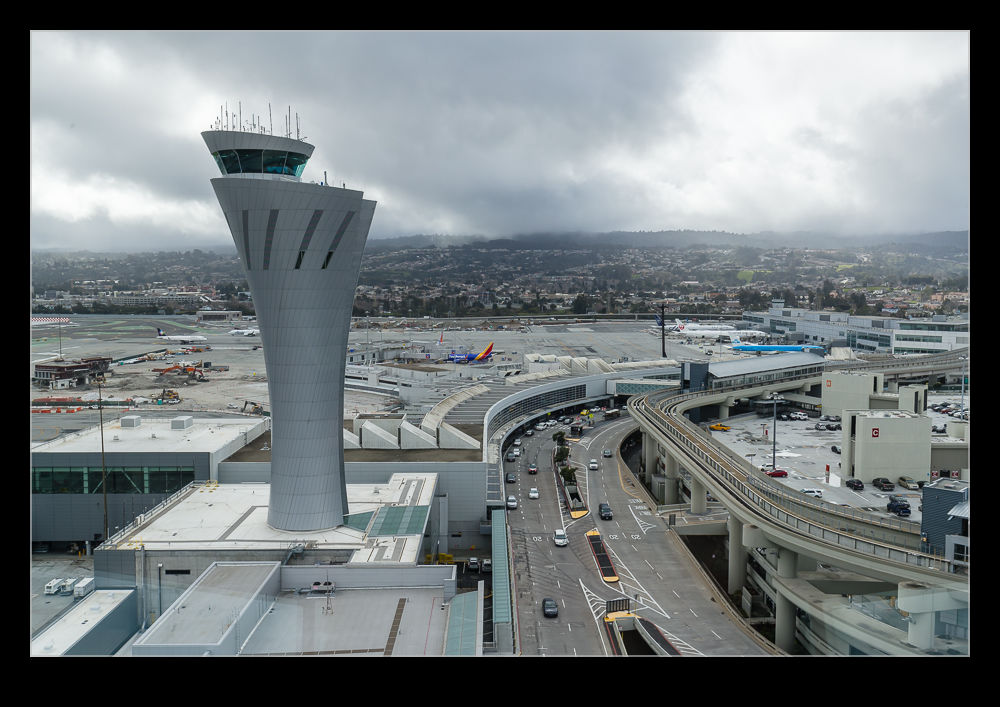 A week later the process of everything coming down would start.  Soon it will look a lot worse and then it will be gone forever.  We got a fleeting glimpse of its last days.  I hope someone takes some pictures as everything comes down to preserve the last days forever. 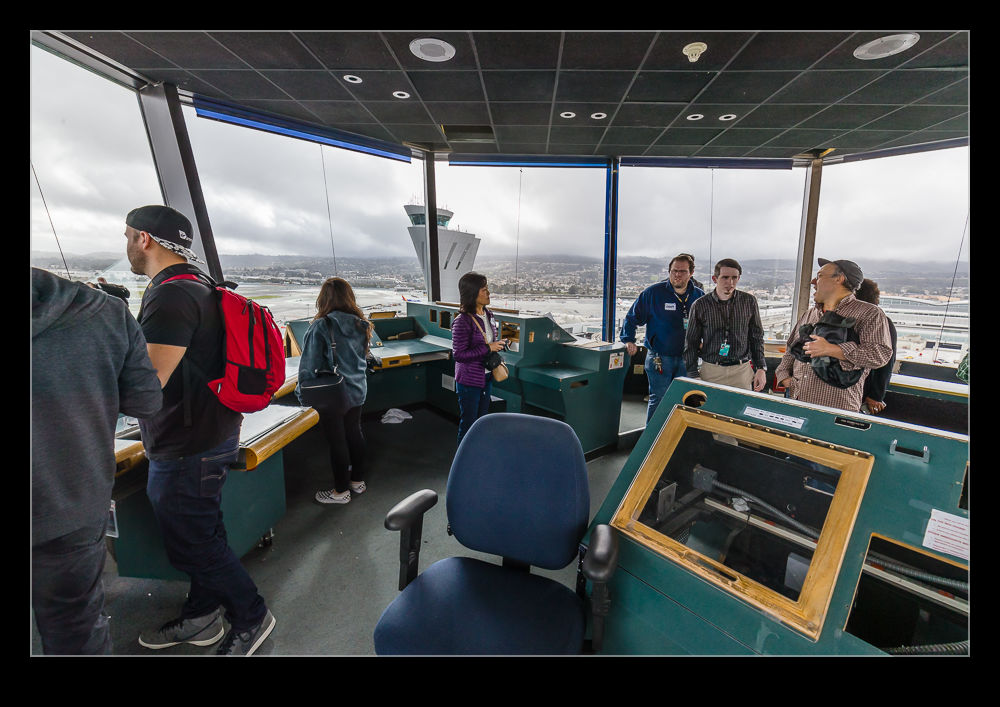