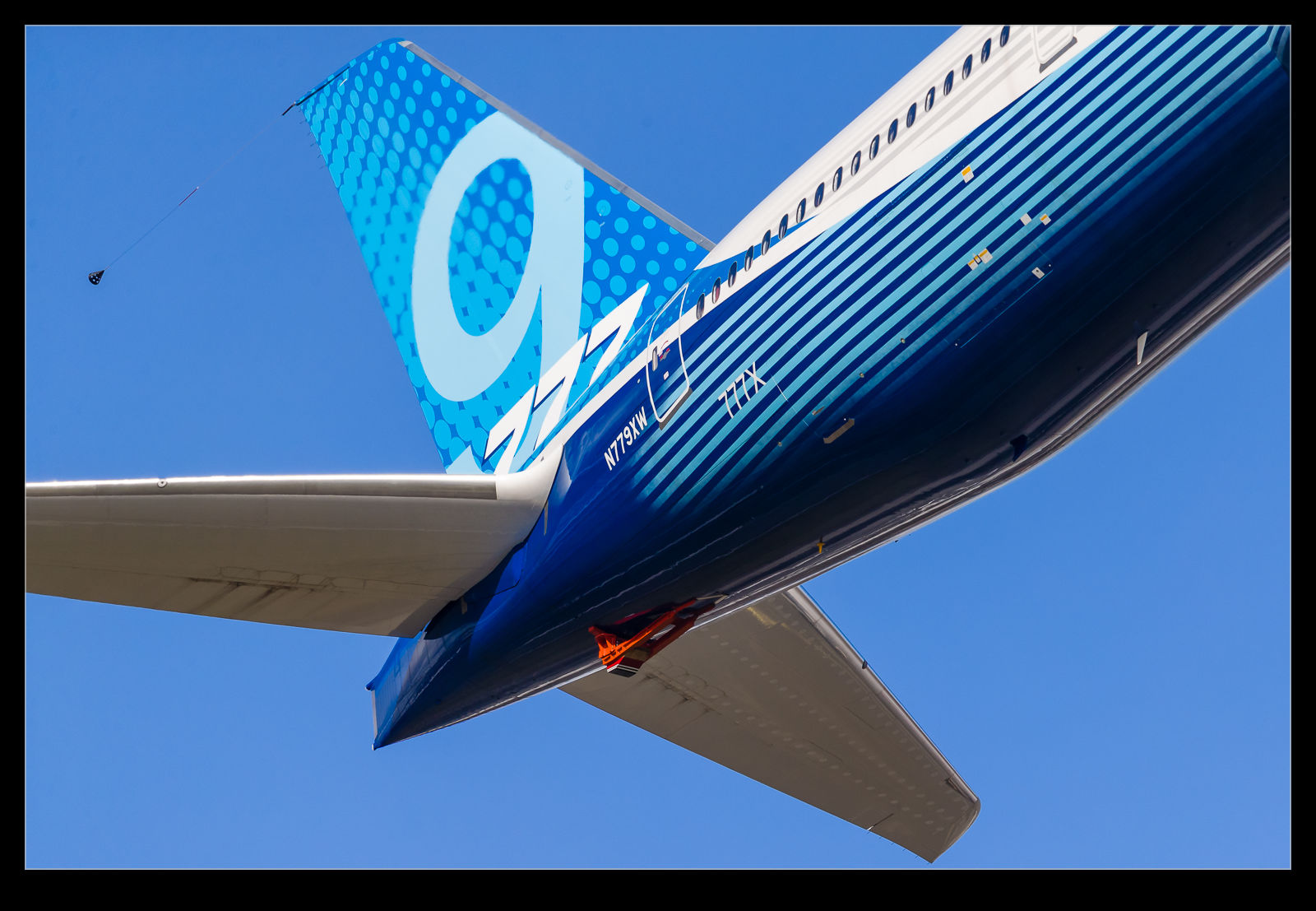 There is plenty of the 777X on this blog.  The delays for the test programs and the likelihood that service entry will slip in to 2024 means that test aircraft are all that is going to be available for a while yet.  Even so, with four test aircraft in use, there is plenty of test activity underway.  One of the more dramatic testing processes is the minimum unstick testing. 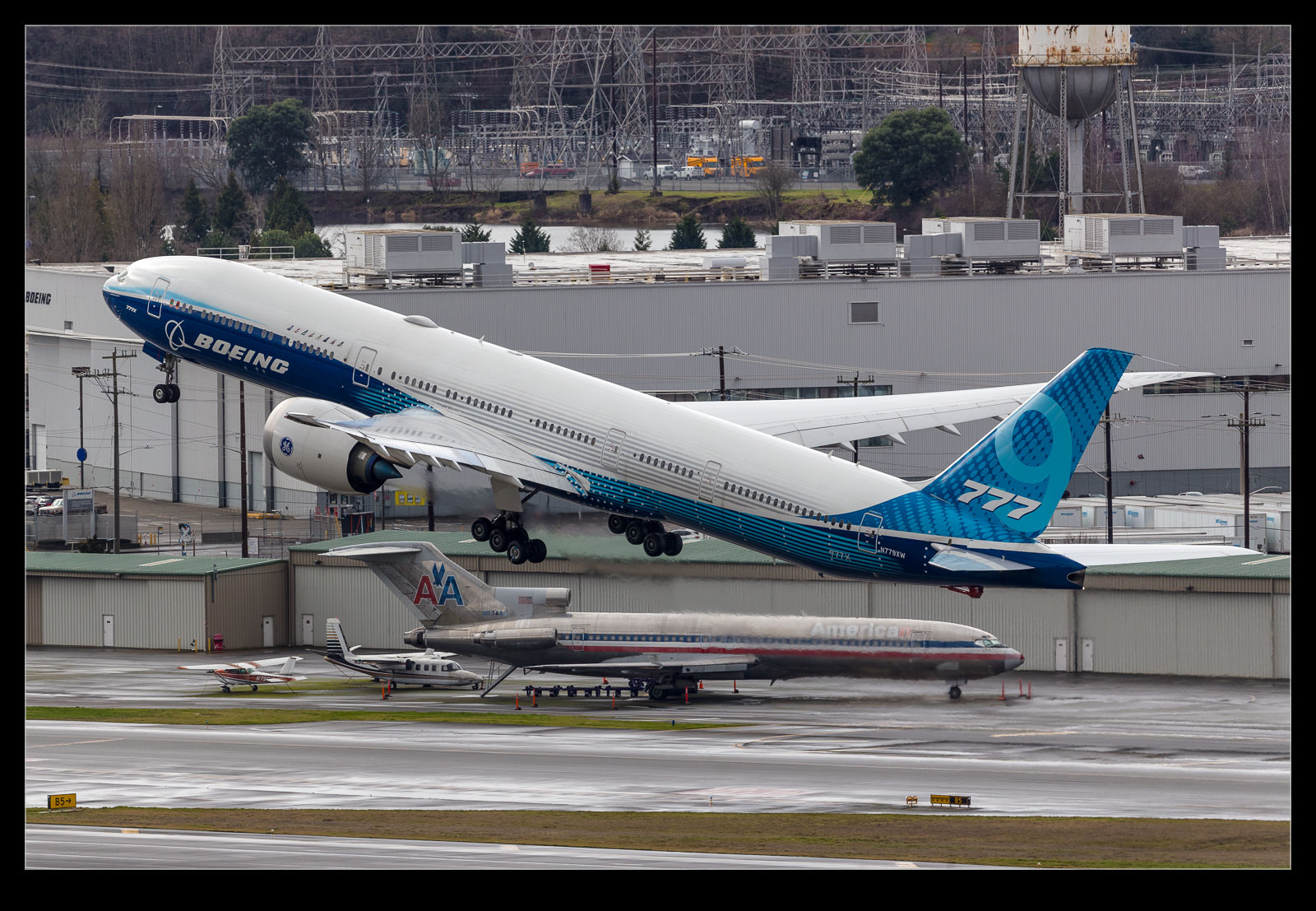 The test is to determine the maximum lift at takeoff in various configurations.  This allows calculation of the required take off speeds and the runway distance required.  The test involves accelerating the aircraft more slowly than usual and pulling the noise fully up.  The tail is dragged along the runway and the aircraft will then get airborne once it reaches sufficient speed. 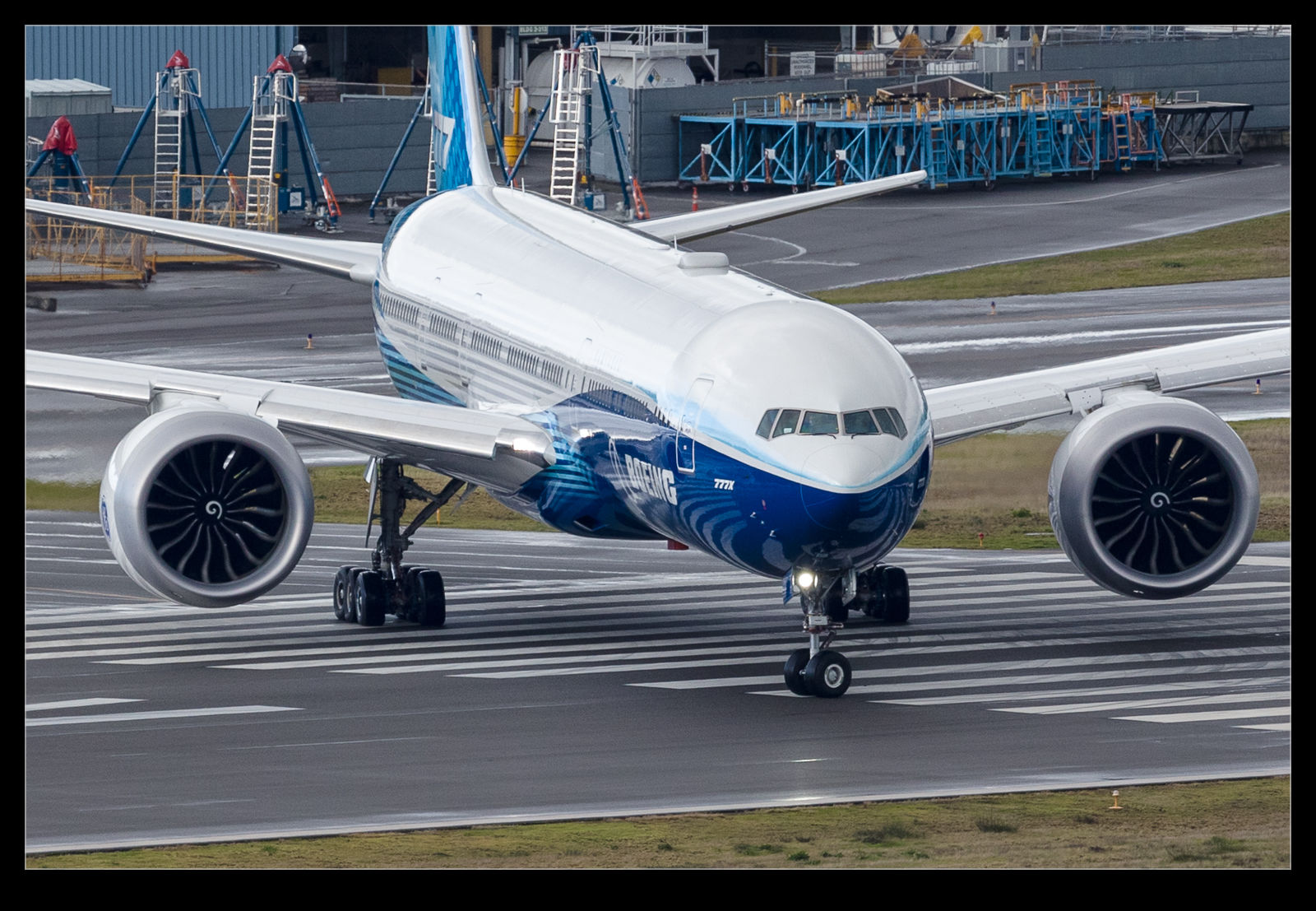 The test requires a decent runway length and, presumably, nothing much off the end should anything go awry.  To protect the aircraft, a tailskid is fitted to the rear fuselage to allow the crew to drag it along the runway surface without damaging the airframe.  The skid frame is a metallic structure but I am not sure what the wearing surface is for the 777X.  In the past, wood has been used as the abradable element. 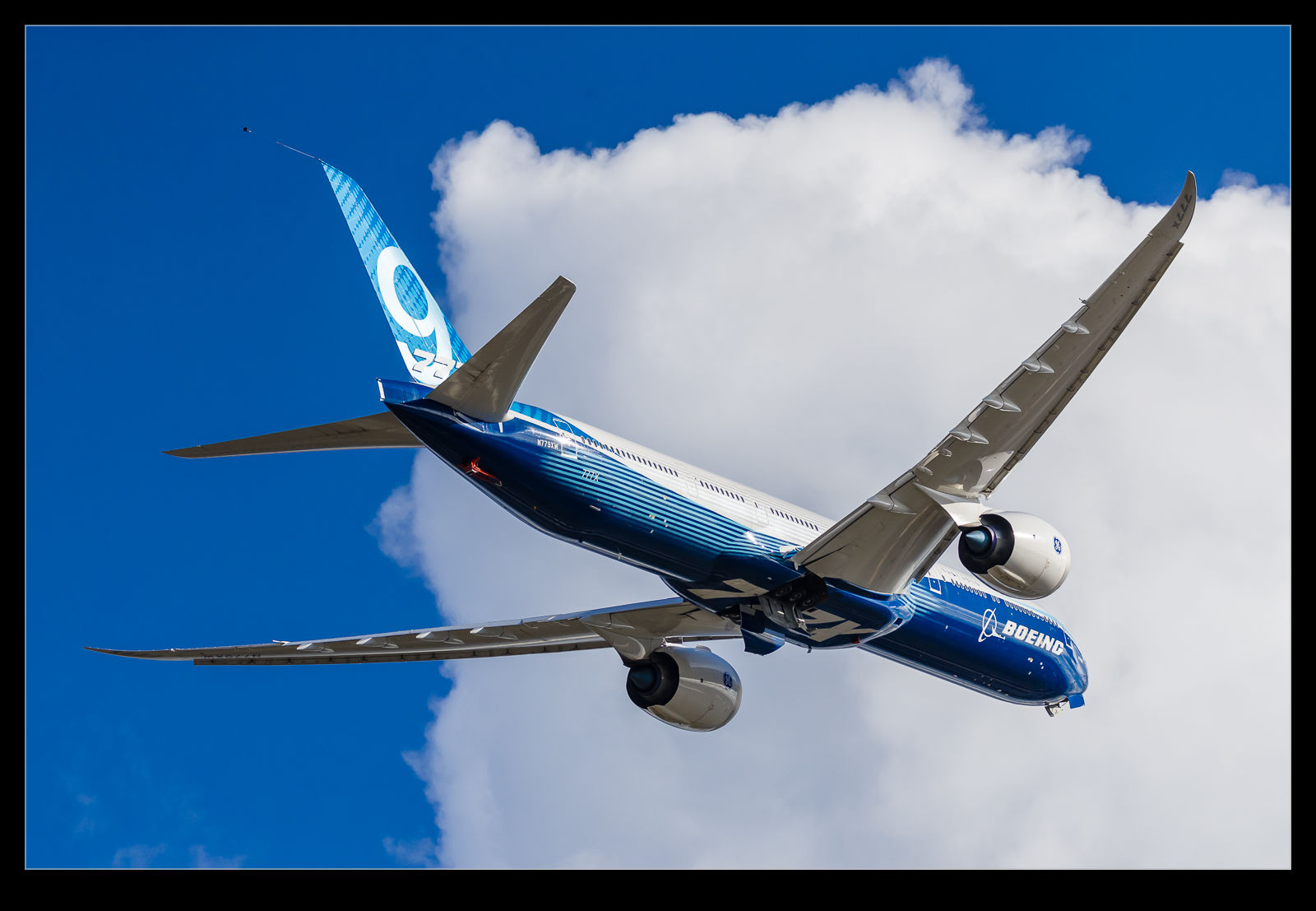 WH001, the first 777-9 airframe, is the one that is going to be used for these tests.  It has been fitted with the skid.  I’m not sure whether the testing is already underway or whether it is ready for future use.  I shot it on departure on a couple of occasions. 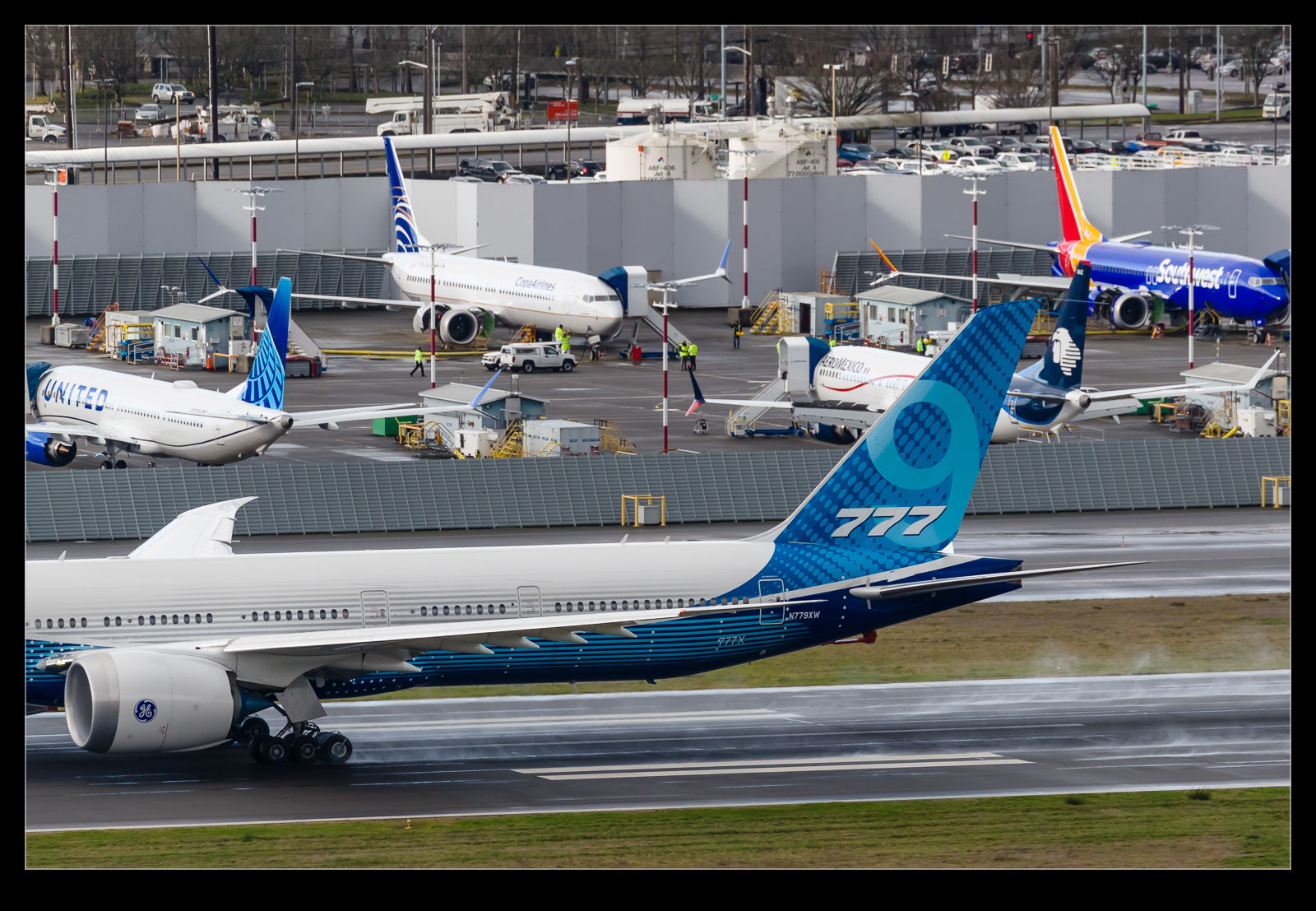