During our return from the North Cascades Highway earlier this year, we drove past Oso, the site of a terrible landslide.  At the time, I didn’t realize where a good place to stop would be but, on a more recent trip up in that area, I decided to stop at the location of the memorial.  The Oso Slide made national headlines at the time it happened in 2014 – before we moved to Washington – but it quickly faded from the national headlines.  The side of a hill gave way after extensive rain and the nature of the material meant that, rather than sliding gently downhill, it gathered momentum and went a long distance. 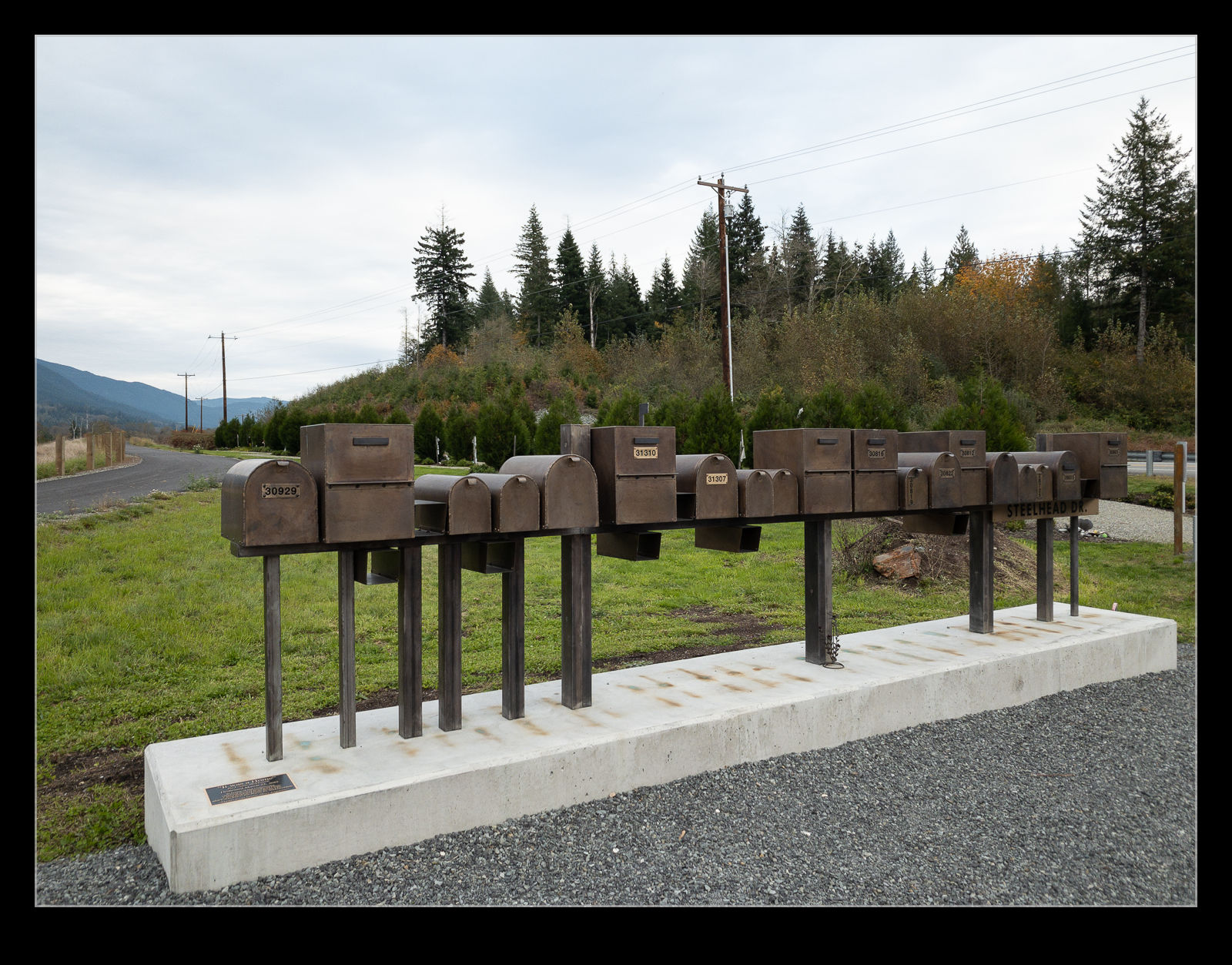 A huge amount of the hill gave way, crossed the river and engulfed the small community and the highway on the other side.  43 people died and 11 survived.  Given those numbers, it is surprising that it is so little known outside the local area.  The river was blocked and caused flooding upstream and a lack of water downstream.  It soon cut itself a new path though.  The highway needed extensive repairs which took many months to complete.  There was nothing that could be done for the people and their homes though.  Most were found quickly but it took a while until the last victim was found. 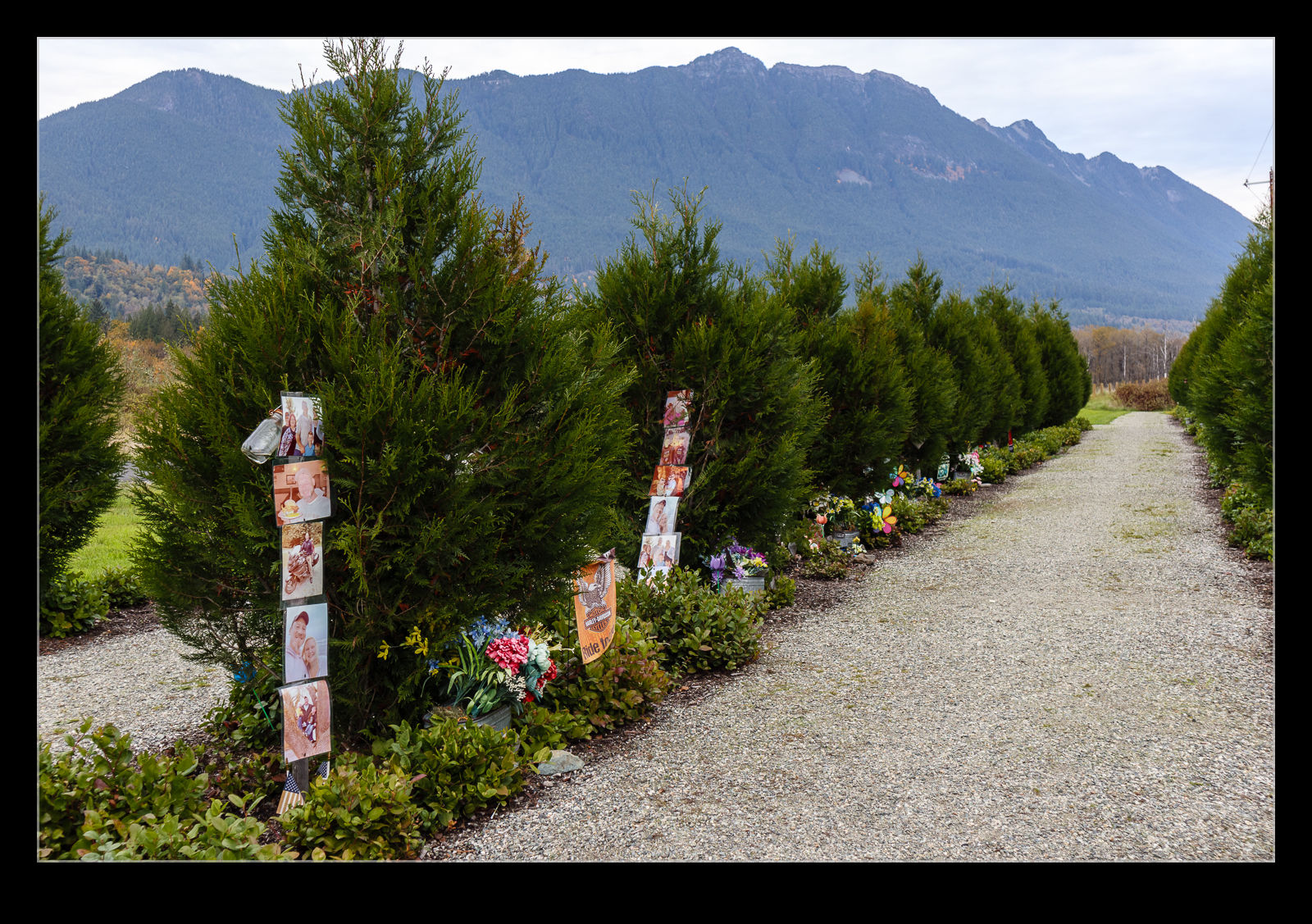 There is a small memorial by the highway.  A tree is planted for each of those lost.  They each have a story and profiles of them all can be found on the Seattle Times website if you get a chance to look.  There is a sculpture of mailboxes of Steelhead Drive, the area that was wiped out.  Plans are underway for a more permanent memorial and donations are being accepted. 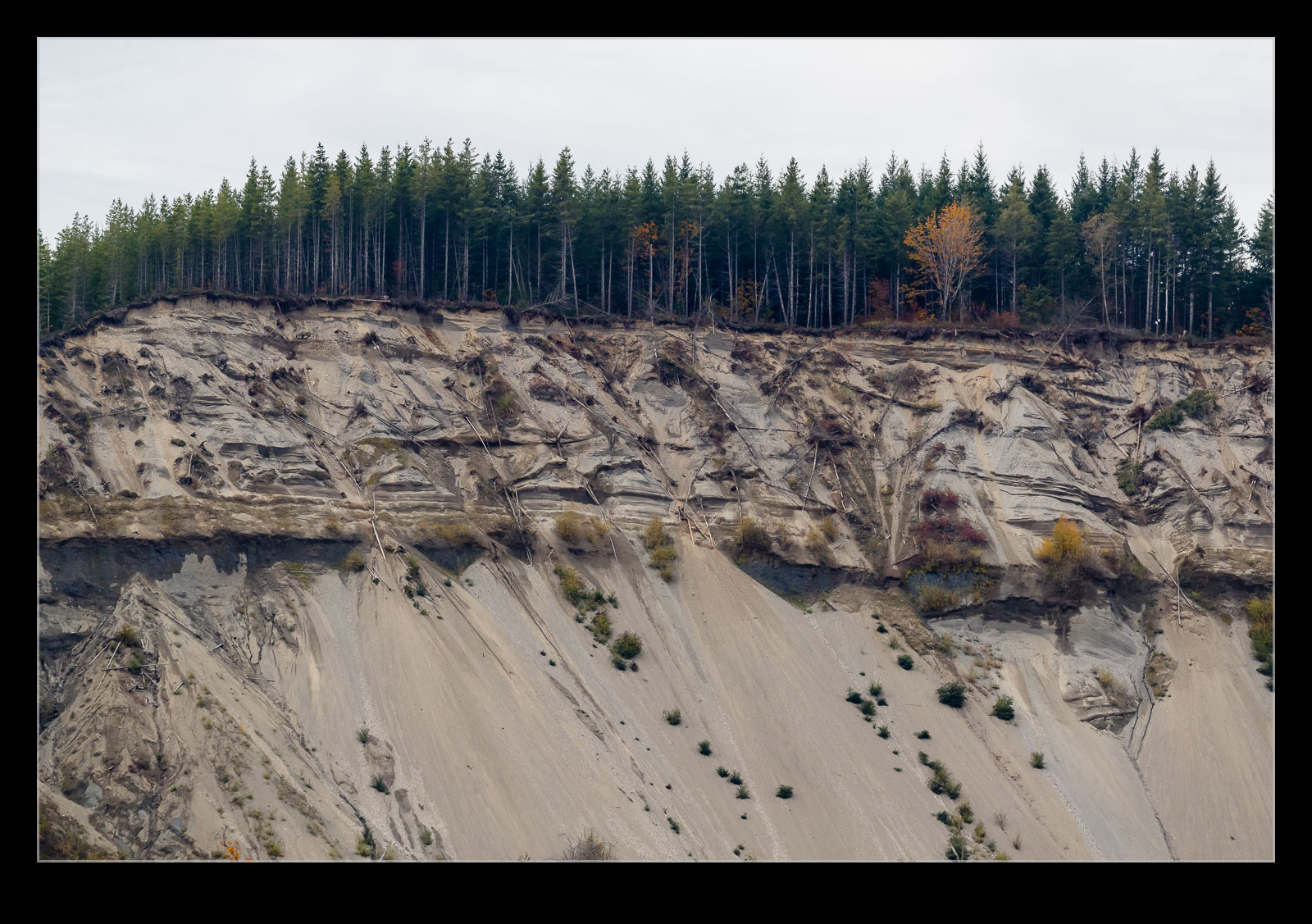 The hillside itself has a huge scar across it where the land gave way.  As is often the case, the scale of it is hard to understand when you are far enough away.  Looking closer at the trees around the rim shows you just how big it is and how much material thundered down the hillside.  There are mounds all around the valley floor where material piled up after it stopped.  To stand in front of it, you are left deeply touched by what happened.  Someone else was visiting when we were and he sat on the hood of his car starting up at the hill for many minutes.  I was left wondering just what his connection was to the awful events that took place.