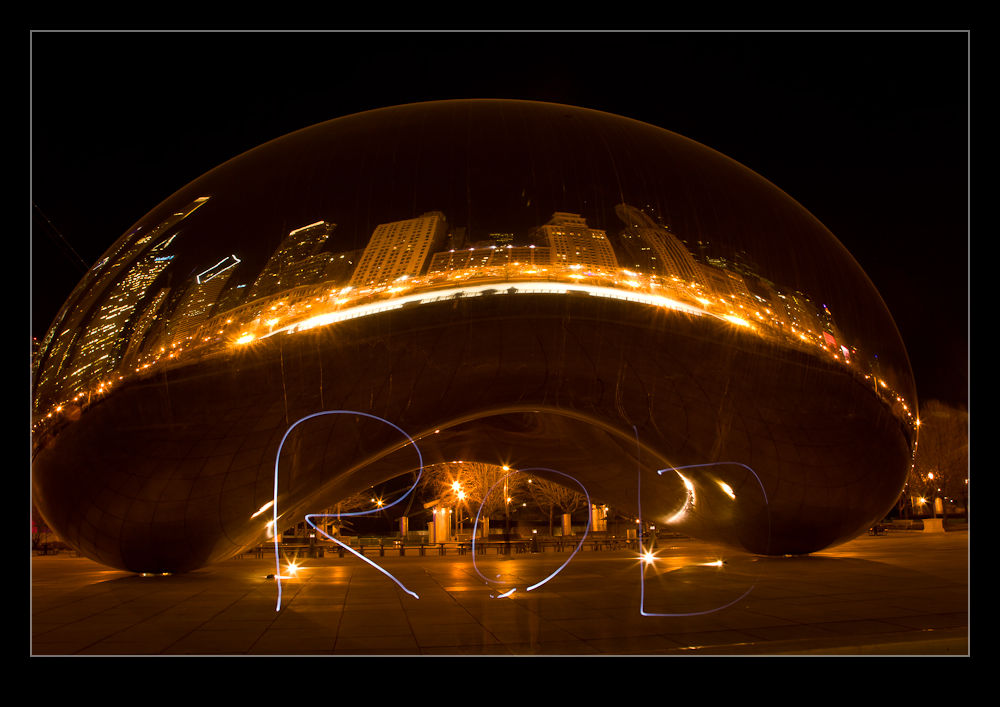 Following on from my previous post, a group of us found ourselves at the Bean at night and with a flashlight in my bag we started playing around.  One fo the guys had brought his son along and we gave him the flashlight to illuminate his face from below.  Then we started trying other things with the flashlight.  Initially we tried playing it on other surfaces to paint on them but this was not very effective with the ambient light.  Then it was time to try writing with it. 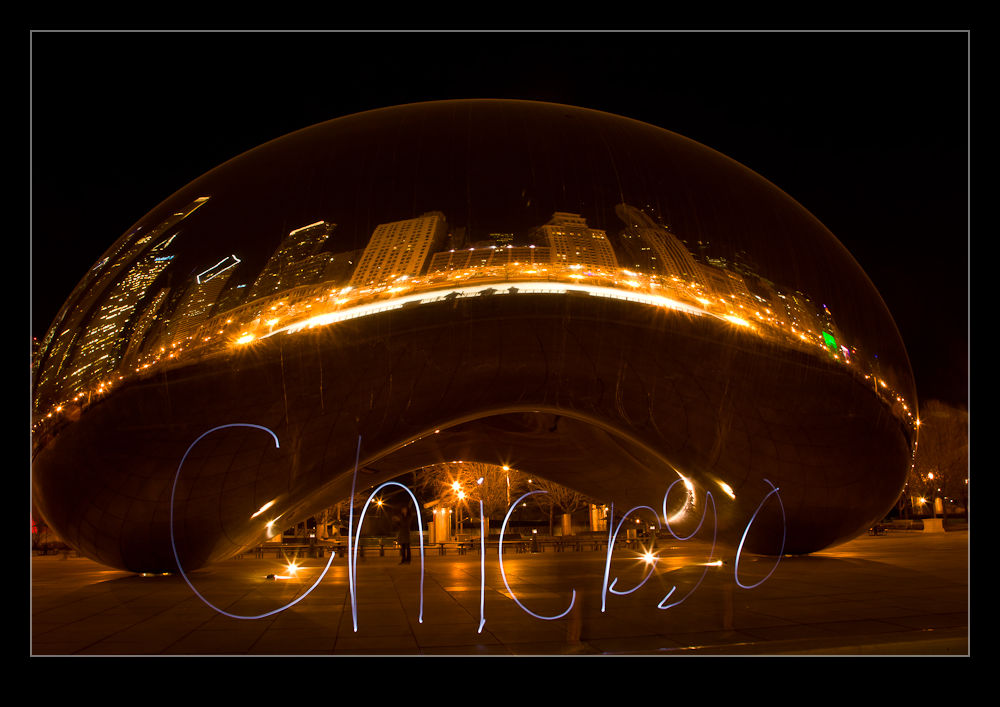 I started with my name as you will see above.  Rob is pretty easy to do when you are writing backwards.  Shielding the light with my hand between strokes of the letters worked pretty well.  However, as the words got longer, it became harder to keep visualized on what the letters should look like from this side. 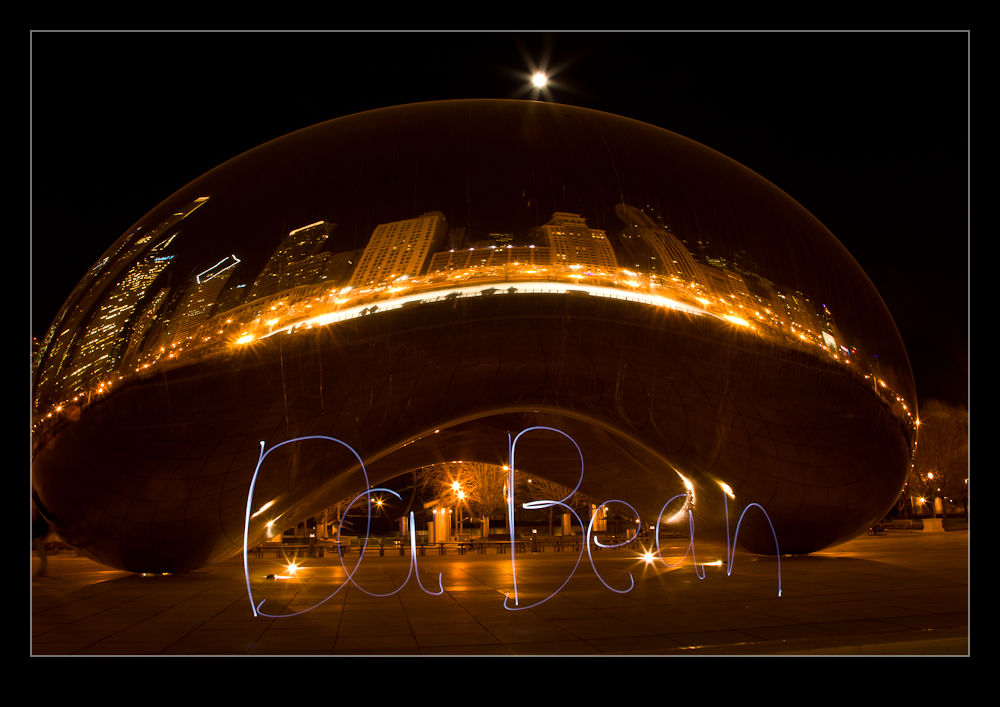 I got the hang of it – after screwing a few up but hey, it’s digital – and managed to get a couple of different captions.  They looked okay on the back of the camera but they look better on the computer screen.  We also did one that was a message to our missing comrade but that one was not on my camera so you will have to search Facebook to find where someone else posted it! 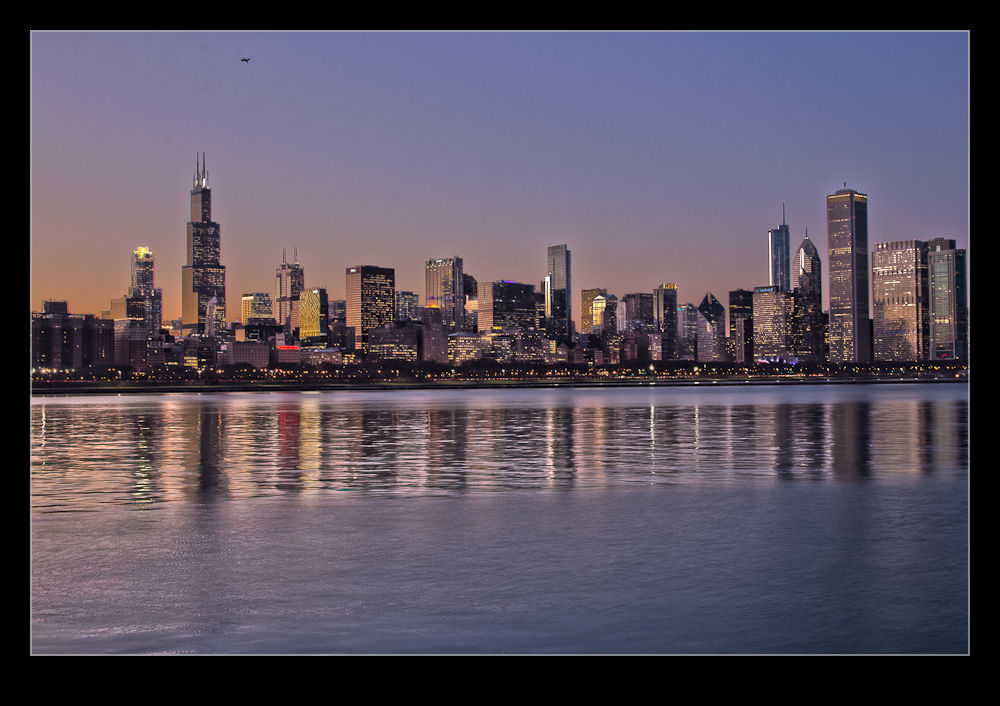 As I mentioned in a previous post, sometimes it is useful to have someone come to the city to encourage me to get out and about.  A few friends had been to Chicago in a previous week to do some shooting but I had been tied up when they arrived.  They were planning some evening shooting and I had been out all day and had plans for the evening so missed it.  I was a bit disappointed but there you go. 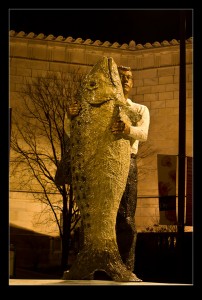 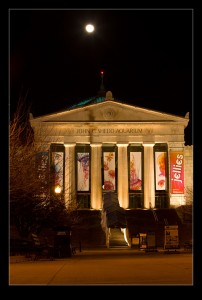 Consequently, I was pleased to see that a few of them were planning to come back a few days later for another session.  This time I was free so agreed to meet up.  Some of the group that were coming I knew and others I hadn’t met before.  I headed out to the Adler Planetarium – our meeting spot – and started taking some shots.  A few guys were already there taking their own shots so I wandered over to find out if they were some of the people I hadn’t met before.

While it was true I hadn’t met them before, they were not part of our group.  However, in common with many photographers, they were a friendly bunch a we chatted for a while.  They had come to town from Texas and were looking to get as many things in to their trip so I suggested a few spots that they might like to try. 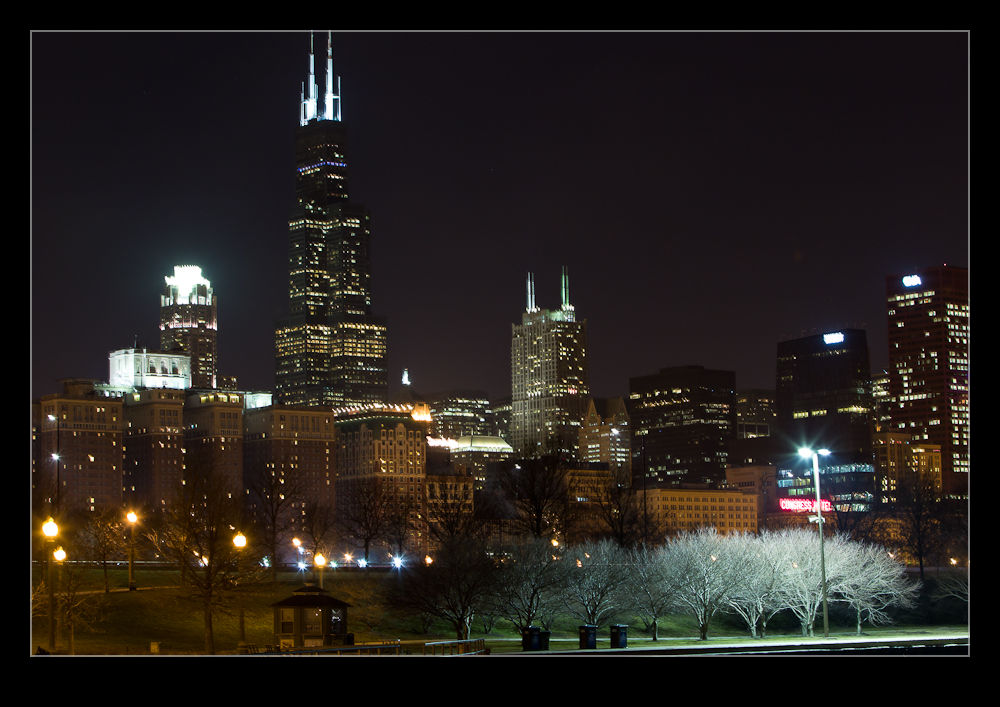 After a while the rest of the guys did show up – well, all but one who had wandered off on his own – and we started taking some pictures.  The skyline was lovely as usual and we took some shots around the Shedd Aquarium and the Field Museum.  Then we headed across to Millennium Park.  I’m becoming a regular. 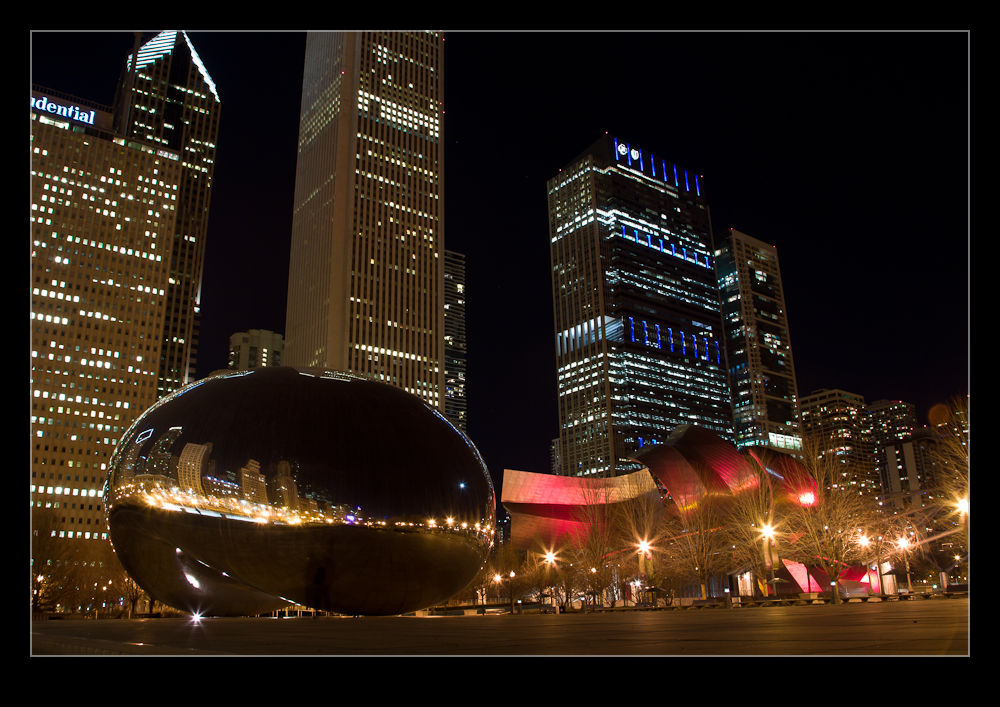 Shooting around the Bean at night is good since the long exposures you need tend to make any of the other visitors disappear.  You get a cleaner shot if you plan it right.  We got a bunch of shots and then we started playing around with a flashlight.  More of that to come!