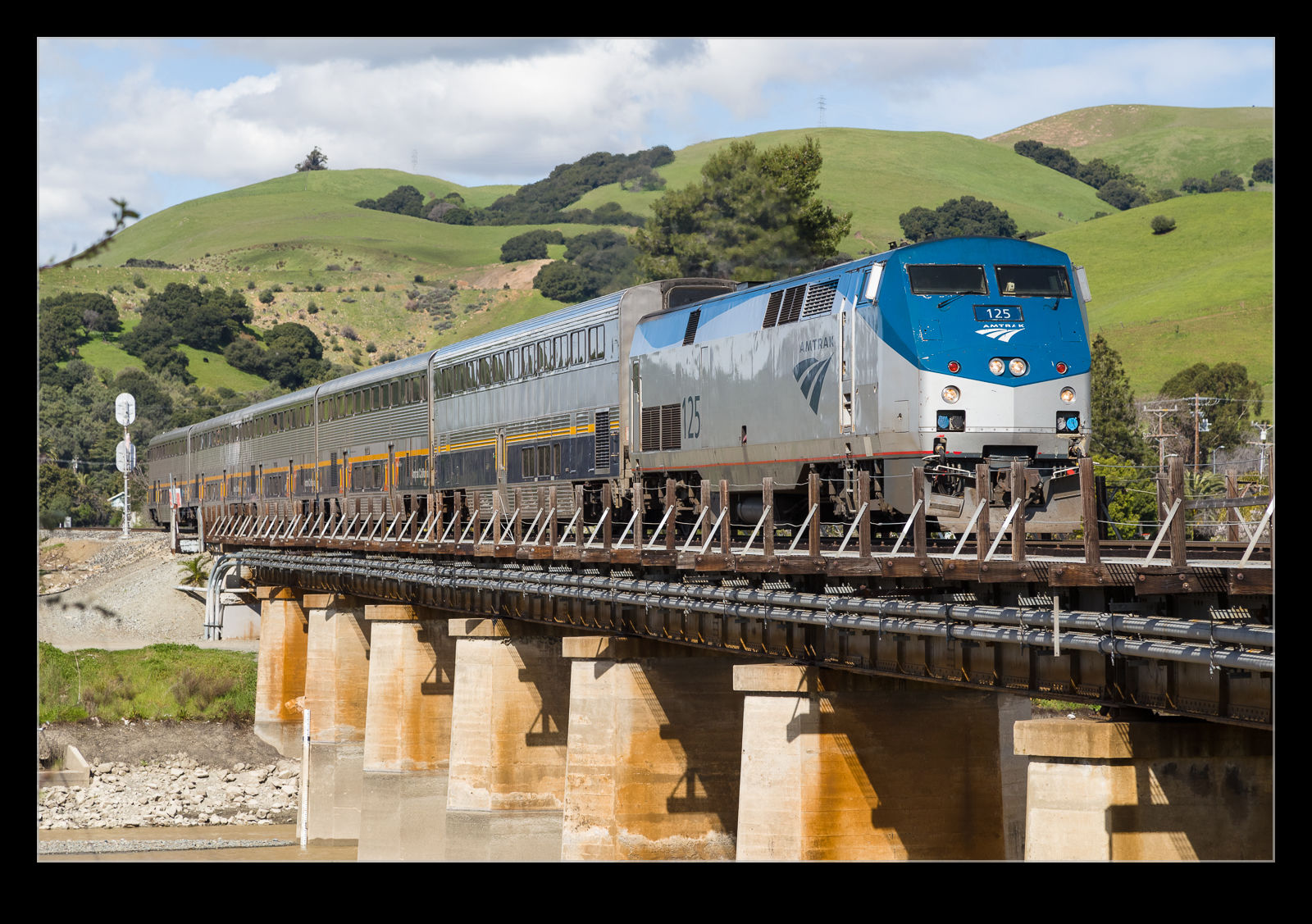 Having watched a guy walking across a narrow railroad bridge over the Alameda Creek in Fremont as you can read about here, a train was now coming across the bridge.  The train was a Capital Corridor service heading to San Jose.  I am currently working on a project to acquire new locomotives for Caltrans that will see service on the Capital Corridor and will replace borrowed Amtrak locomotives.  This train was being hauled by one of these Amtrak locomotives.  All being well, this will soon no longer be a regular sight. 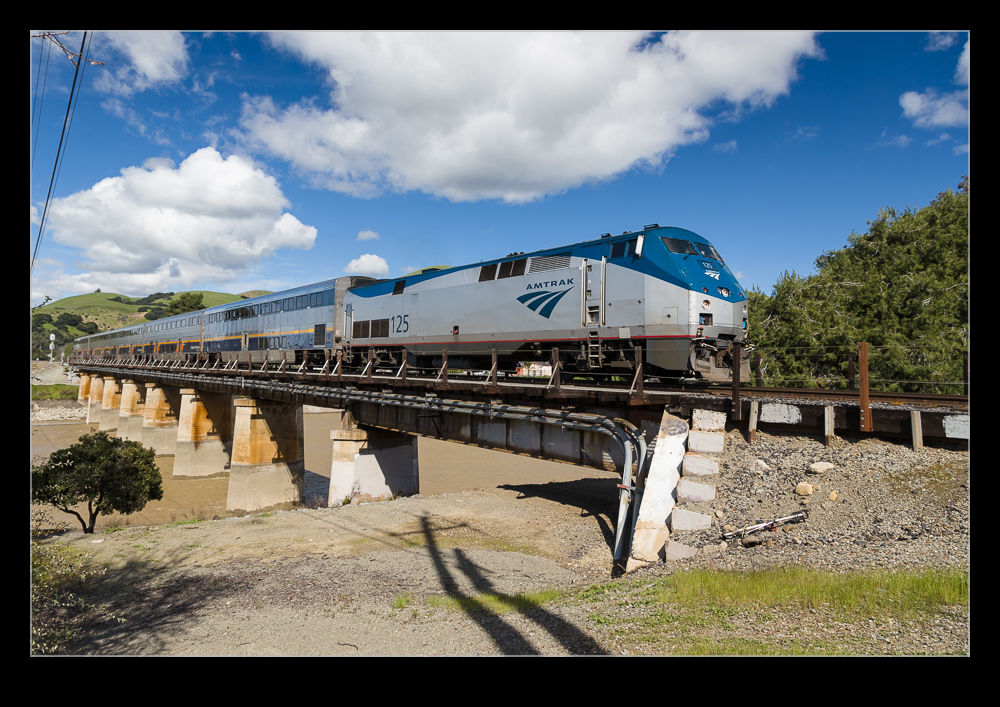 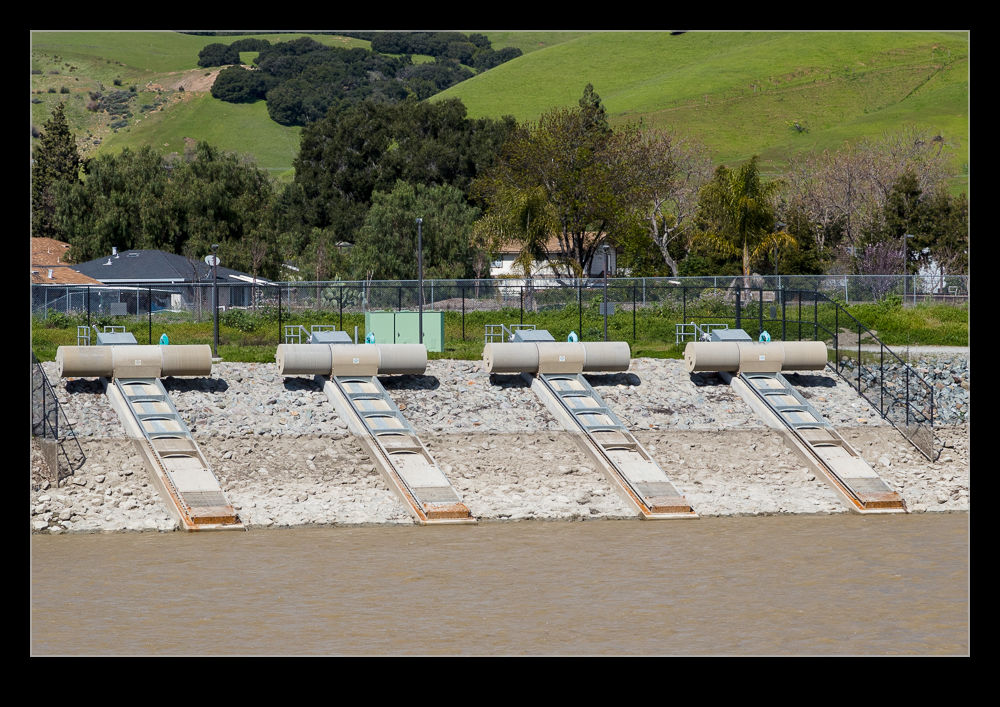 This post is a question for whoever might be able to help me out.  I was walking along Alameda Creek and I saw various sets of these devices along the levee banks at different locations.  I was curious as to what they could be.  They looked like they would float so I wondered whether they are designed to start at the bottom of the track and then float up as the water levels rises.  Perhaps this then reports back to some control location so everyone knows the level of the creek?  However, that is just a guess.  Does anyone know the real story? 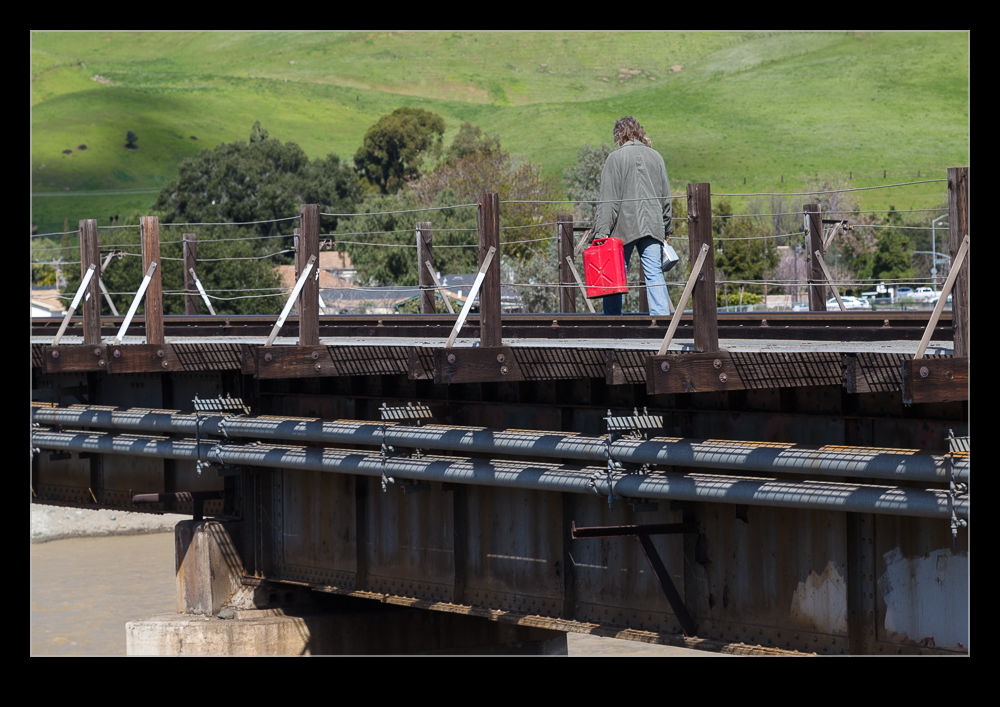 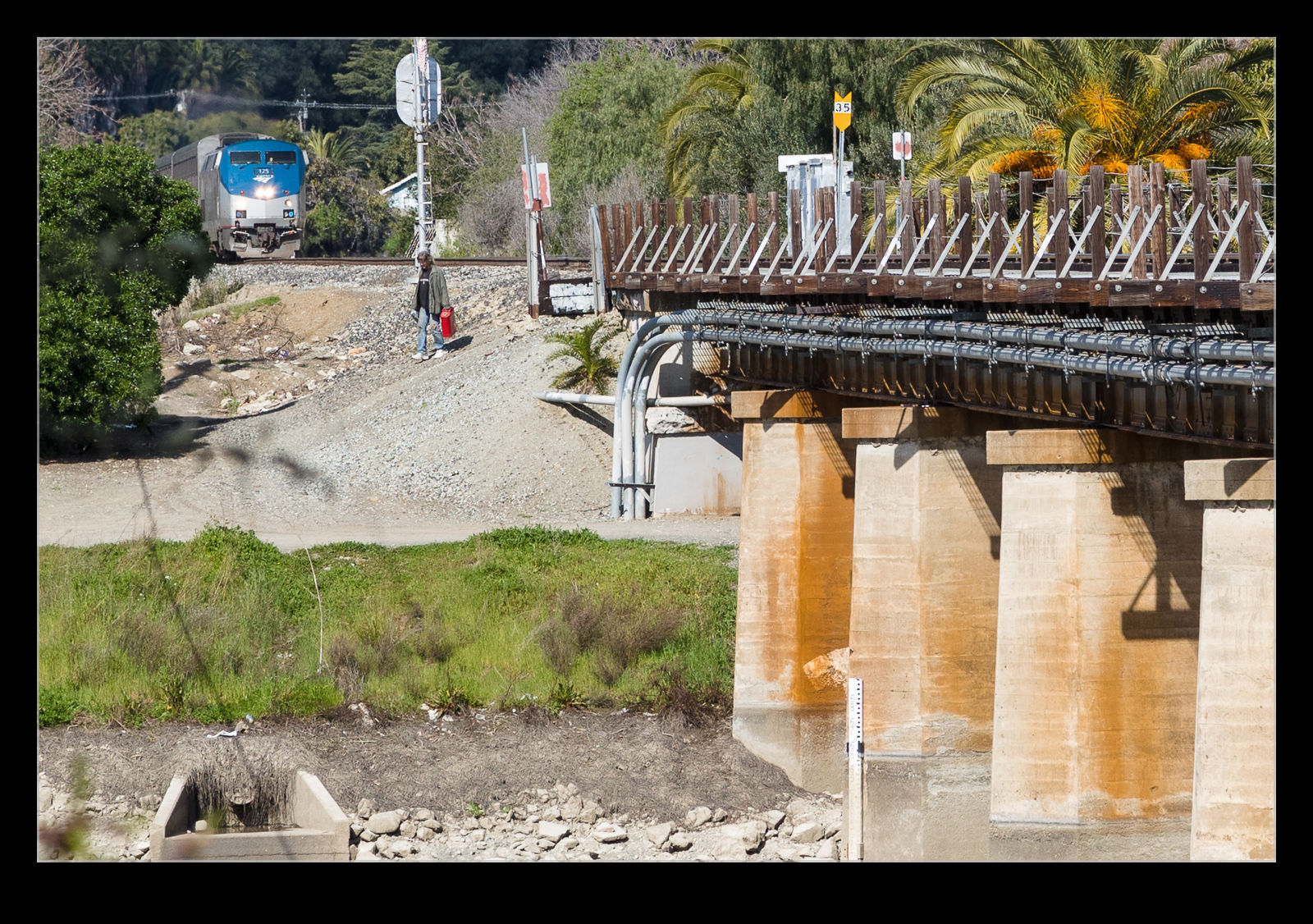 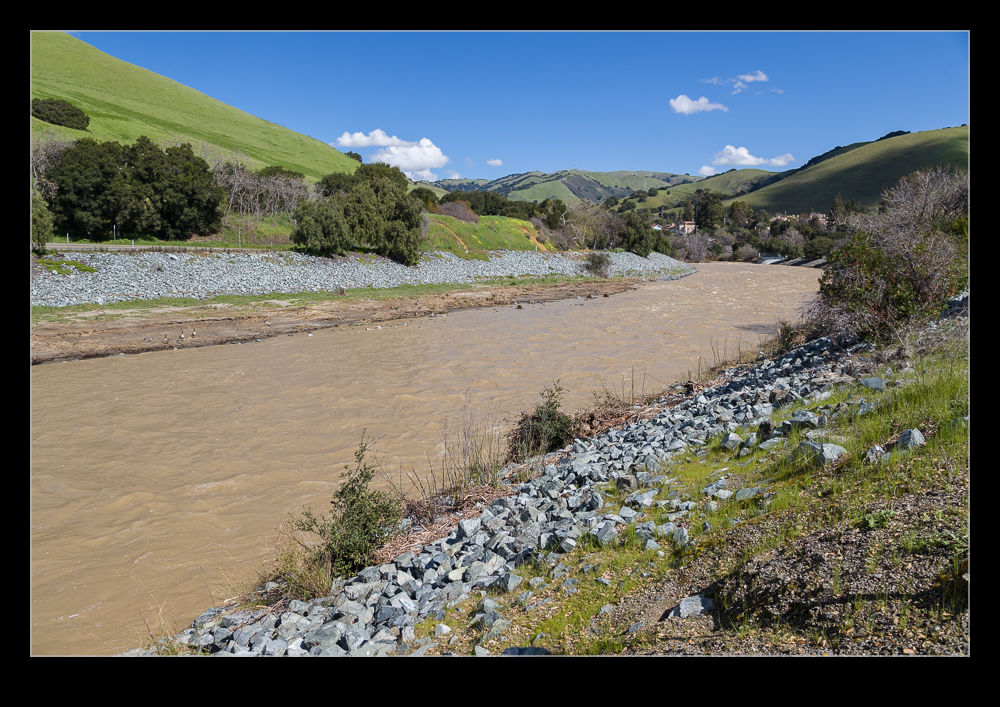 I took a walk along Alameda Creek down in Fremont.  There is a trail that runs along the top of the levee and, with a sunny Saturday and not much to do plus having been in Newark for something, I thought a stroll would be nice.  I haven’t walked along the creek before so I don’t know what normal water levels are but, with the large amount of rain that we have been having, I assume that the levels are well above normal. 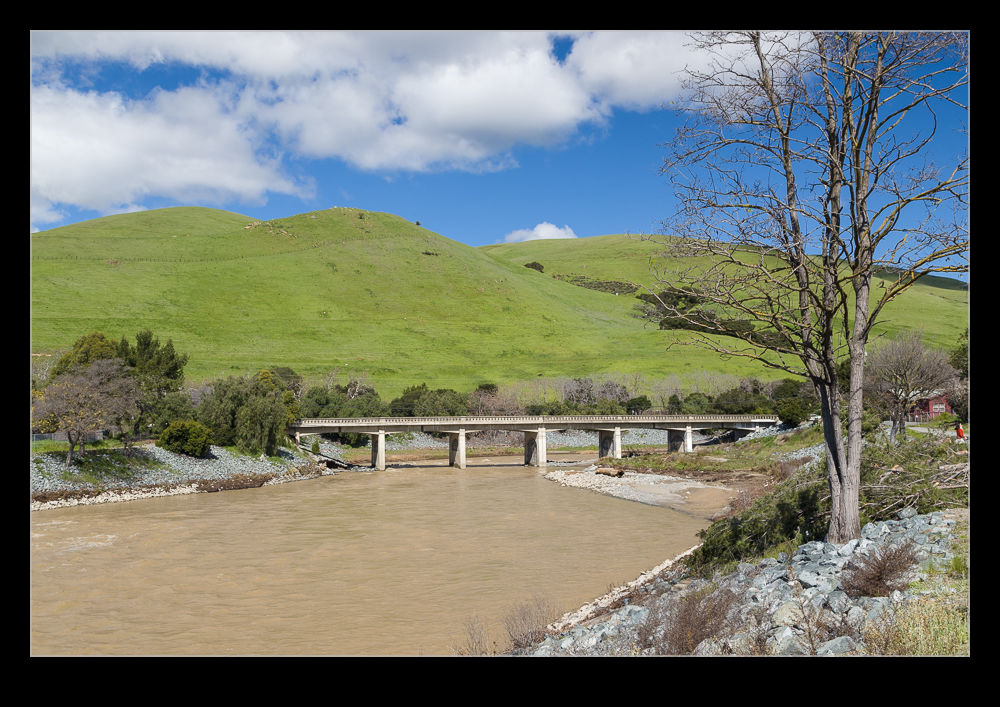 The things that really tell how the weather has been are the color of the hills and the color of the water.  The hills above Fremont are very green.  It doesn’t take long when the rain comes for the ground to get transformed from dry brown to lush green.  Given how much rain there has been, the green is pretty strong.  The brown has been transferred to the river.  The water was rushing through and it was obviously carrying a lot of sediment down from the hills.  The water was very muddy.  What would have been good to do would be to go flying over the bay and to get shots of where the rivers are flowing out into the bay.  I imagine the run off would be very conspicuous right now. 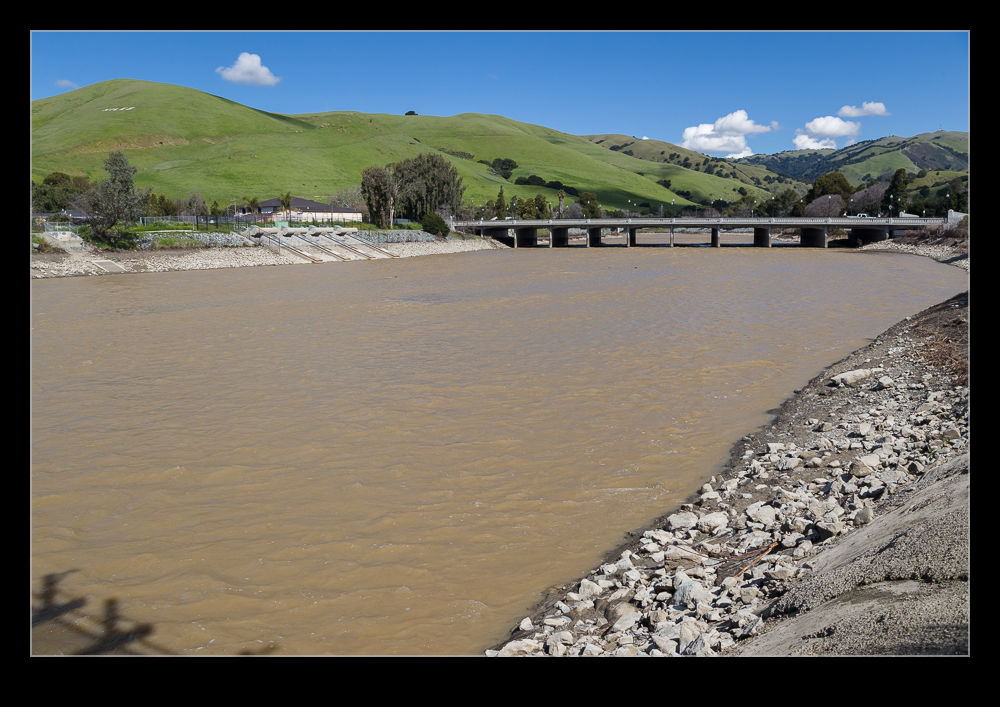