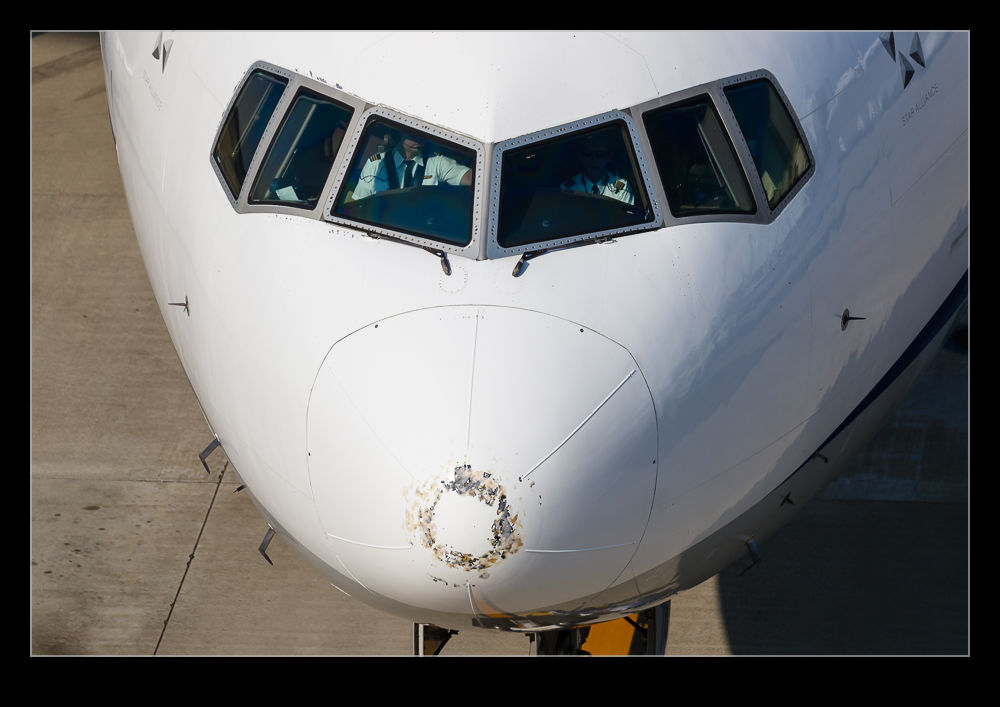 This 777 pulled onto the gate in front of my while I was at Haneda.  The radome seems to have taken a bit of punishment.  It looks a bit like some of those shots you see of jets that have gone through a hail storm.  I don’t know whether that is the case for this one and it has, no doubt, been checked and found to be airworthy but it certainly looked out of keeping. 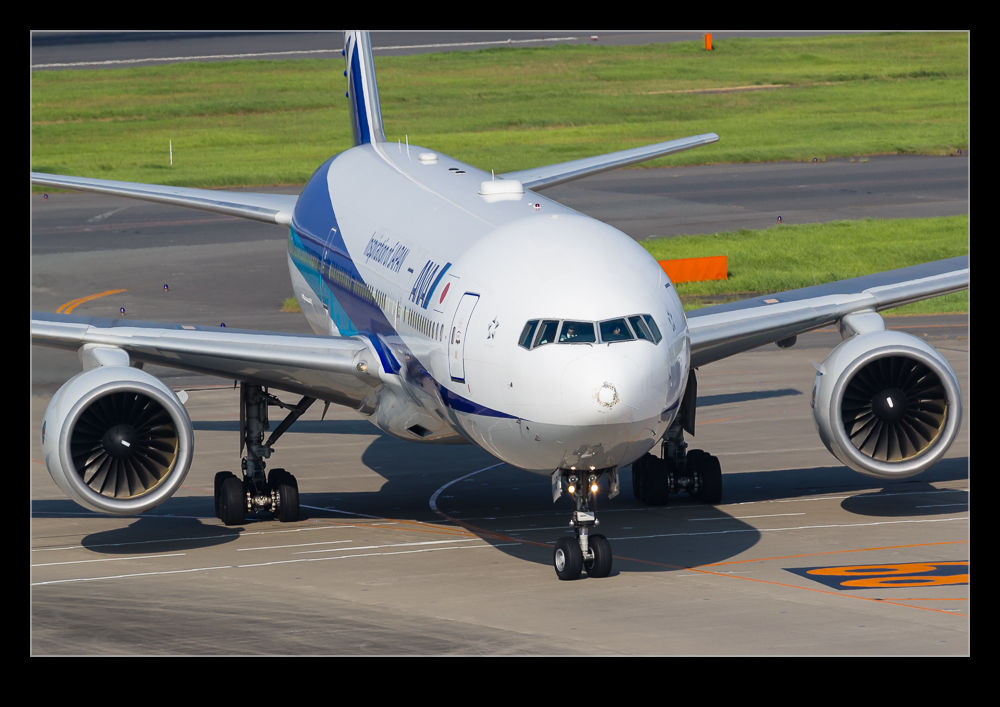 Everett is a busy production facility.  787s are being built at a fair rate while 777 production continues, albeit at a reducing pace.  There are some 747s and 767s coming out as well.  The flightline for their testing is consequently rather full.  I figured a panorama was a good idea but they are hard to put on the blog without making them too small.  Time for zoomify again.  You can pan around and zoom in to see what was on the line this day. 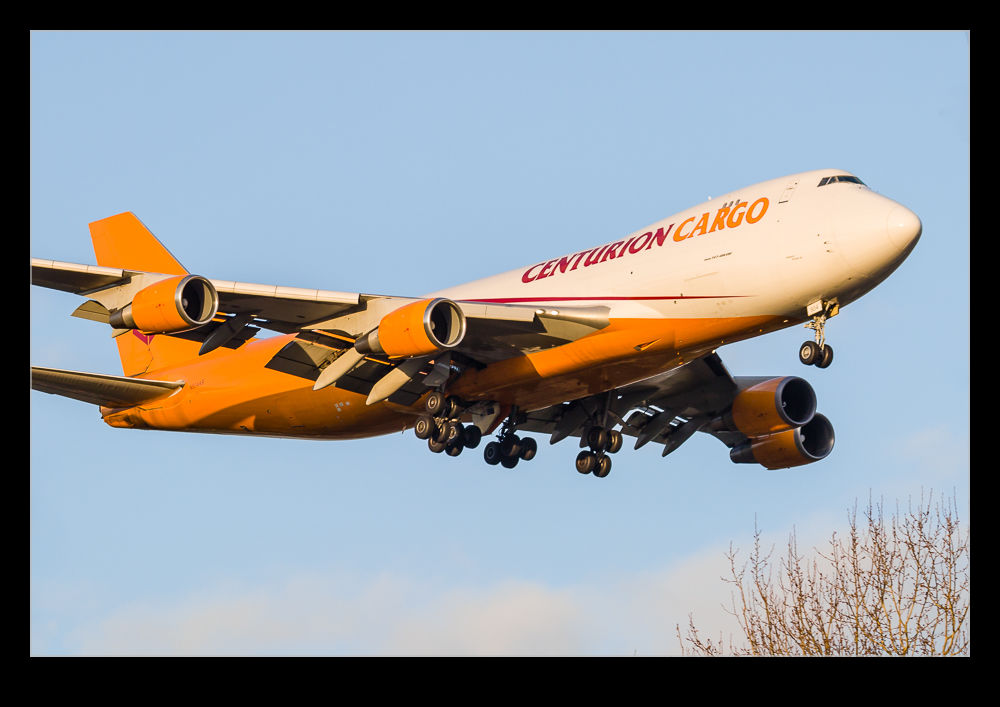 I was in the vicinity of SeaTac when I saw on Flightaware that a freighter operated by Centurion Cargo was inbound.  This was not an operator I had seen much of and, since I had a few minutes before I was heading to my next appointment, i thought I would try to catch it.  Getting arrivals at SeaTac in the afternoon when they are coming from the north restricts the options for shooting.  however, there was a place I had been before for departures that I thought I would try. 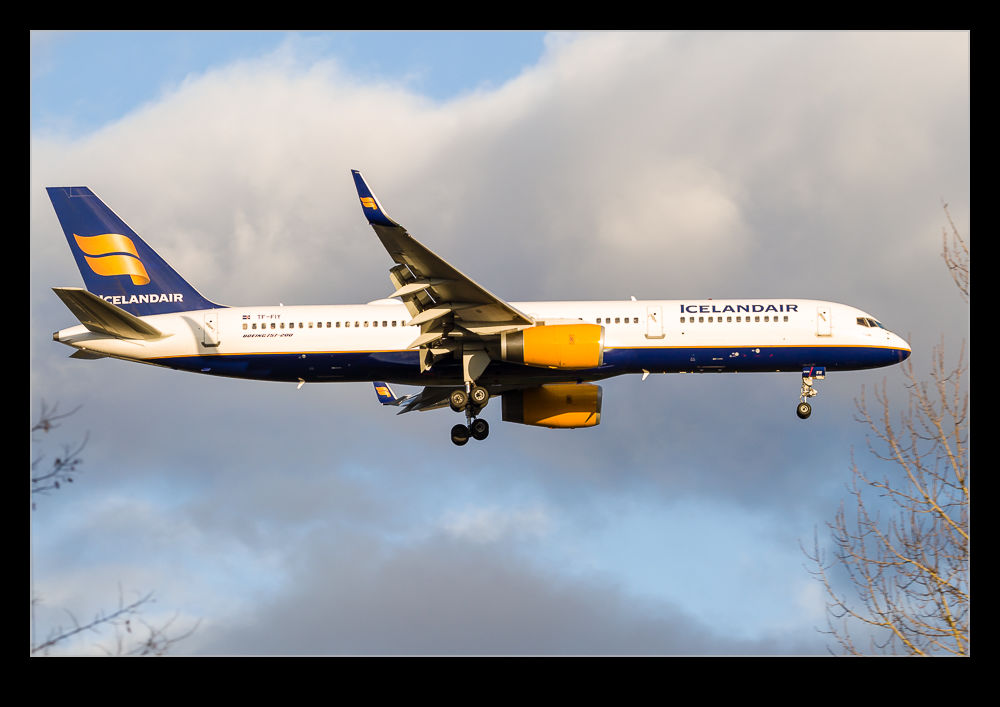 I got there with a few minutes to spare so was able to get an idea of what was possible with some other arrivals.  The location was not ideal with a lot of trees in the vicinity which, even though it was winter, tended to obscure things a bit.  There was a view through the trees up the approach and then along a road as they passed by.  Neither was very good.  I got a British Airways 777 which gave me a clue as to where the Centurion jet would appear and how much free space there would be.  Not much as it turned out.  However, I did get a brief view which will have to do for now. 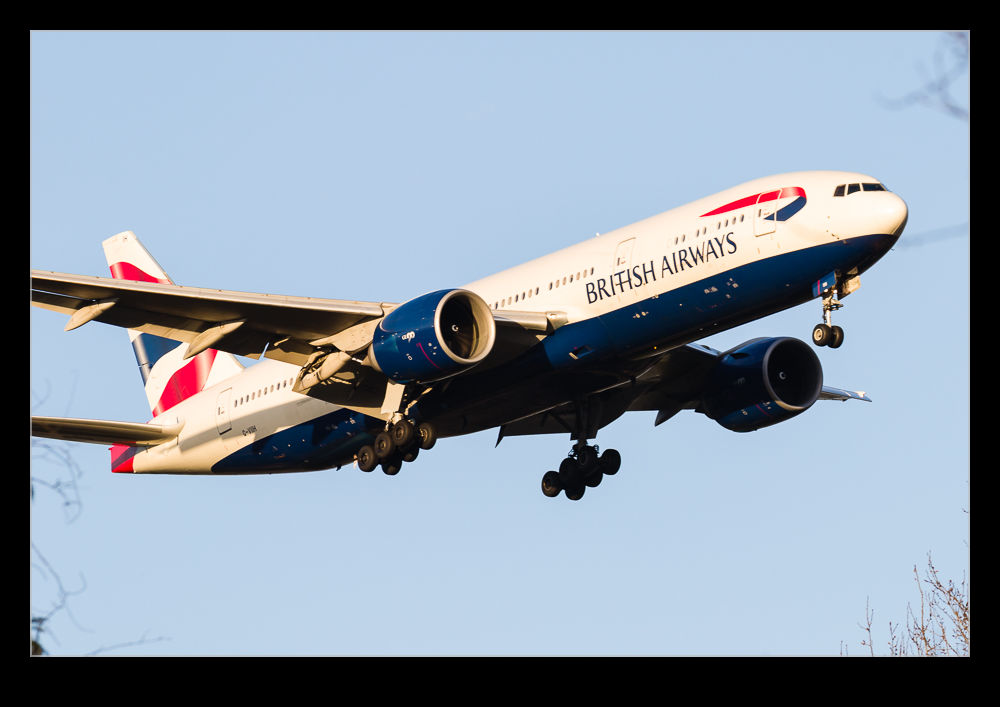 Came across this video of a rather interesting 777 landing.  I assume it is genuine and not some happy bit of video creation by someone.  Anyway, thought I would share it with those that haven’t seen it before.