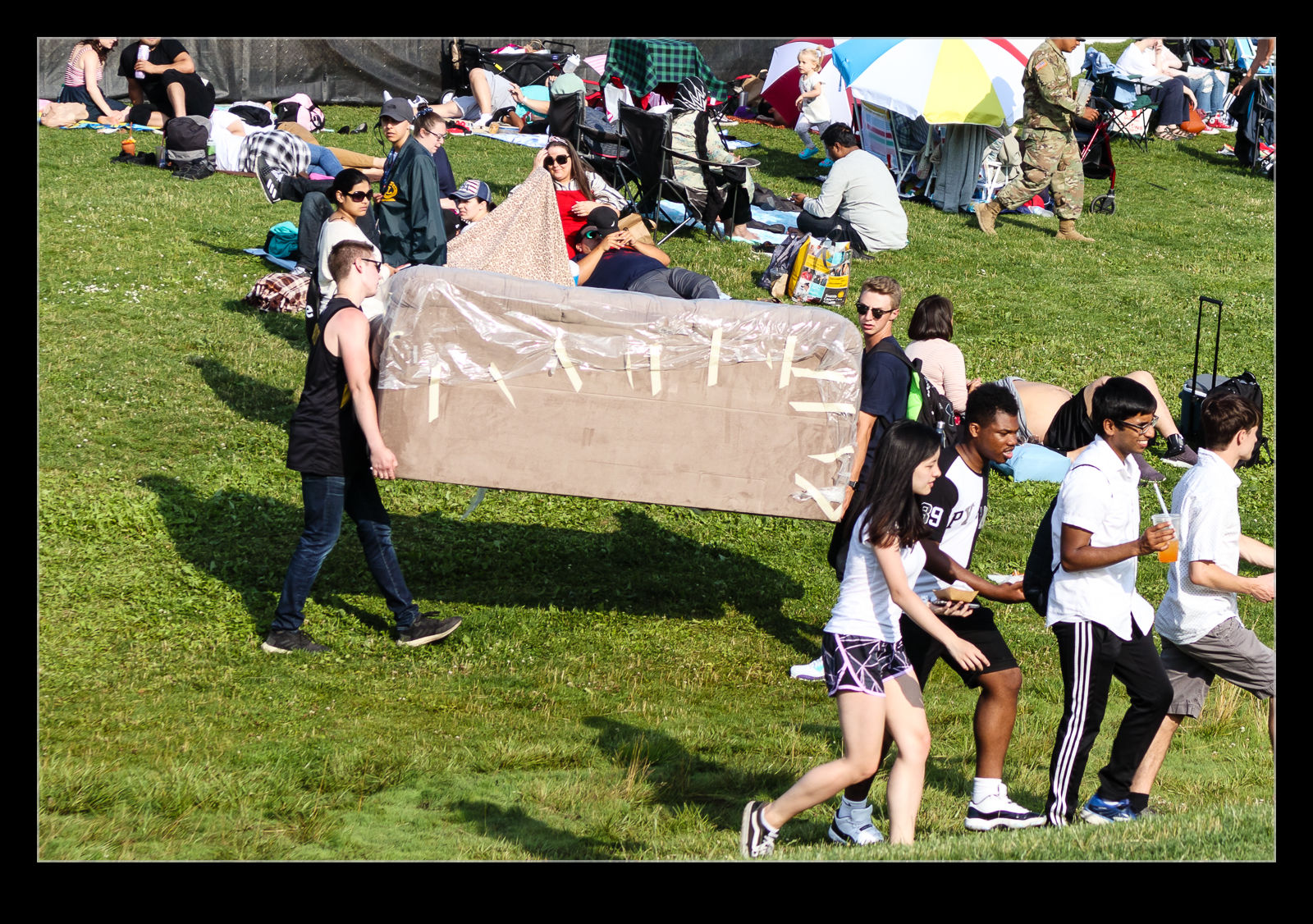 Fireworks displays attract lots of people and they come prepared in all sorts of ways.  Some will come with a blanket to sit on.  Others will bring folding chair and tables and maybe a bunch of food to go with it.  It may be that they just come as they are ready to sit on the grass and keep it simple.  However, I haven’t seen anyone bring a couch – until now! 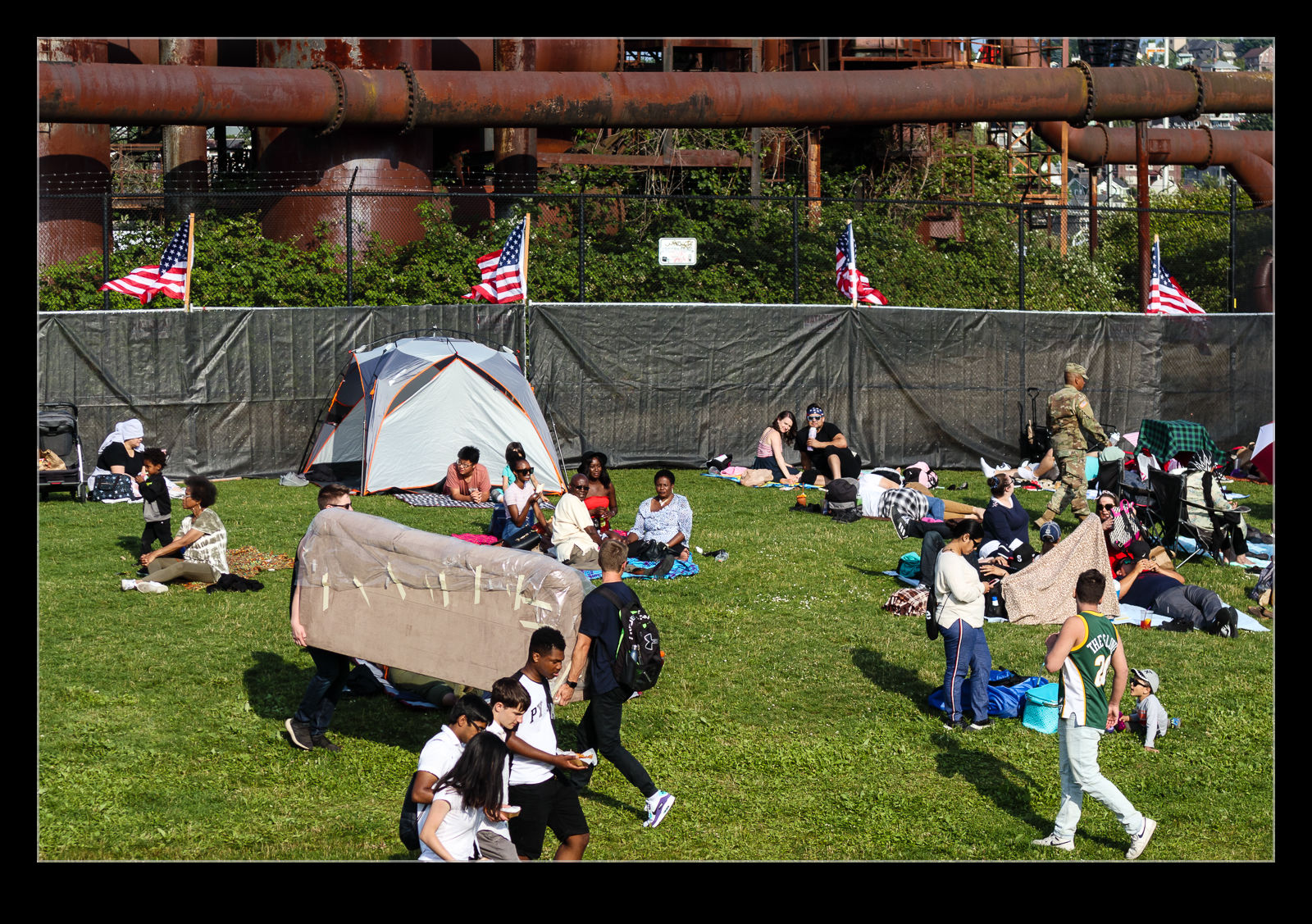 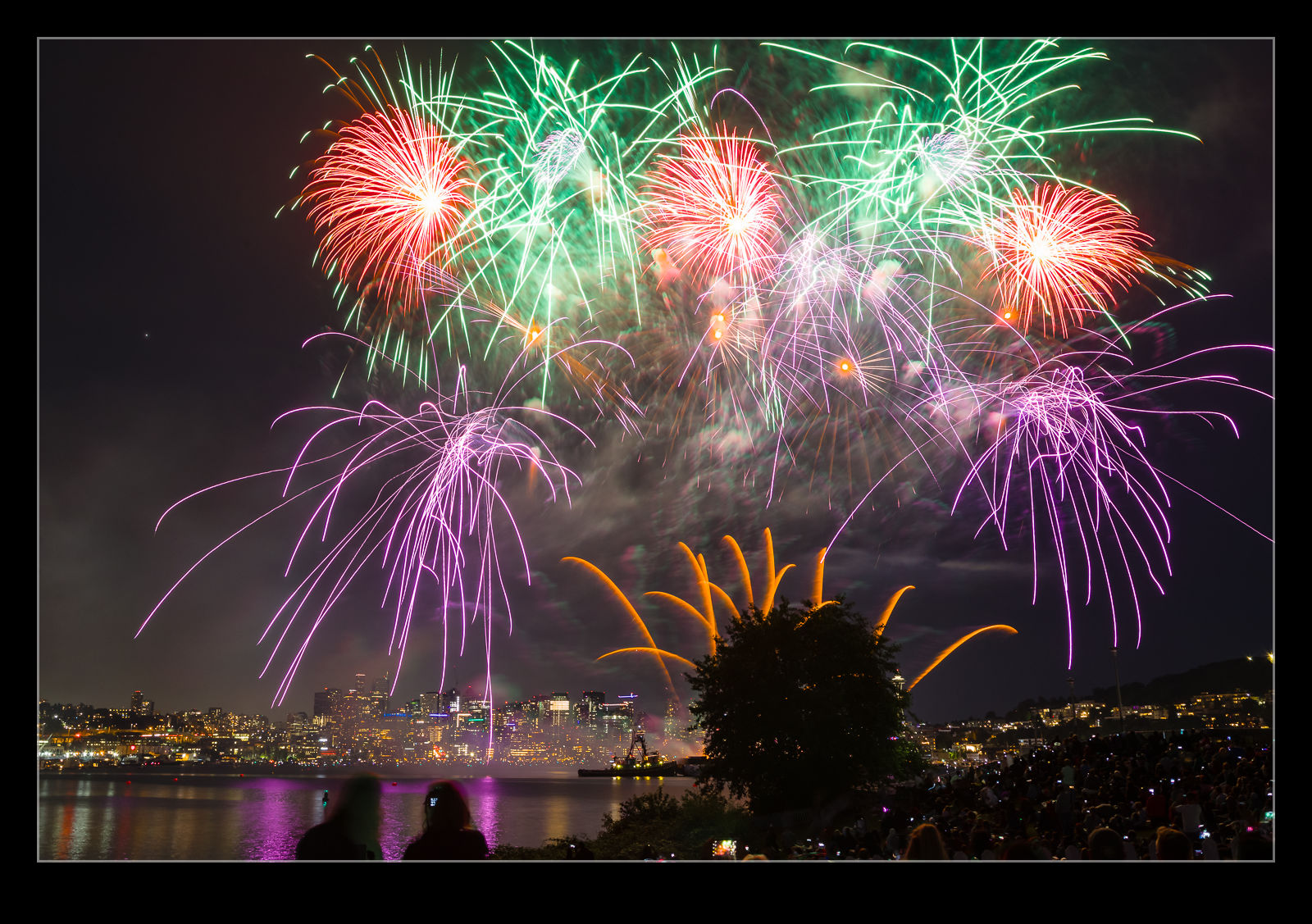 On our first 4th July in the Seattle area, we watched fireworks from Kirkland.  In the distance we could see the fireworks over Lake Union and we figured at some point we should make the effort to go and see them more directly.  We did so this year.  We based ourselves in Gas Works Park at the north end of the lake and we had a great vantage point for enjoying them.  I took the camera along because the nice thing for me about fireworks is that I can enjoy them and shoot at the same time courtesy of the cable release. 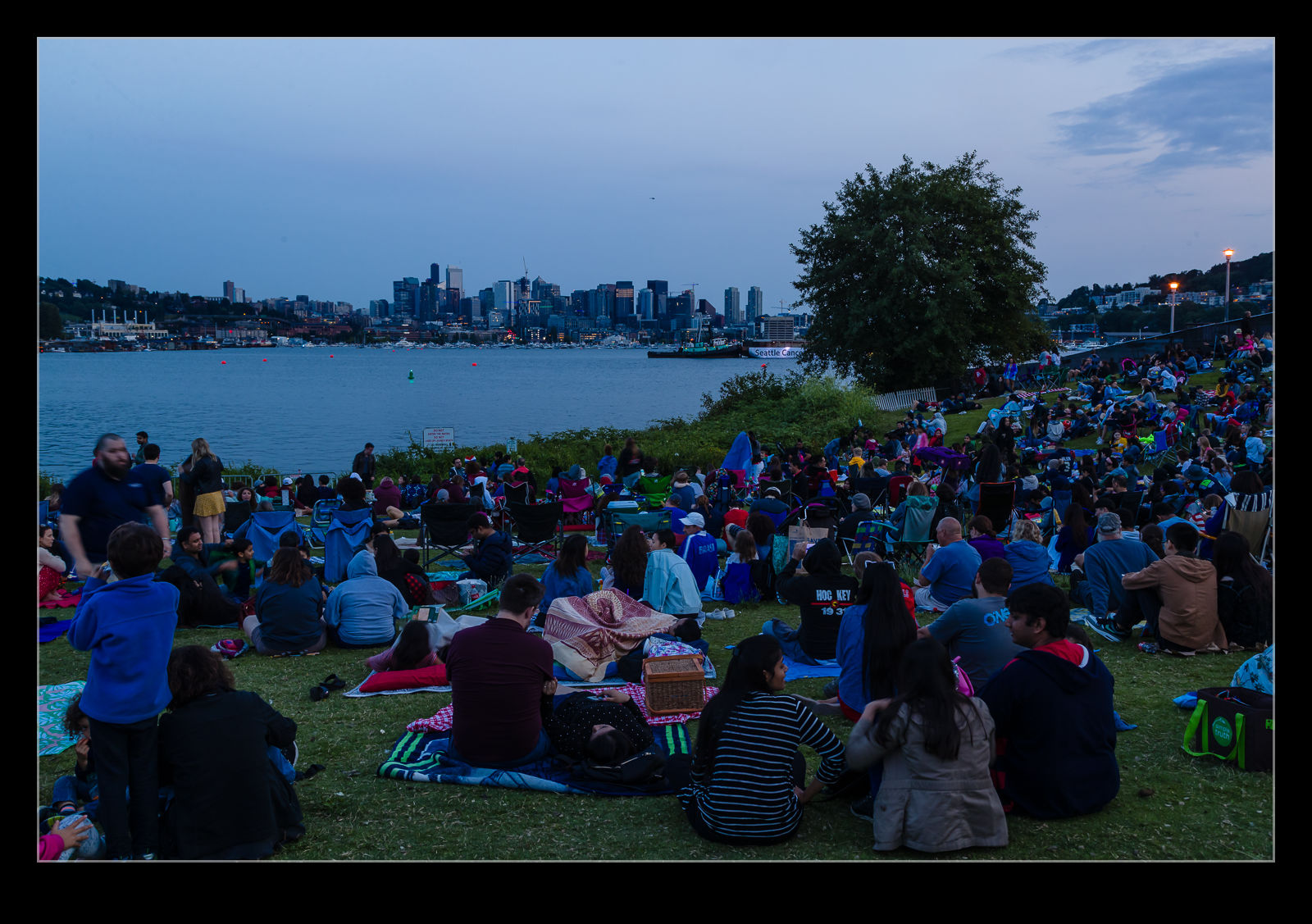 My normal result with fireworks is that I get a lot of shots that are just not that special and a few that I really like.  For some reason with this display, I had a far higher hit rate.  I am not sure whether it is a function of their sequencing of the fireworks or just good luck but running through the shots I found so many I was pleased with.  I won’t bore you with tons of shots but here are a few samples of what was a fantastic display.  The coordination with music was great and my only gripe was that the finale was put to a piece that rather peters out instead of having a crashing ending.  This seems to be more appropriate to fireworks.  However, a minor gripe and a very impressive display. 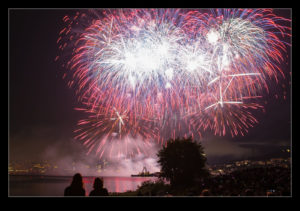 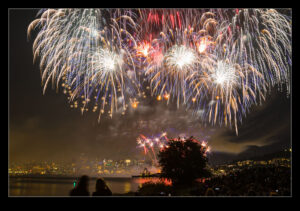 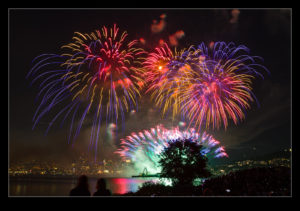 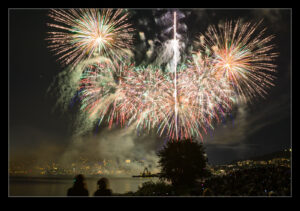 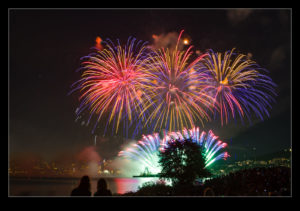 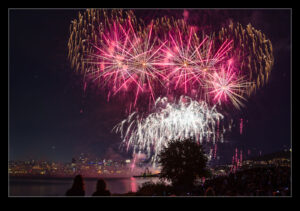 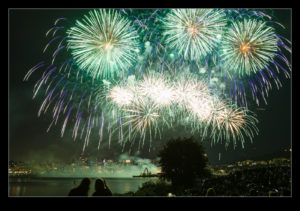 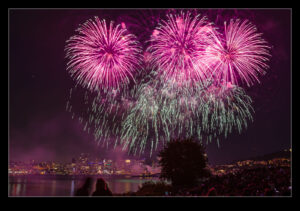 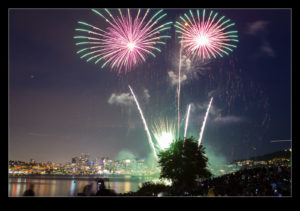 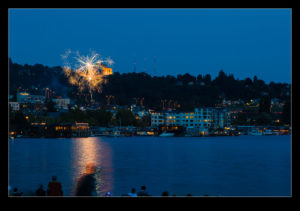 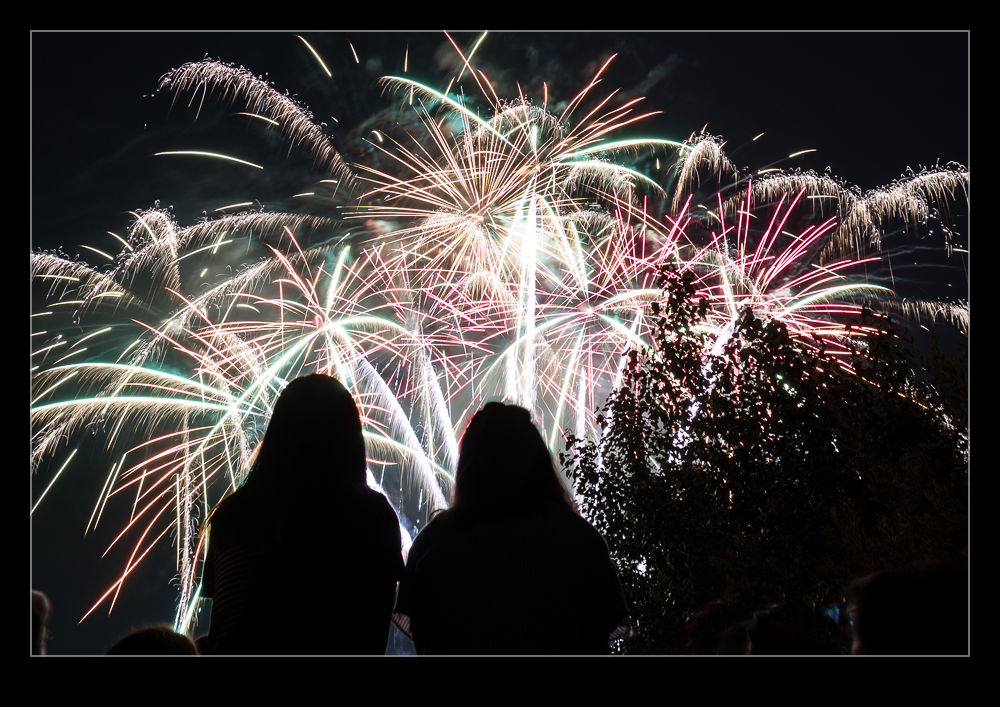 Last year we were living in Kirkland when July 4th came around.  We checked out the fireworks in the town and I took the camera along.  Unfortunately, we picked a place to sit in the park that meant the fireworks were behind a tree so I didn’t get any pictures that I was happy with.  This year we have moved a little up the lake so we decided to try out the fireworks in Kenmore. 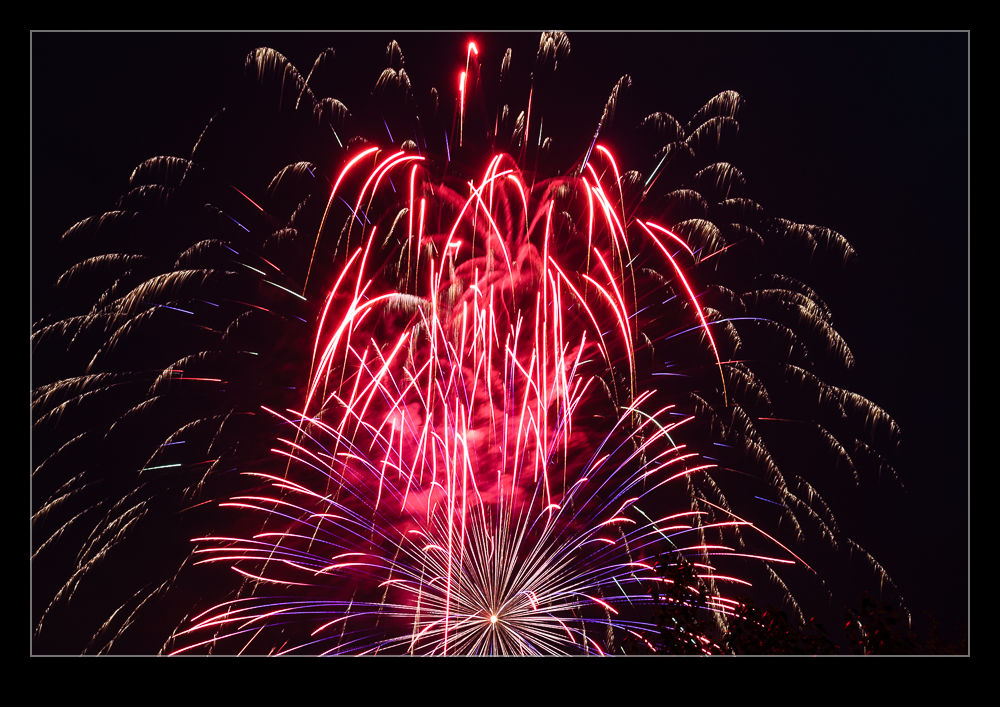 We turned up later in the evening and the park was busy with lots of families out enjoying the warm evening and waiting for the display.  We found a spot down near the water that seemed pretty convenient and set up.  I wasn’t too bothered about shots but will take them anyway since it is easy to do while enjoying the display.  We had some people in front of us that I thought might make good silhouettes in the shots too. 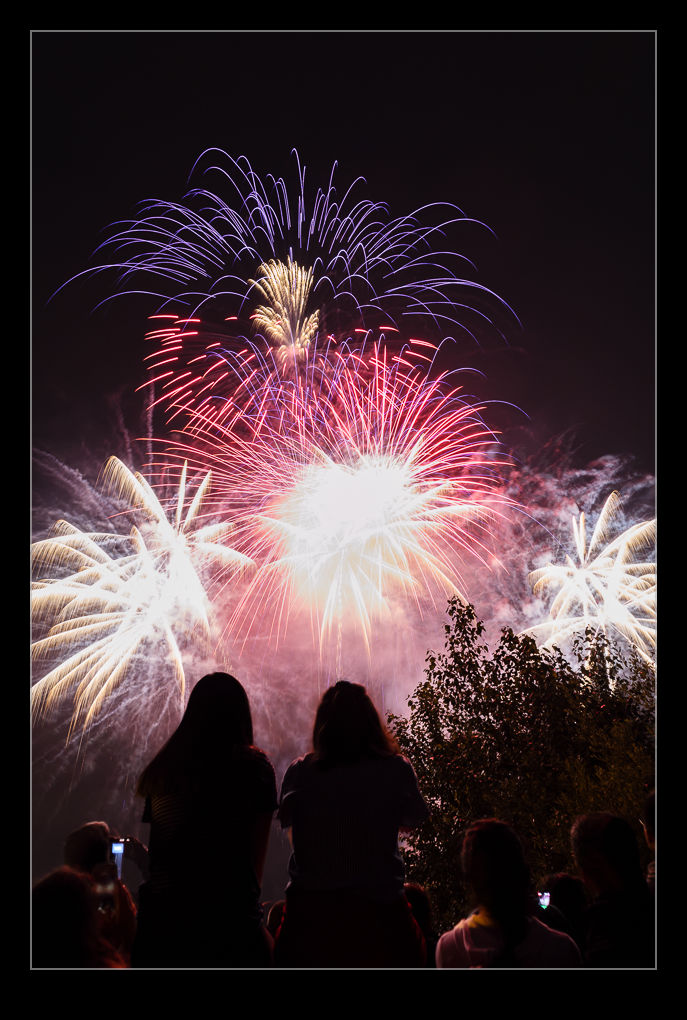 The display started at just after 10pm and lasted about twenty minutes.  They were launching from the pier in Log Boom Park so the fireworks were out over the lake.  The team had choreographed a great performance and everyone seemed to be pleased. These are a few of the shots I got while enjoying the show. 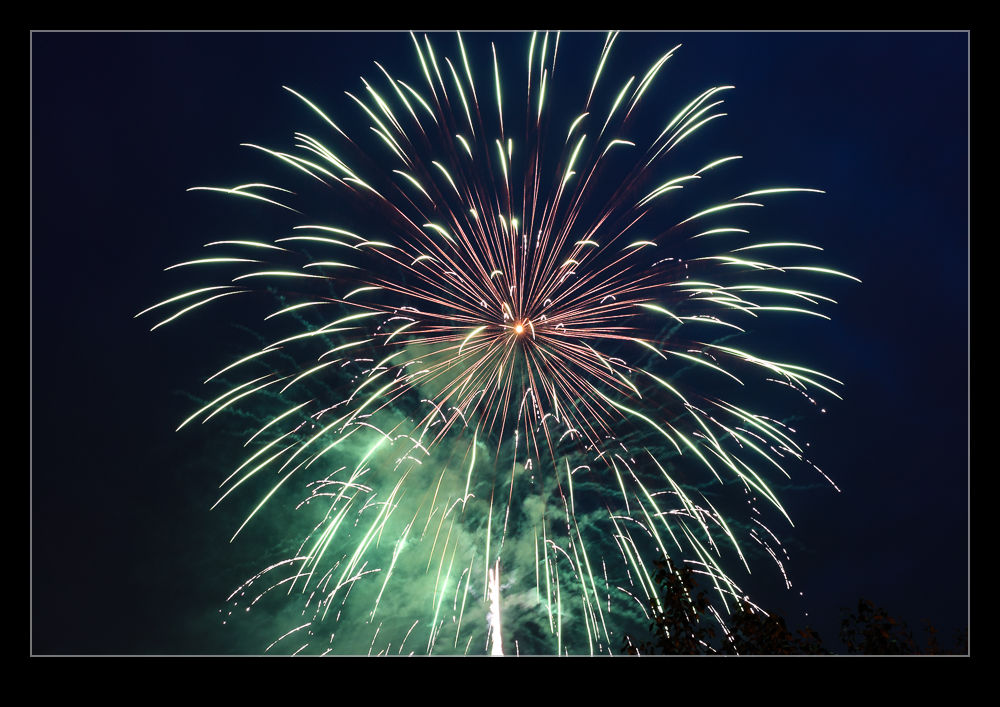 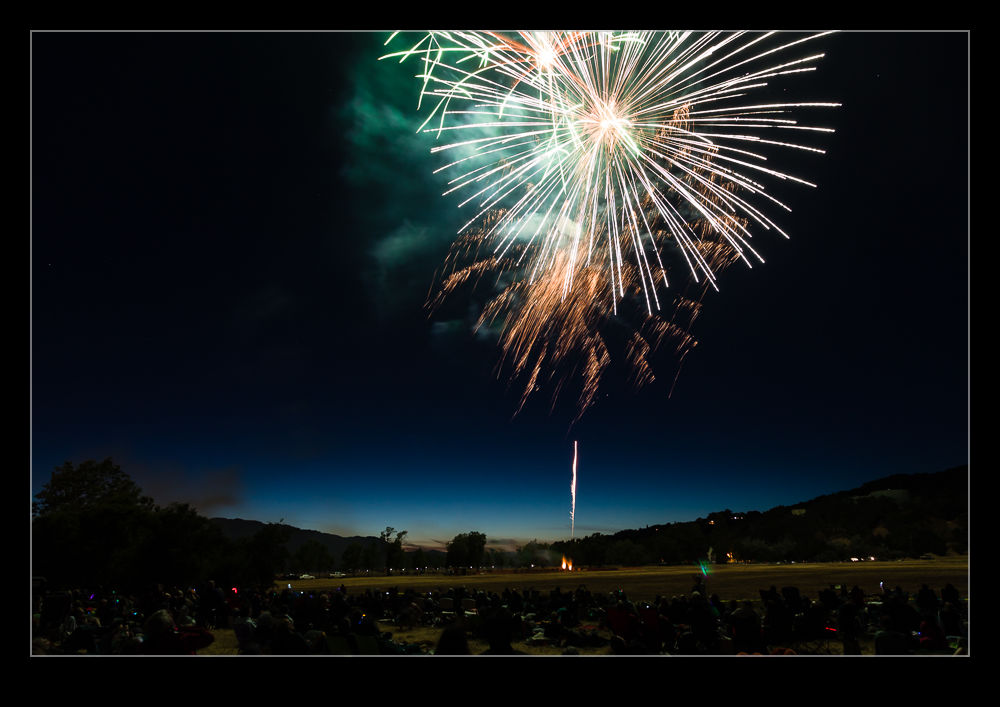 The timing of this post is probably unexpected. However, I am deliberately doing this since, if I had posted at the time, it would have looked like a lot of similar material from everyone else.  Why?  Fourth of July fireworks, that’s why.  We spent the weekend up in Sonoma over the weekend of the holiday. Sonoma has a nice town fireworks display. It lasts quite a long time with the whole display running nearly half an hour.  Part of this is by pacing the show.  It is a steady stream of rockets but not too fast.  However, at the end, they suddenly go nuts and fire off everything that is left in a mad fury! 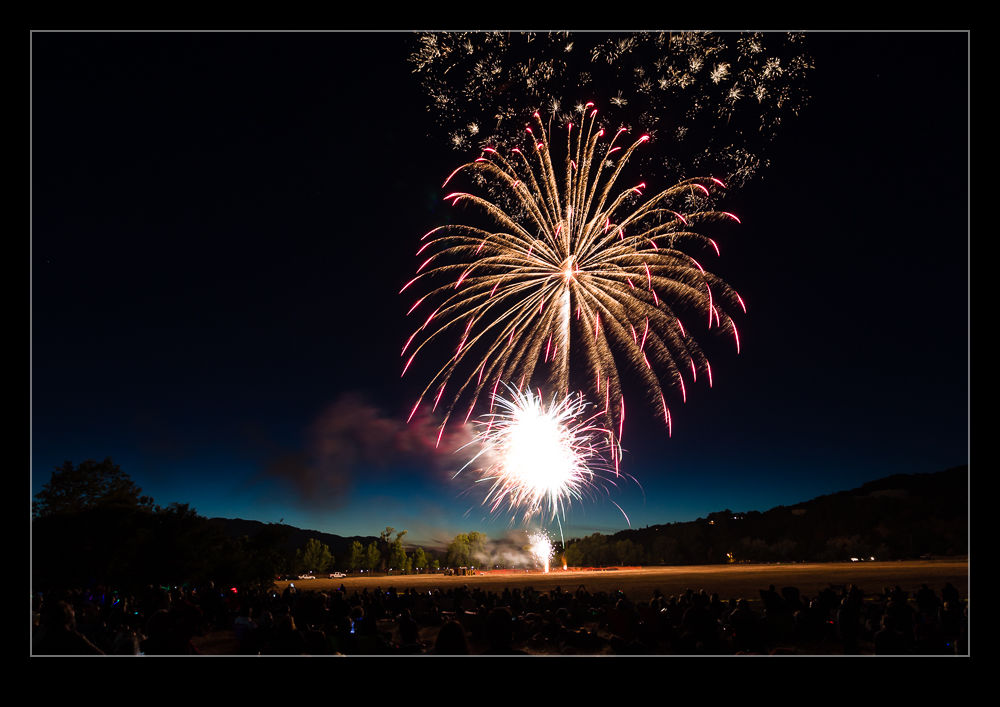 As is my usual thing with fireworks, I set up the camera, hold the cable release and then fire away while enjoying the display without looking through the viewfinder at all. I did tweak things once with a change in orientation as a result of the display getting larger than I had expected. However, I shoot almost without thinking about it. Here are some of the nicer shots I got. Nothing of the grand finale since that was so crazy it just turned the images into white expanses in the area of the explosions. 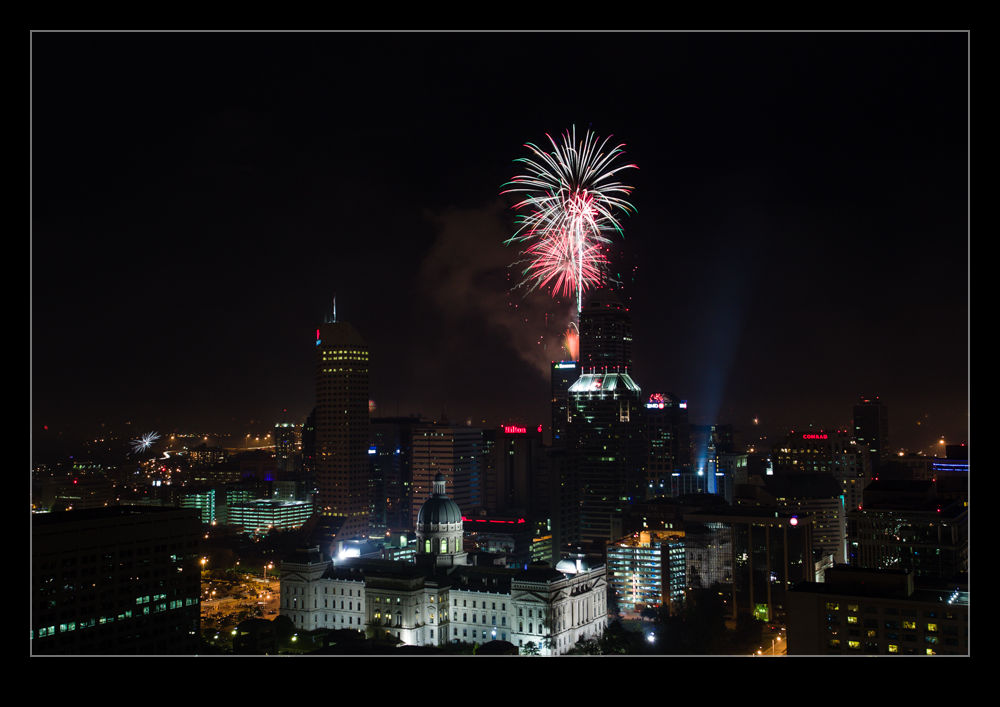 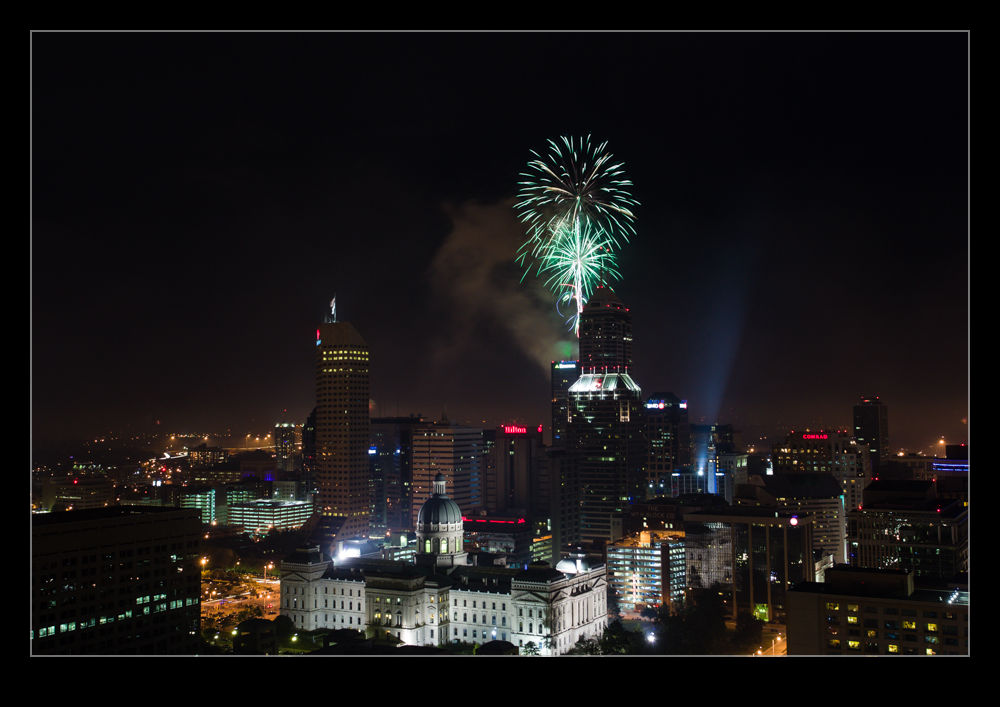 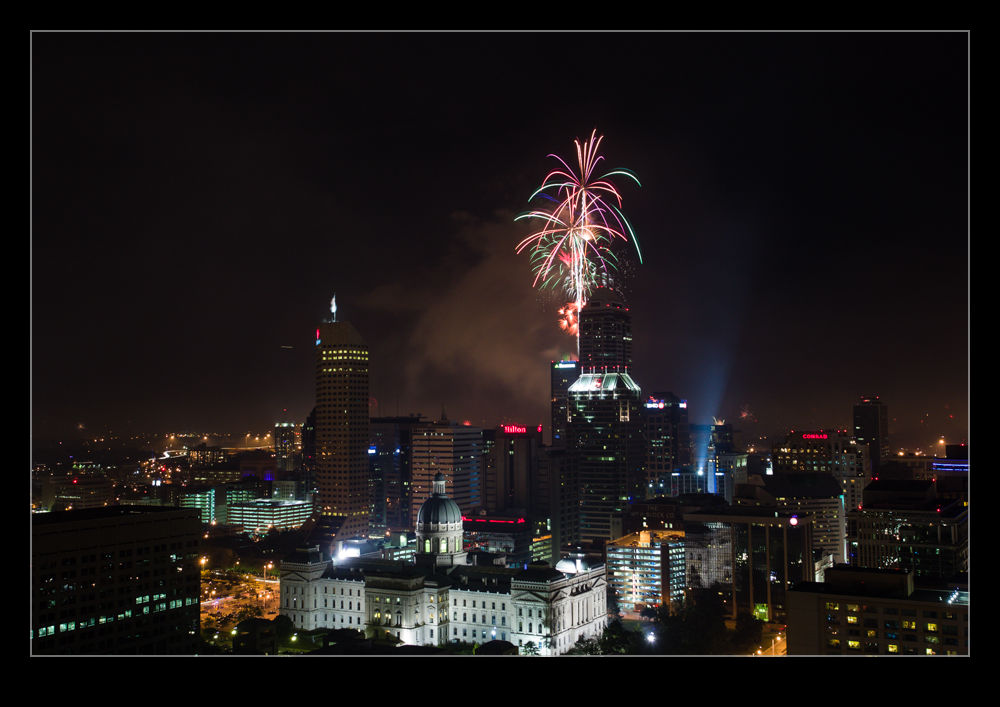