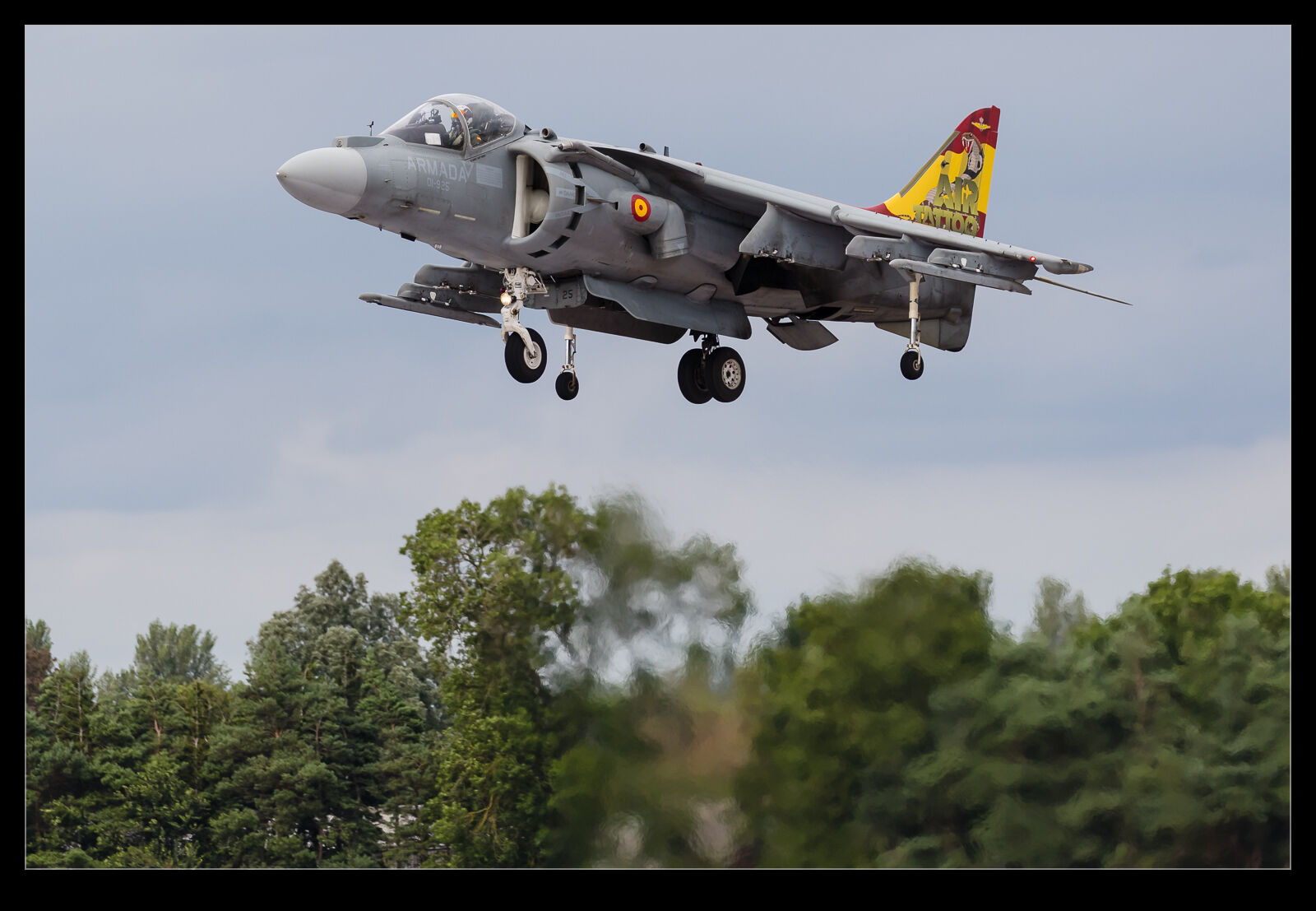 The Spanish Navy Harriers have recently become the darlings of the UK air show scene.  The retirement of the UK’s Harriers left a feeling of longing for many air show attendees and the recent return of the Spanish Navy has made a lot of people happy.  They brought two of the jets to RIAT this year.  They put on a nice job of displaying with both aircraft flying giving some formation work and some faster stuff.  Plenty of hovering of course. 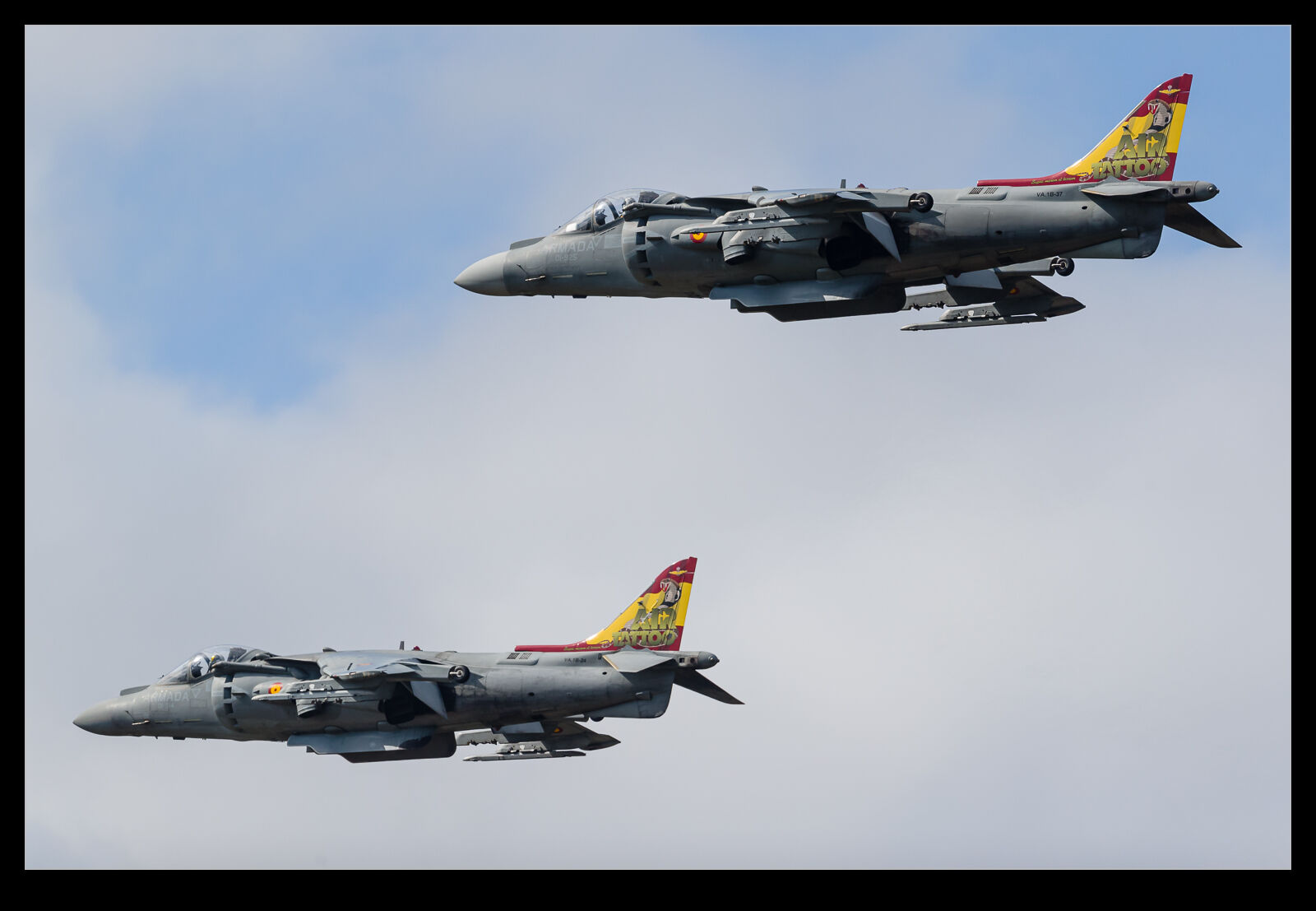 They seemed to be leading a charmed life with the sun seeming to appear whenever they were flying.  Given how the weather was over the weekend, this was no mean feat.  One day I spent down near the ramp when they were operating from so I was able to get some closer shots of them as they taxied out for departure and when they returned.  Harriers are still relatively accessible in the US but it won’t be too long before the F-35B consigns them to history too so it was nice to get some Harrier time again. 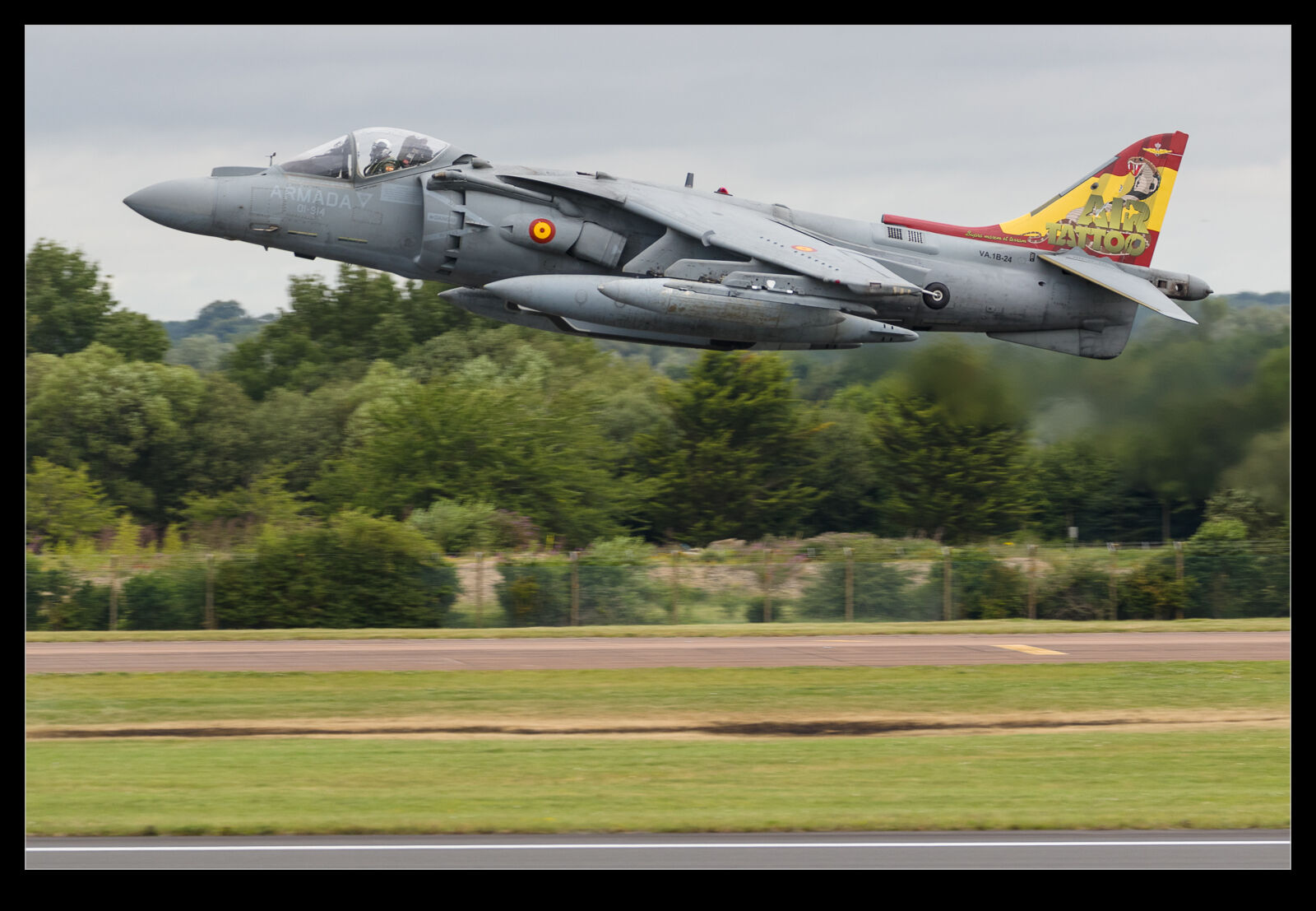 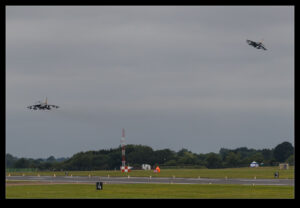 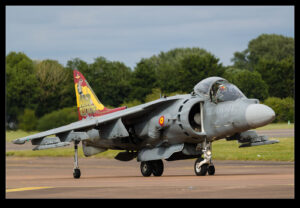 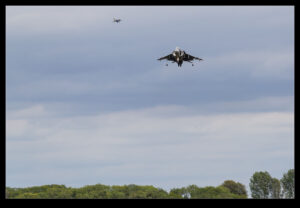 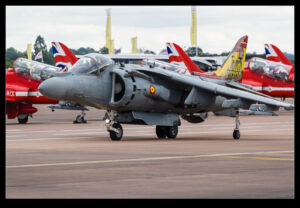 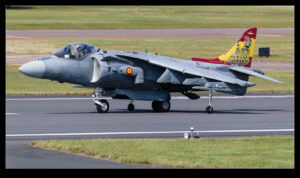 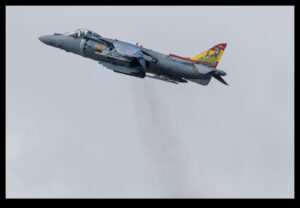 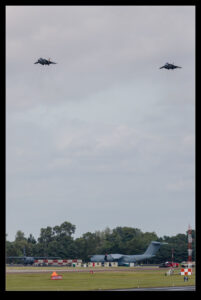 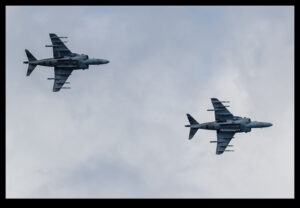 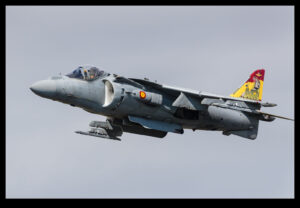 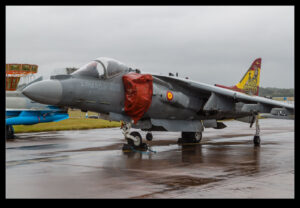