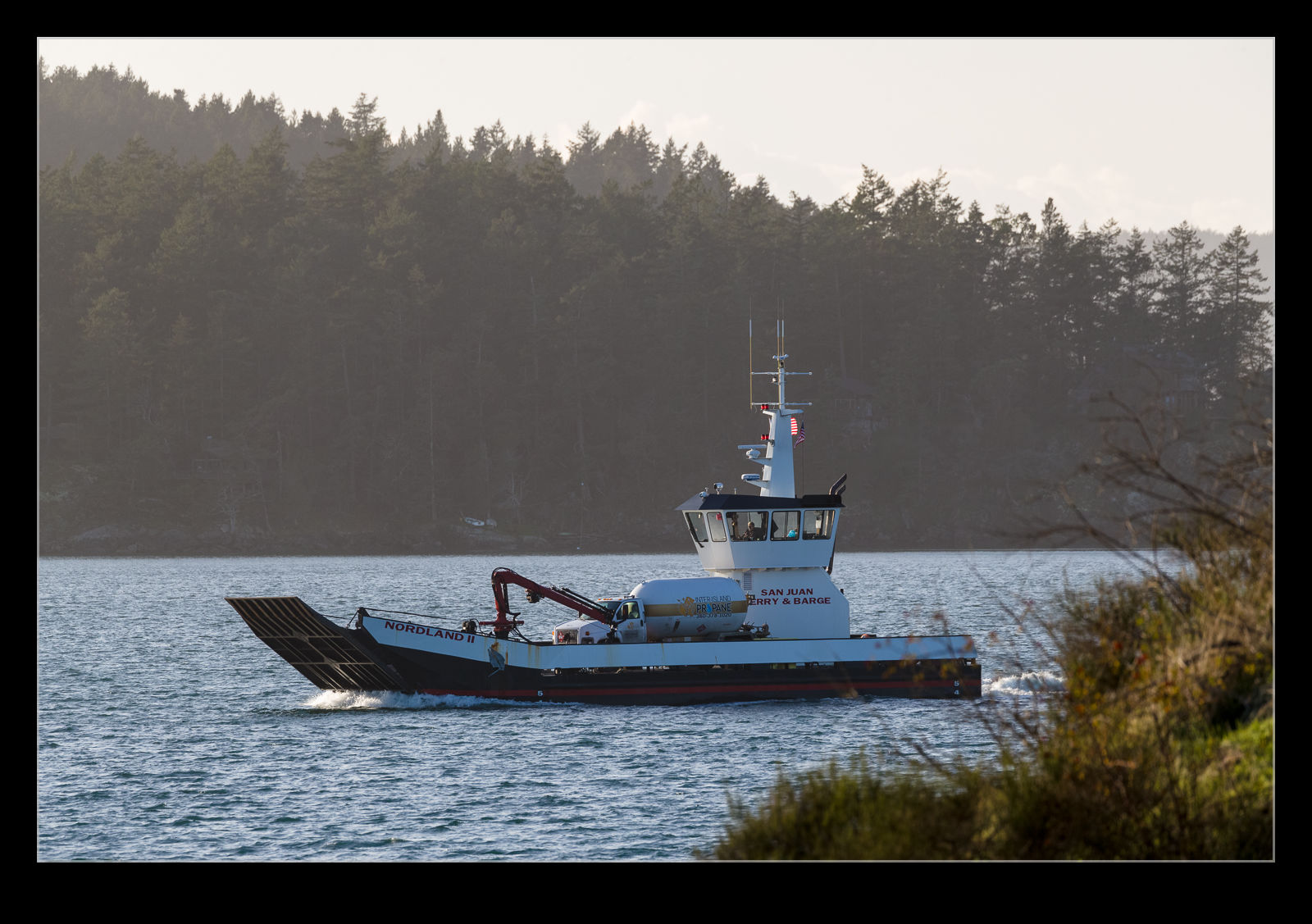 The Washington State Ferries service is the main way of getting between the San Juan Islands but it isn’t the only one.  On a previous trip to the islands, I had posted about an operator of a small ferry.  That post is here.  The operator is San Juan Ferry and Barge.  The boat in the original post is the Henry Island but they have a second, similar boat.  This is the Nordland II. 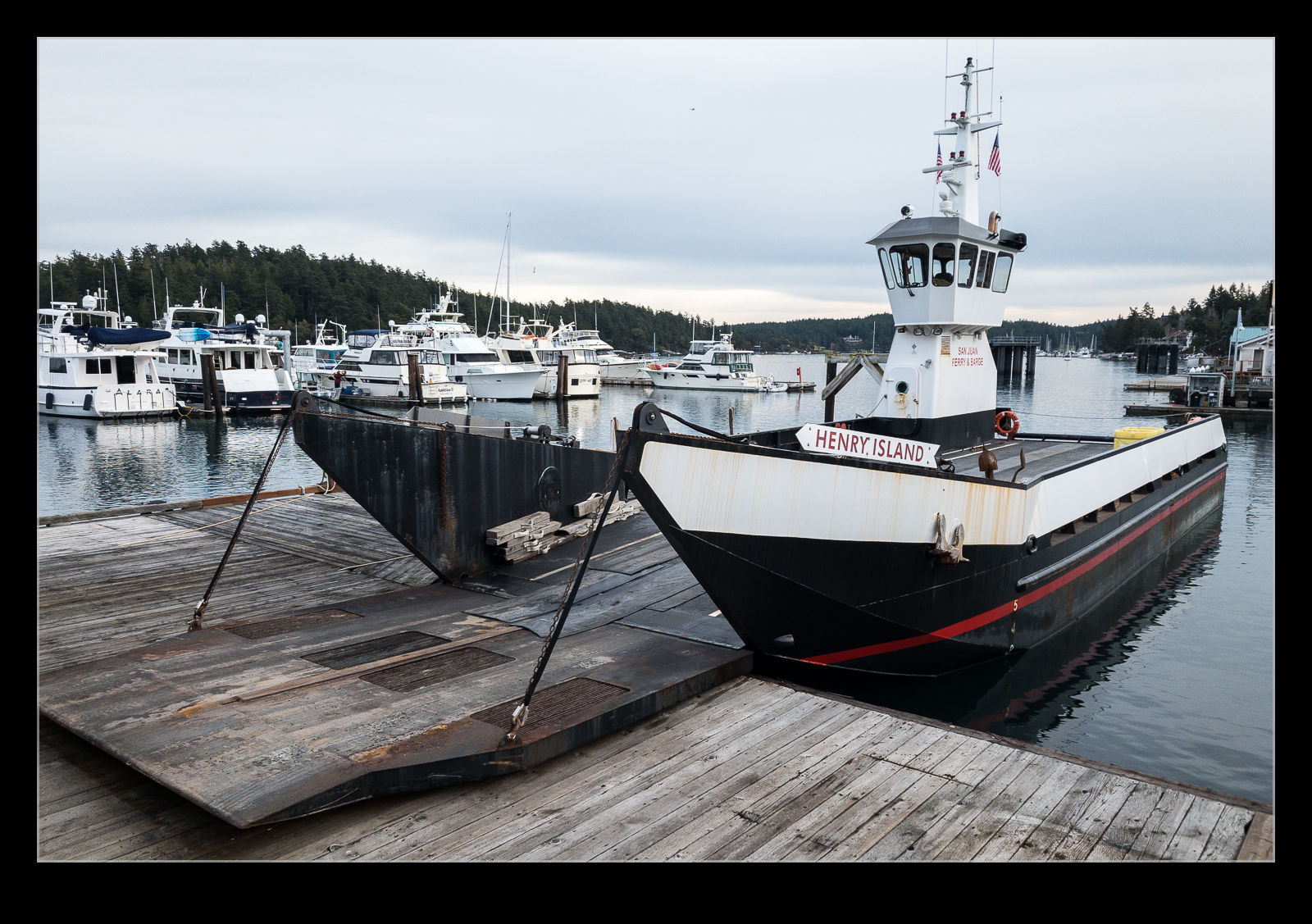 The Nordland II came past us while we were staying in Orcas a couple of times.  It had a truck with what looked like propane on board.  I imagine moving from place to place with a hazardous cargo is easier when you charter the boat yourself.  The front ramp means they can load and unload at any number of launching ramps around the islands which makes them super flexible. 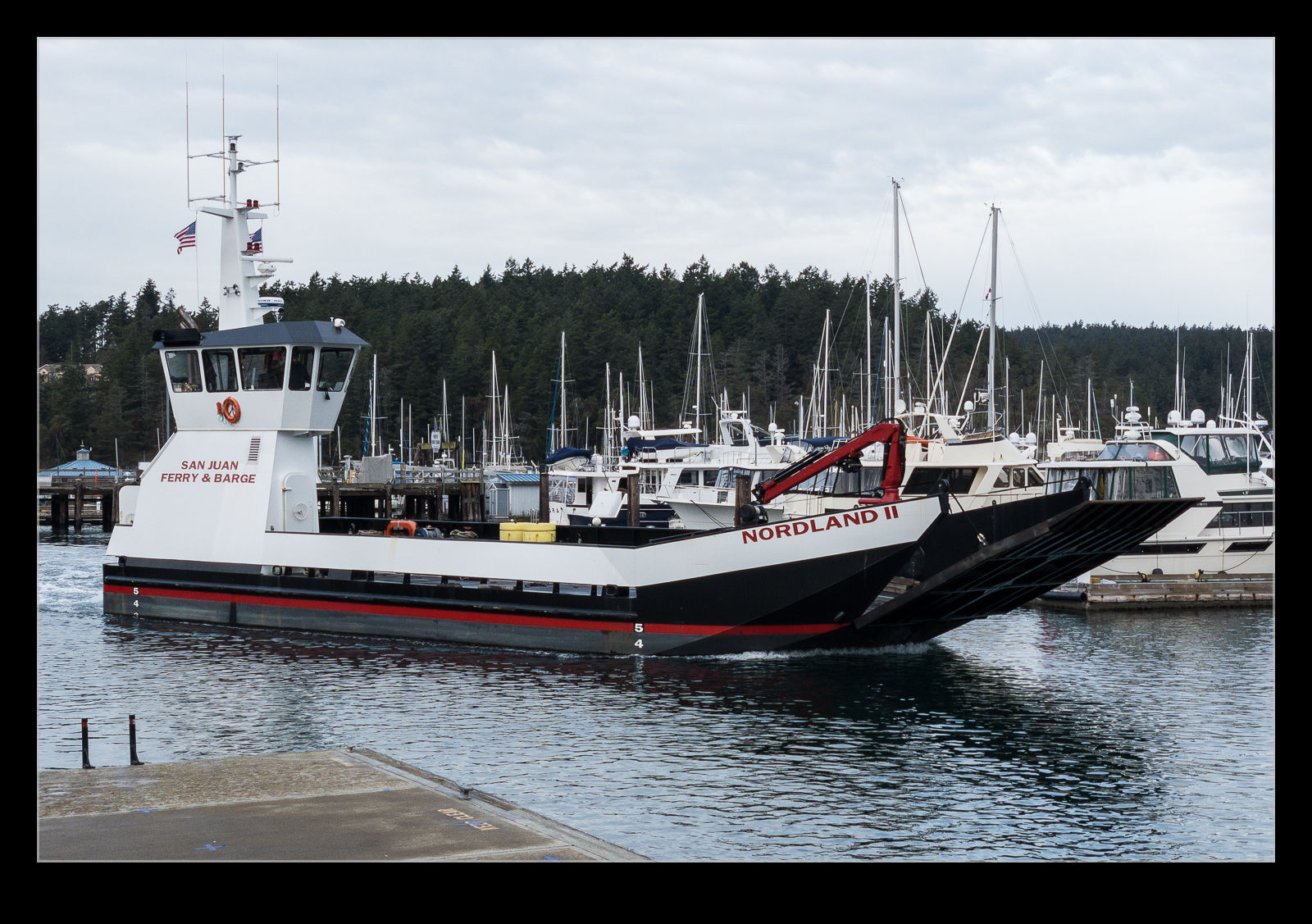 They are based at Friday Harbor and, while we were walking around the waterfront, I saw them in the marina.  The Nordland II was making a trip out so I got a shot as they pulled out (along with a friendly wave from the crew!).  The Henry Island was still moored up so I grabbed some shots of it while I could. 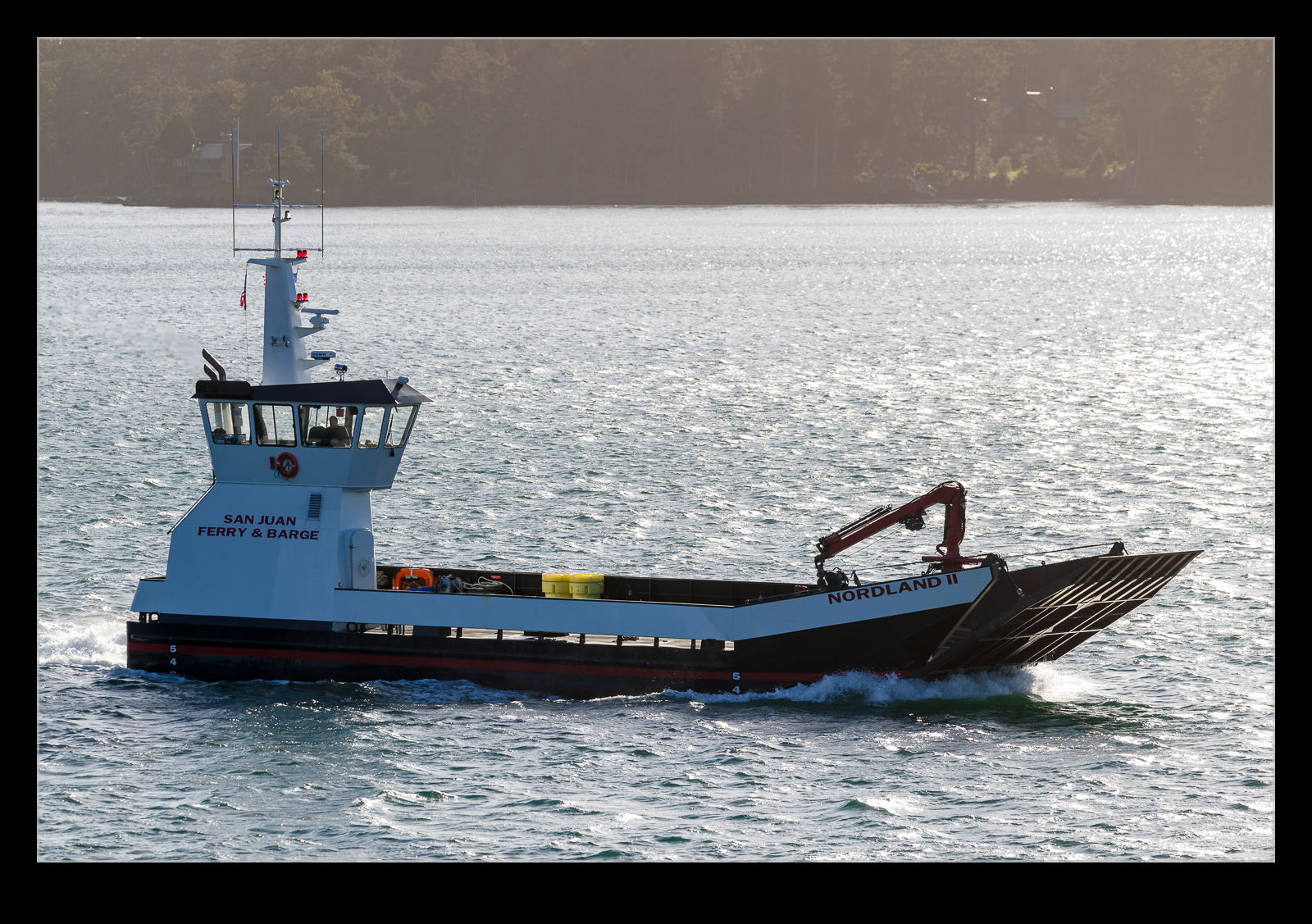 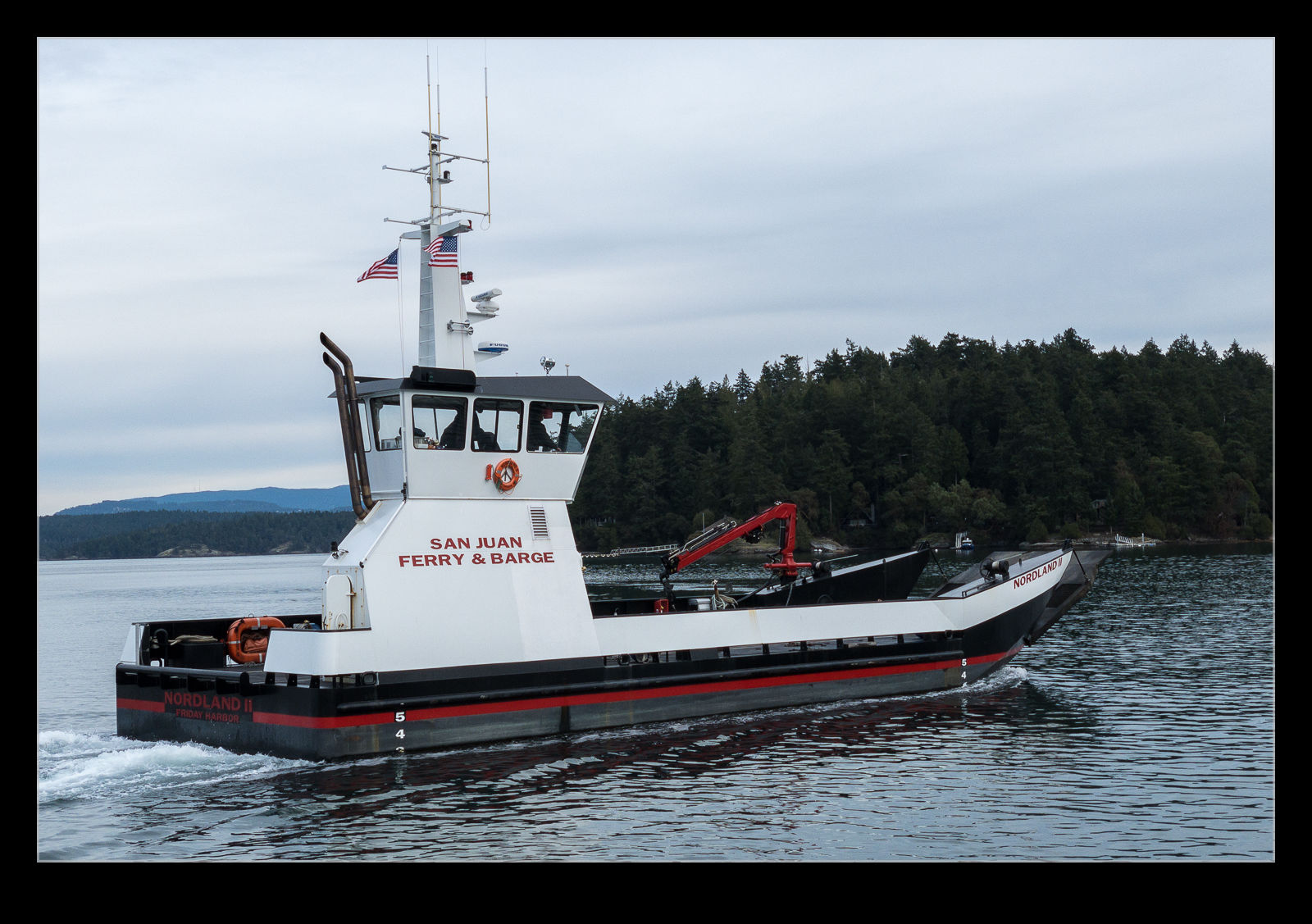