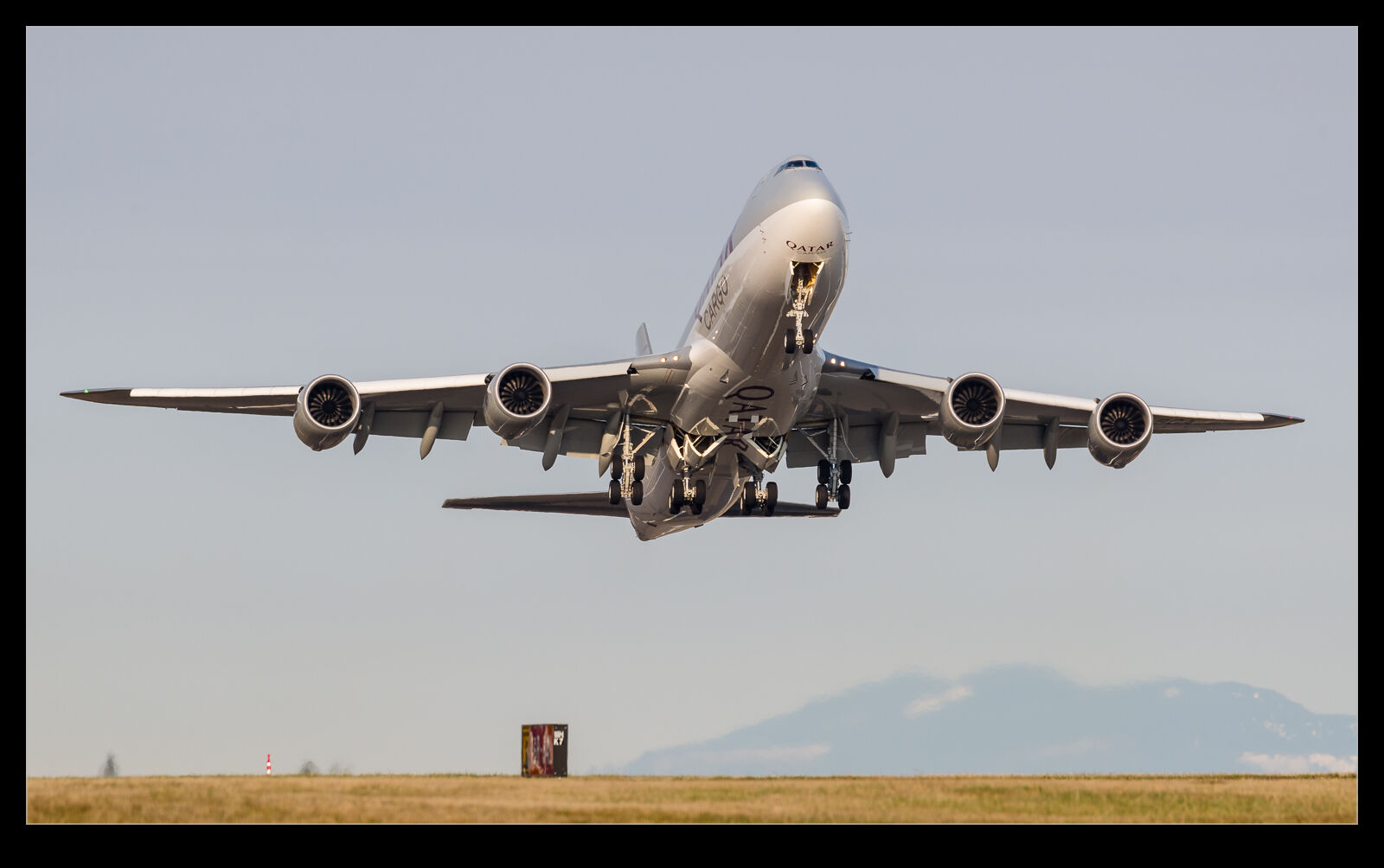 Boeing announced the sale of a couple of 747-8F freighters to Qatar Cargo and then immediately delivered one of them.  I was confused at the time as I thought it would be a while before the deliveries took place, but it turned out that they had sold a couple of jets that had been previously built but had not been delivered.  The second of the jets was recently in flight test.  This jet is quite well known as Boeing had painted it up in Seattle Seahawks colors for a Super Bowl appearance and then for a few follow up flights.  Now it has been repainted and, when I shot it one weekend afternoon, it was close to being ready for delivery. 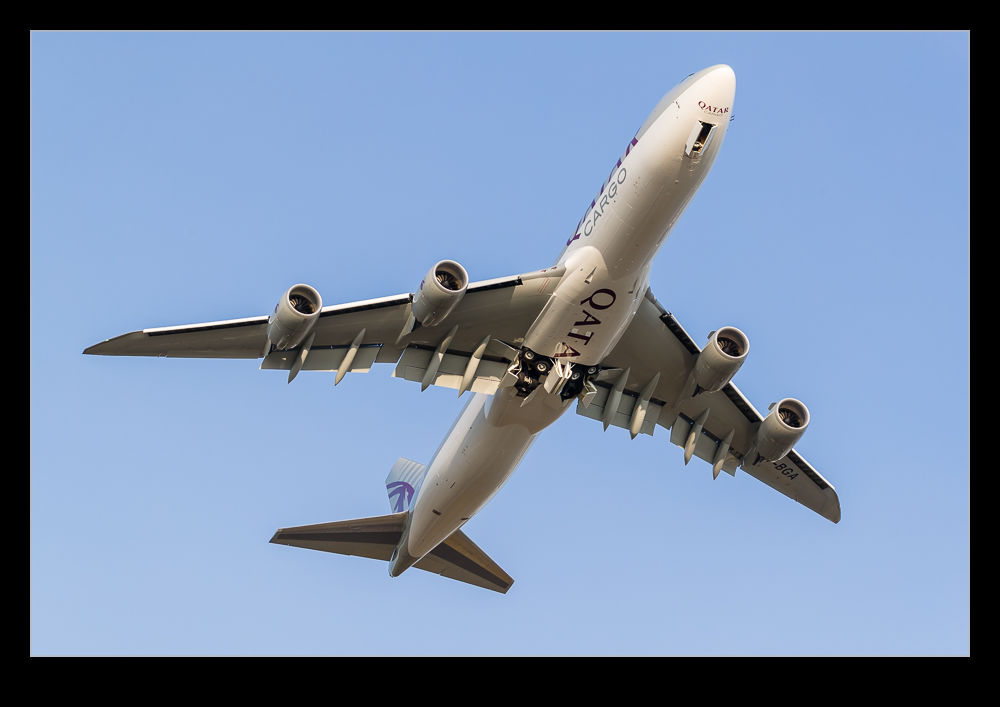 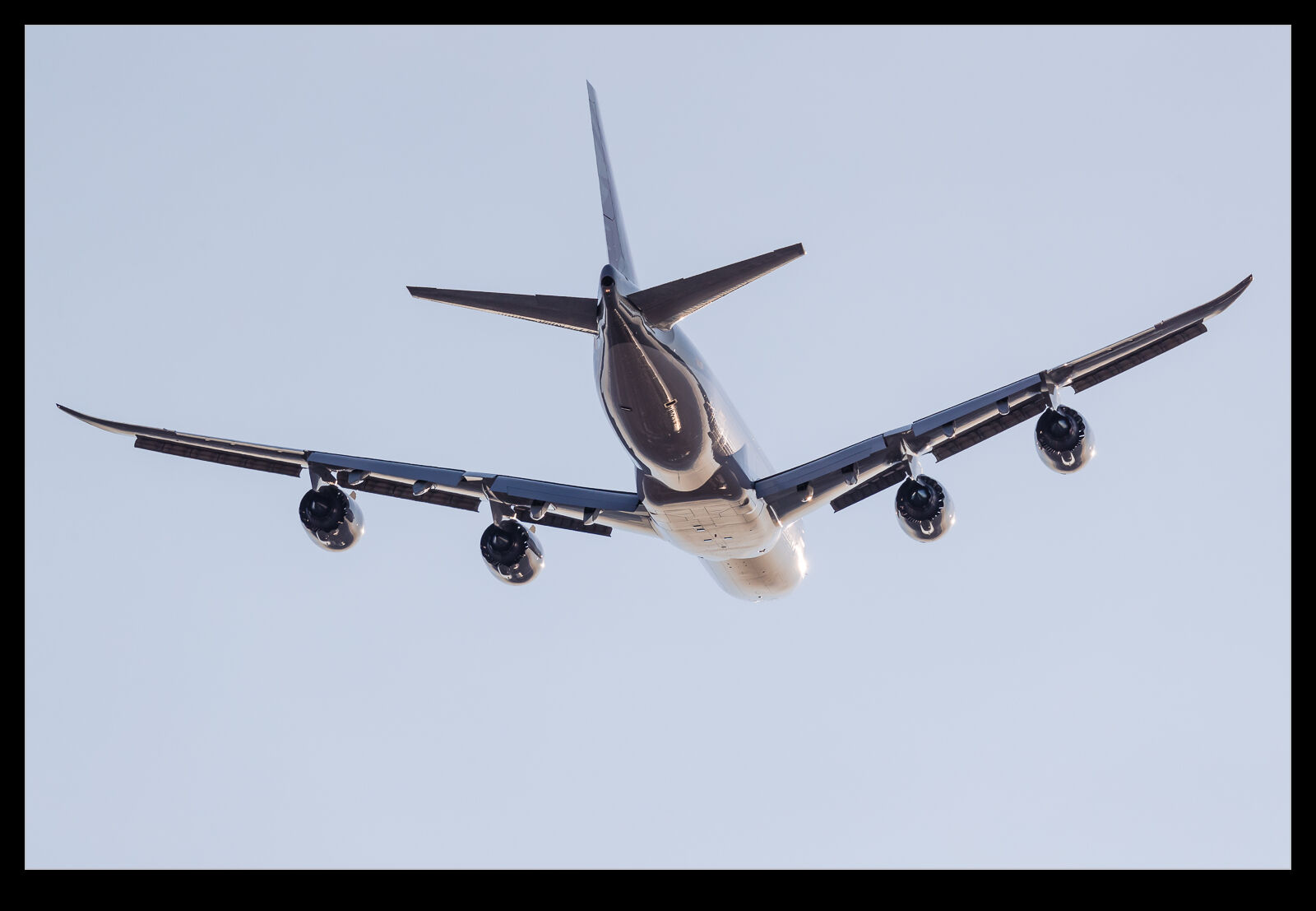