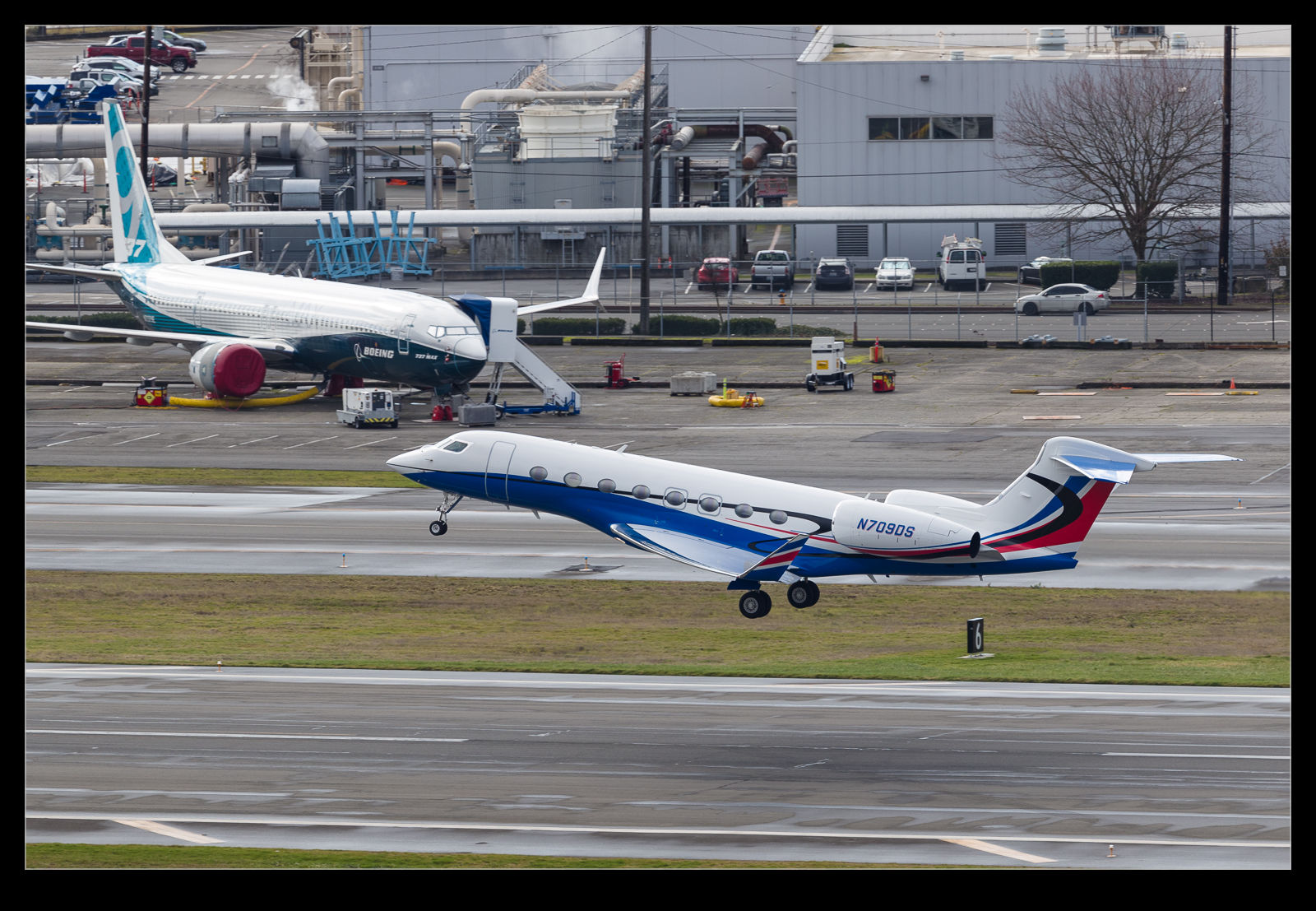 A big bizjet is an appealing looking thing to shoot but the unfortunate thing is that they are frequently quite blandly painted.  If I owned a $60m jet, I probably wouldn’t want to draw too much attention to myself (other than by owning a $60m jet) so I guess it shouldn’t be such a surprise.  However, when one is painted up in a colorful scheme, it is a nice change from the usual. 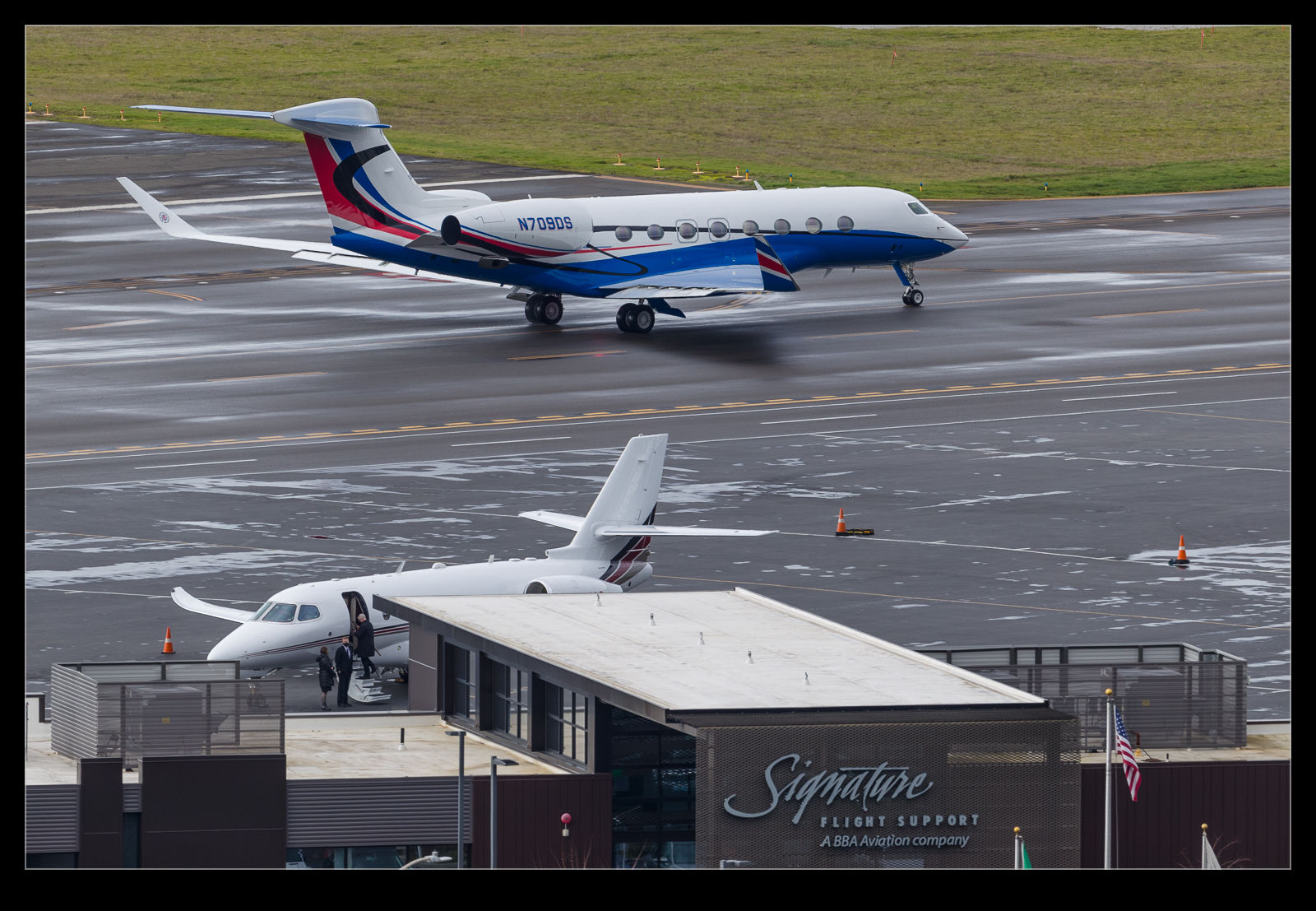 This G650ER is one I think I have seen before but it was making a trip from Boeing Field to somewhere, probably well within the range capabilities of the aircraft.  Given how quickly it got off the ground, I imagine it was not heavily loaded.  It taxied up from the south end of the ramp near Modern Aviation and then held for quite a while for arriving traffic and for its airways clearance.  When it got on its way, it rotated abeam me which worked out pretty well. 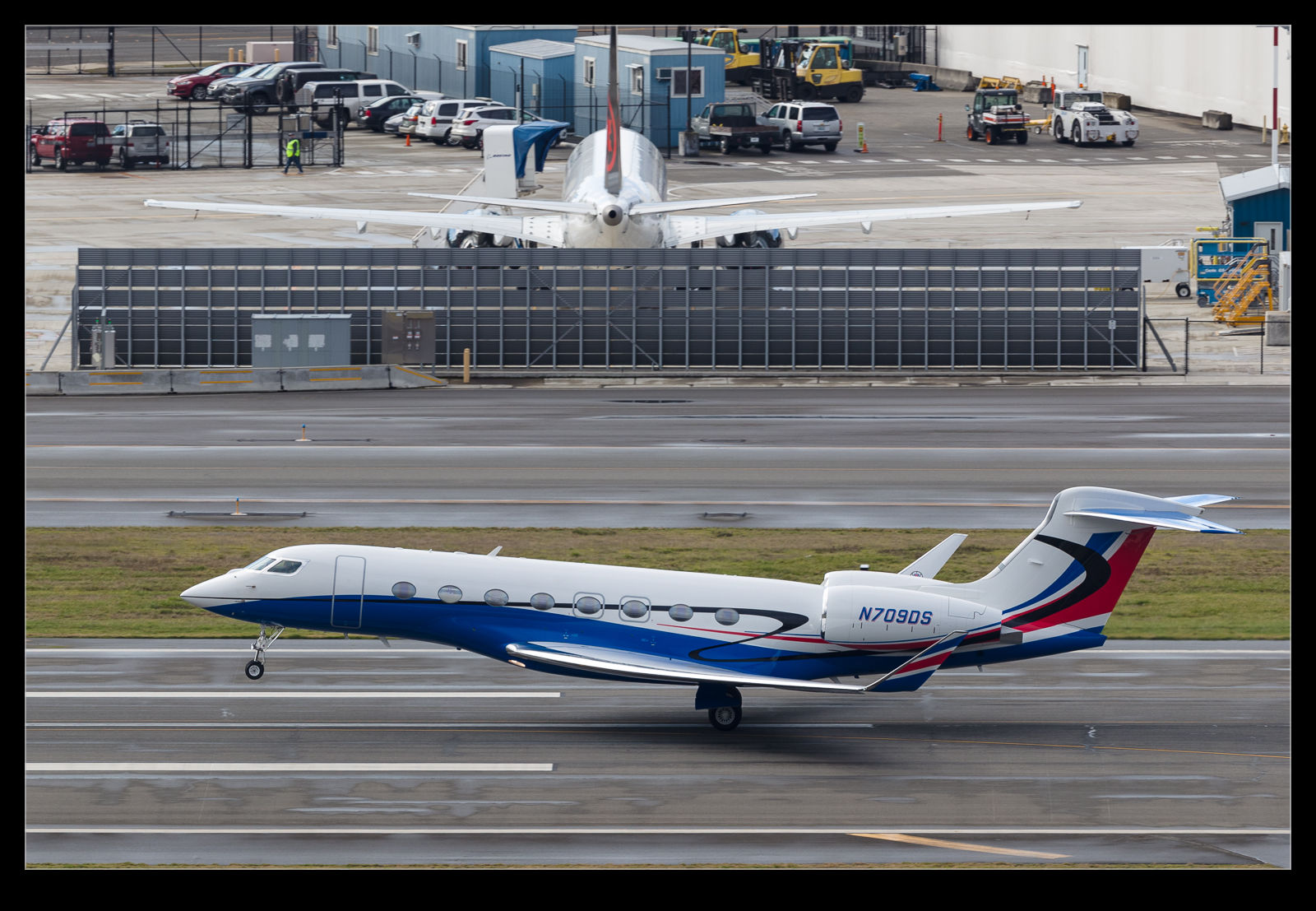