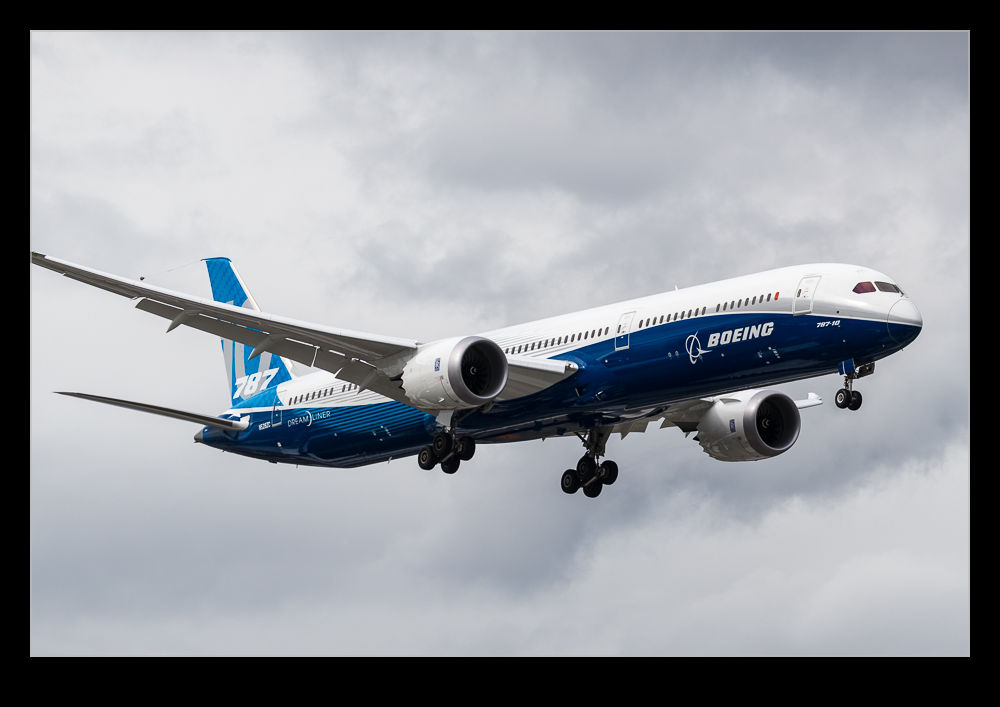 I wrapped up some work in Seattle and was about to head back home when a quick check on FlightRadar24 showed me that the Boeing 787-10 test aircraft was en route back to Boeing Field.  It would be rude to ignore that.  The weather had been pretty crummy and there was plenty of heavy cloud in the area but it looked like it might brighten up a bit and, as the sun went down, there was a chance of it lighting up beneath the clouds.  I sat in the car dealing with some emails and waiting for the arrival. 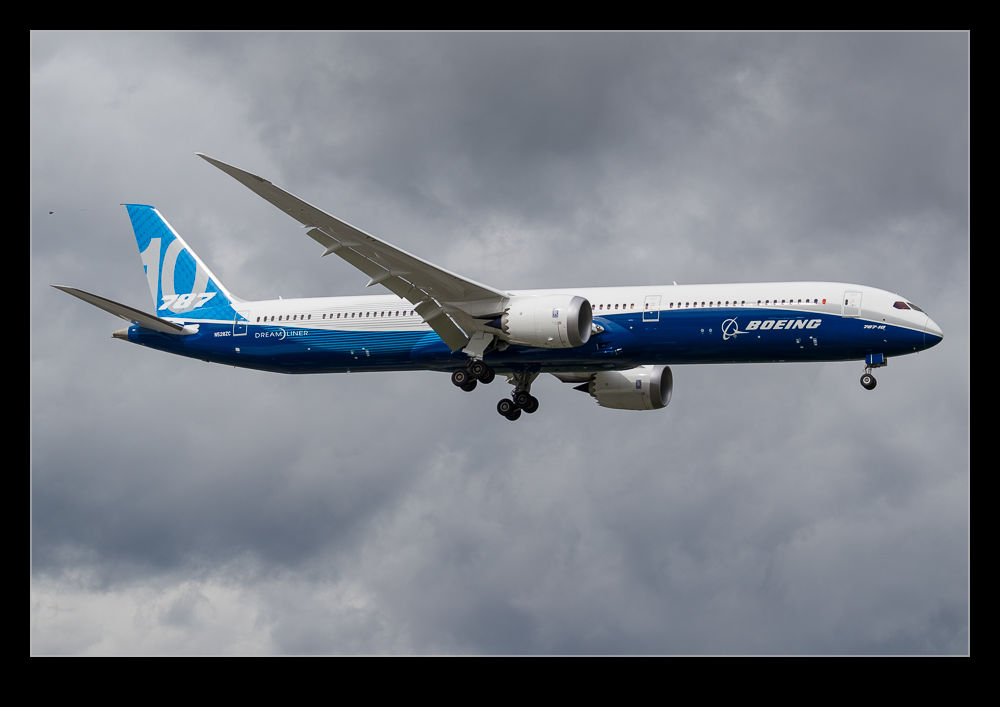 Sure enough, as the time approached, the sun did start to peep out from beneath the clouds.  It was intermittent at first but it became more consistent as Boeing 01 Heavy called up on approach.  Meanwhile, a nice black cloud was still lurking in the background.  What a great combination that type of light makes.  The plane glided down the approach, its trailing static cone hanging from the top of the fin and then it was down.  A nice result.